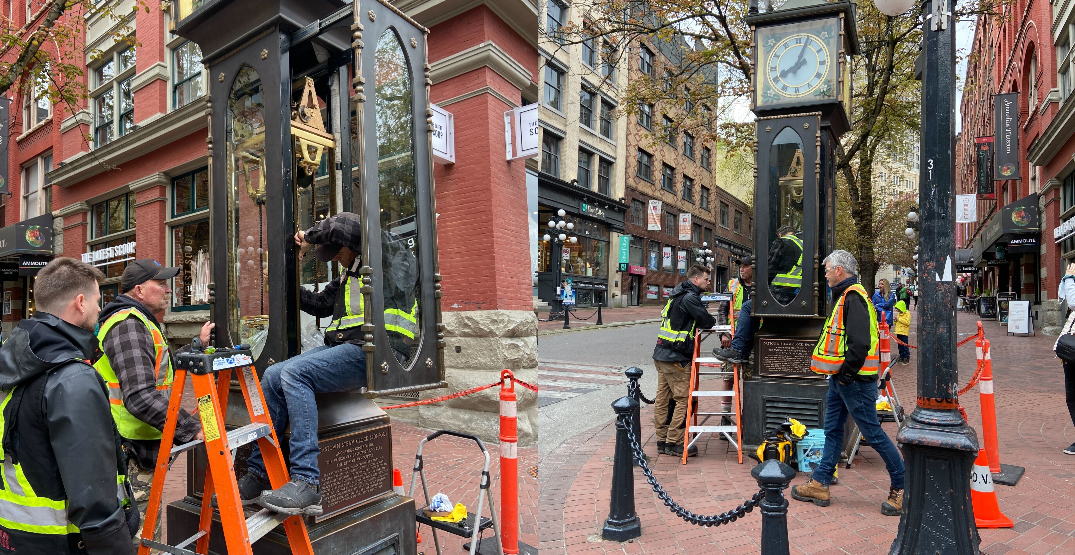 The fate of Gastown’s biggest landmark is about to be sealed.

The City of Vancouver is repairing the steam clock on Tuesday, May 3.

“We were dismayed and disappointed to hear of the vandalism to the iconic Gastown steam clock over the weekend,” the City said to Daily Hive in a statement.

“A glass panel was damaged and is being replaced today. The functioning of the clock itself was not affected.” 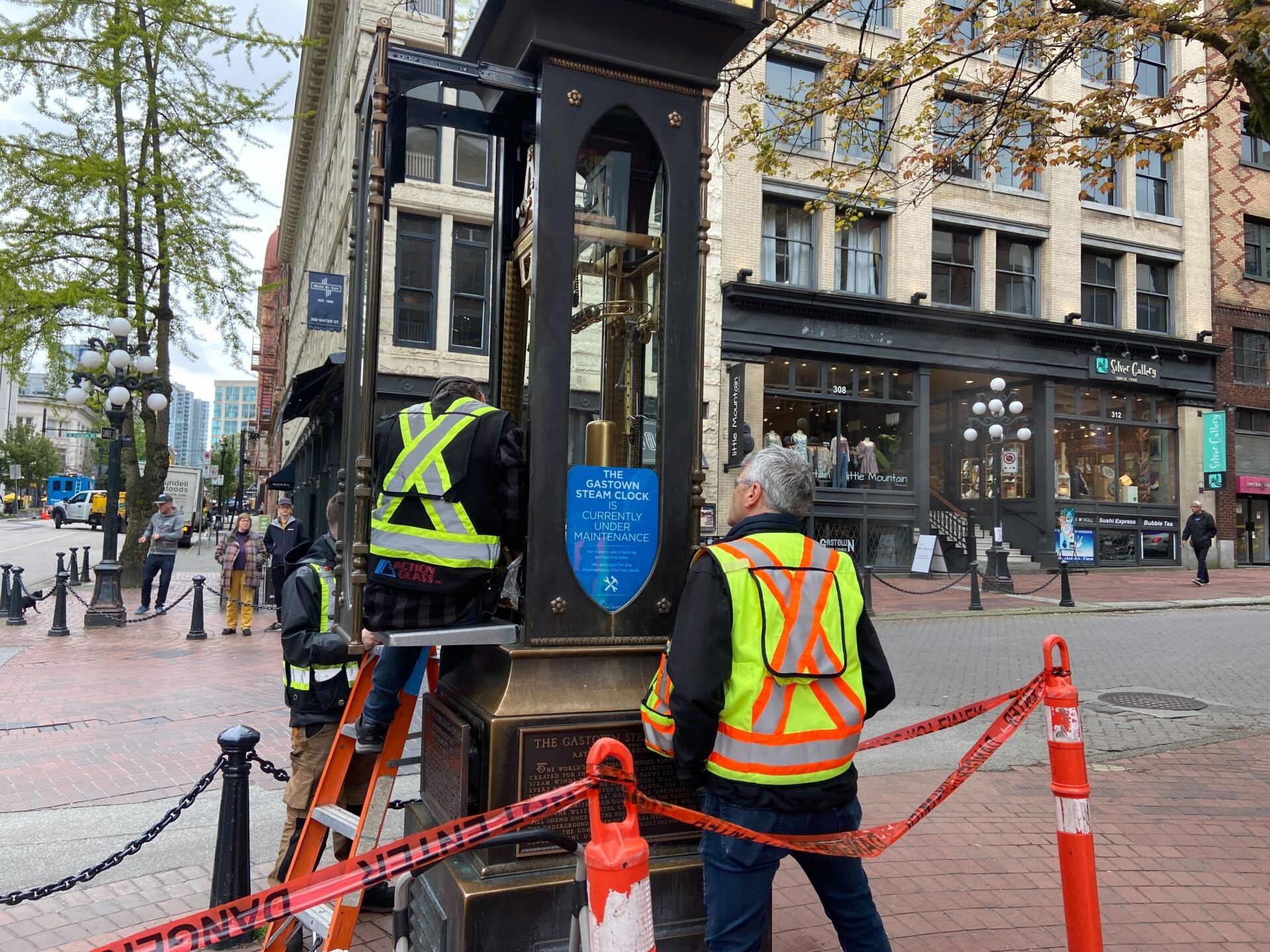 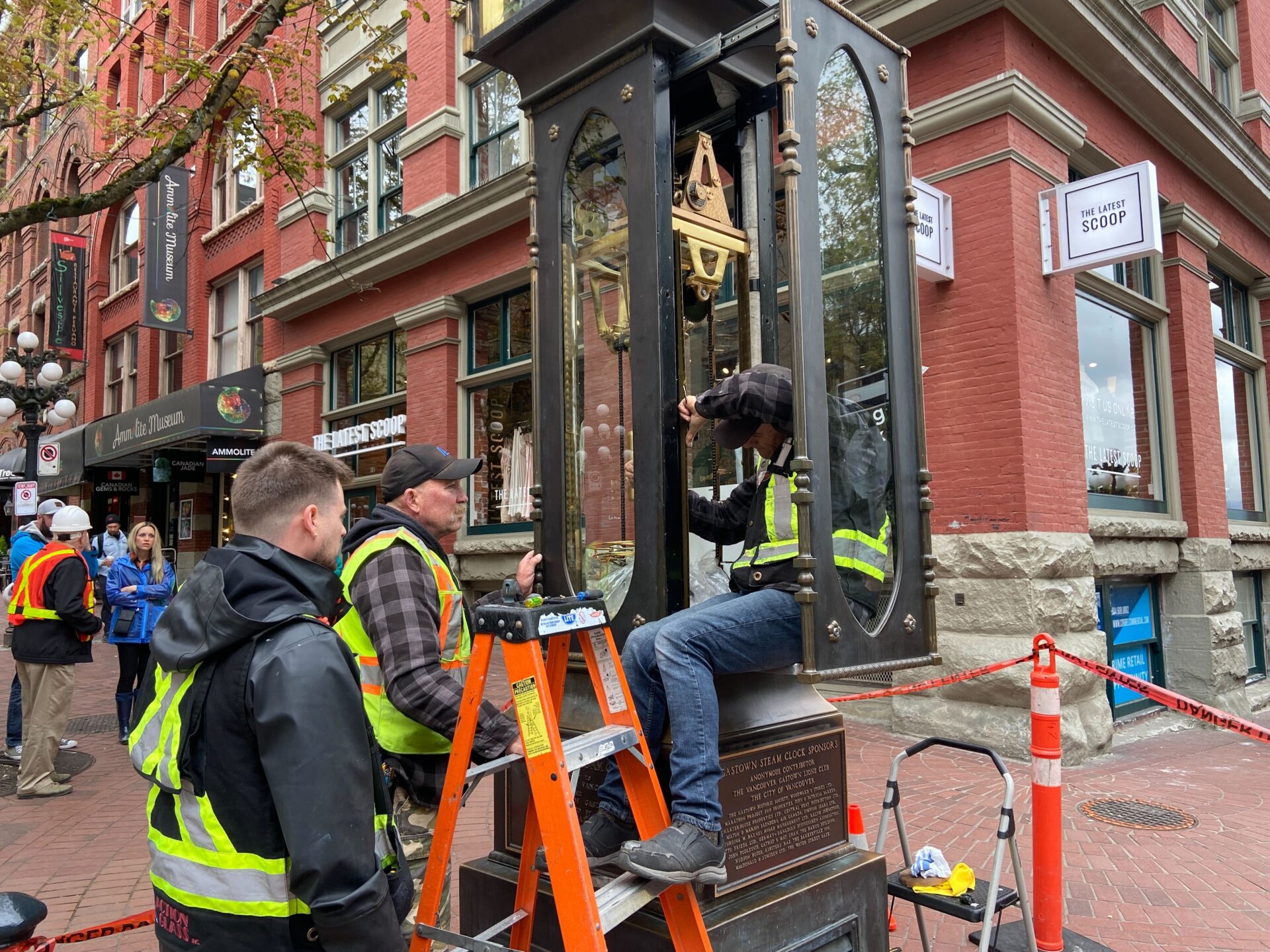 The City also said that the clock’s creator, Raymond Saunders, who built it in 1977, was onsite on Monday, May 2, advising on repairs.

After Daily Hive reported that the steam clock had been broken, the Vancouver Police Department announced that it would begin an investigation. 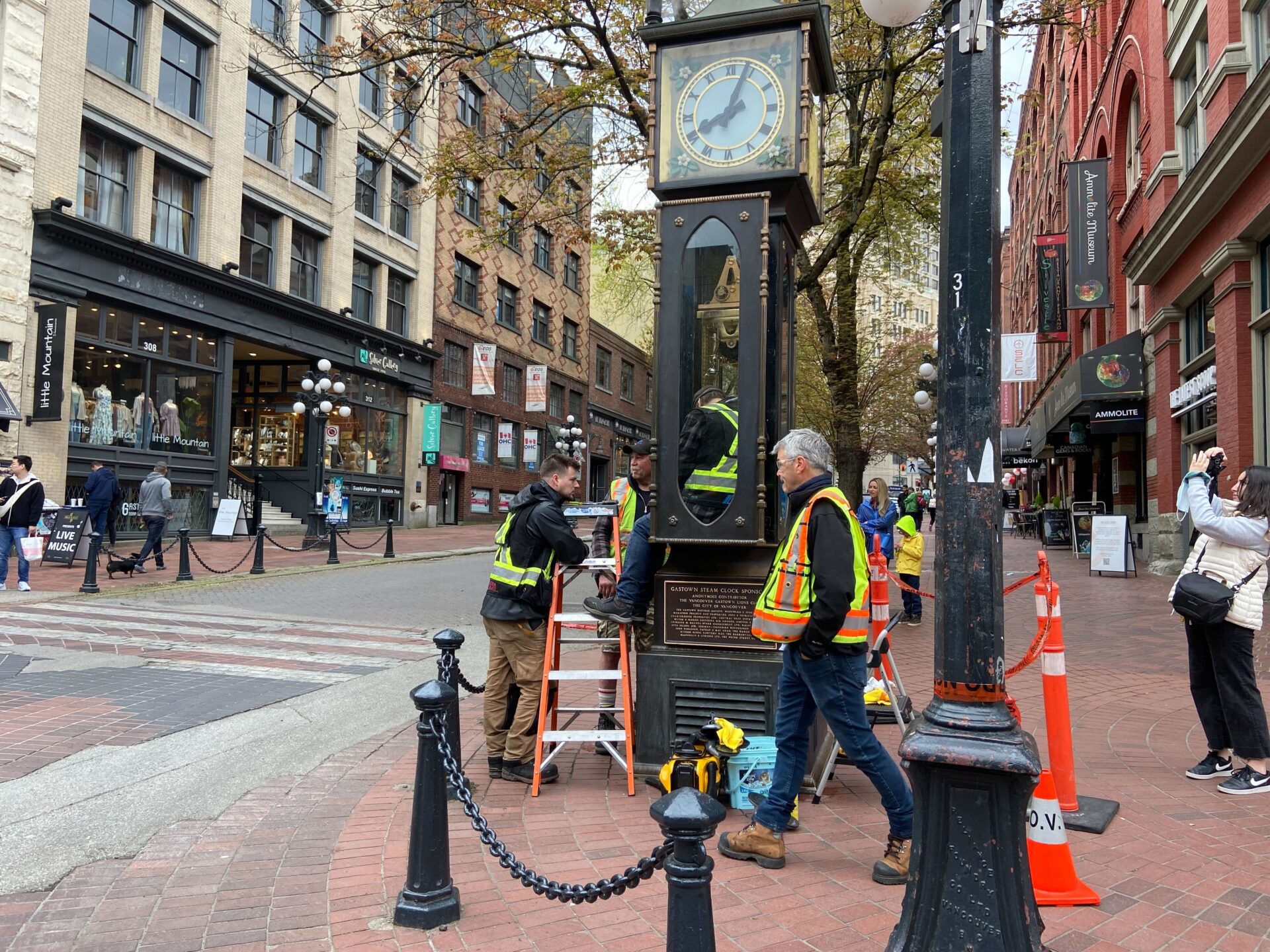 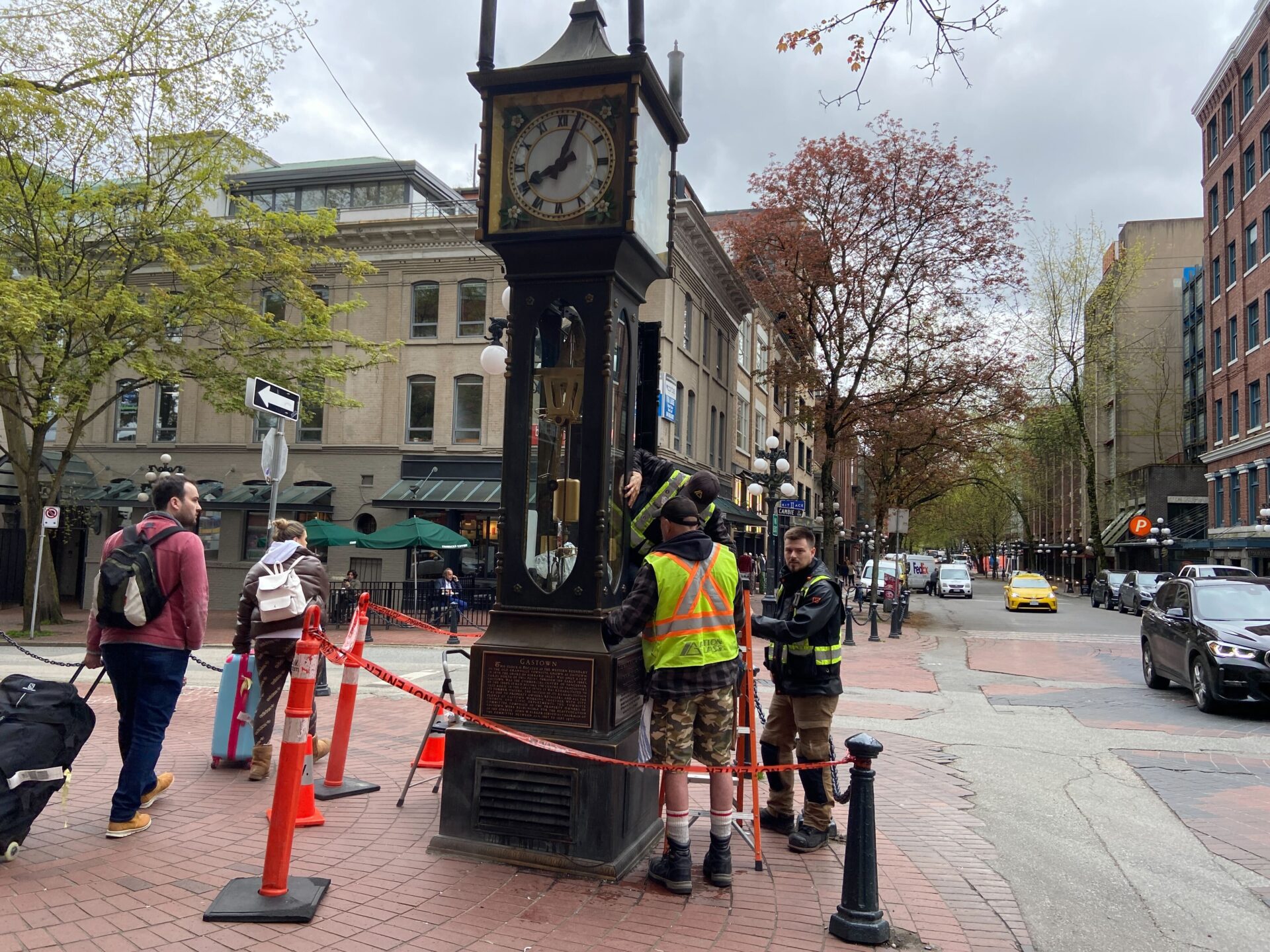 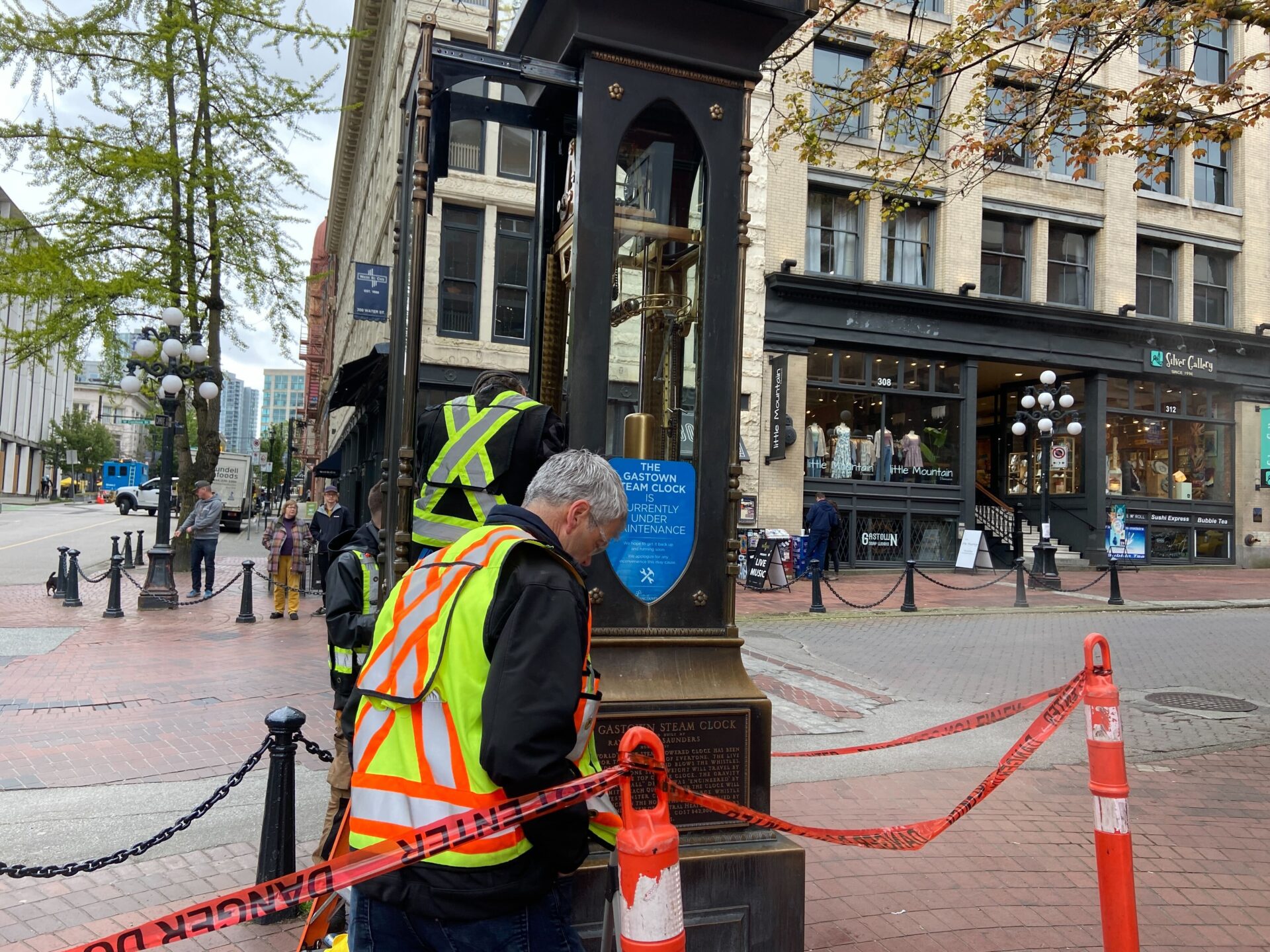 VPD said there were no updates to its investigation on Monday, May 2.

“Pictures of the damaged landmark – a tourist attraction at the corner of Cambie and Water Street – began circulating on social media Saturday night, showing shattered glass on the side of the historic clock,” wrote the VPD in a release on Sunday.

The matter is still under investigation, and police are looking to determine if someone intentionally damaged the clock by gathering evidence and security videos and canvassing for witnesses.

Now, it looks like the clock is about to be fixed up and ready for its close-up.