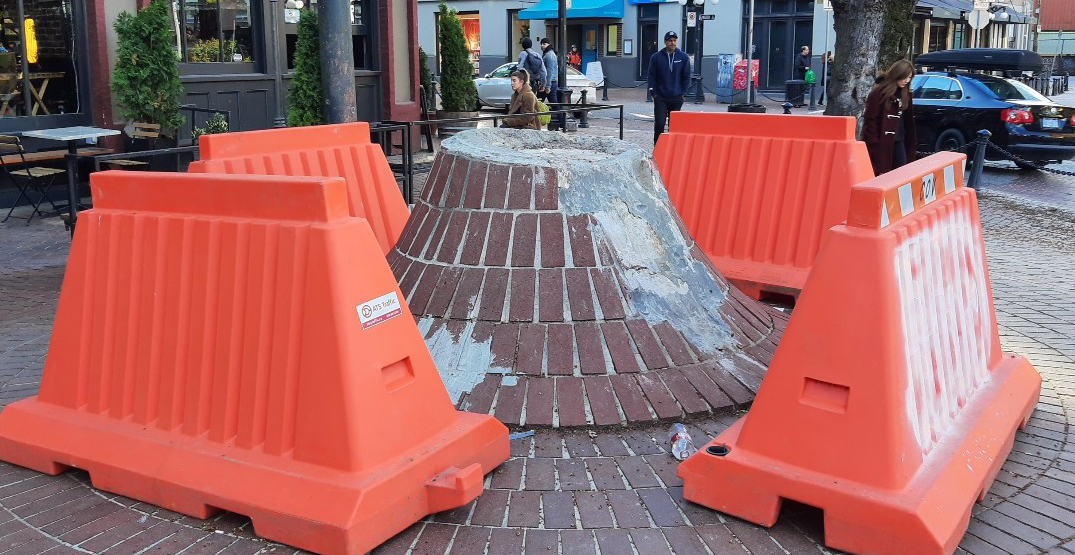 The Gassy Jack statue has been taken down, and there are no plans to put it back up. In fact, even the pedestal will be removed.

On Monday, April 4, the City of Vancouver tweeted out a reminder that crews would remove it in the morning. Any next steps for the statue and for the future of Maple Tree Square will be decided via consultation with the community and with Host Nations, including Squamish Nation.

Reminder: Today at 7am crews will remove the Gassy Jack pedestal due to damage. Next steps for the statue will be determined alongside @SquamishNation. The future of Maple Tree Square will be determined through broader consultation with the Host Nations, & community engagement. pic.twitter.com/CXMy3shukX

The stump of Gassy Jack’s statue has been empty since Monday, February 14 after demonstrators pulled it down and covered it in red paint during a memorial march.

At the time, protesters had gathered as part of the annual Women‘s Memorial March for murdered and missing Indigenous women, girls, and two-spirit people. 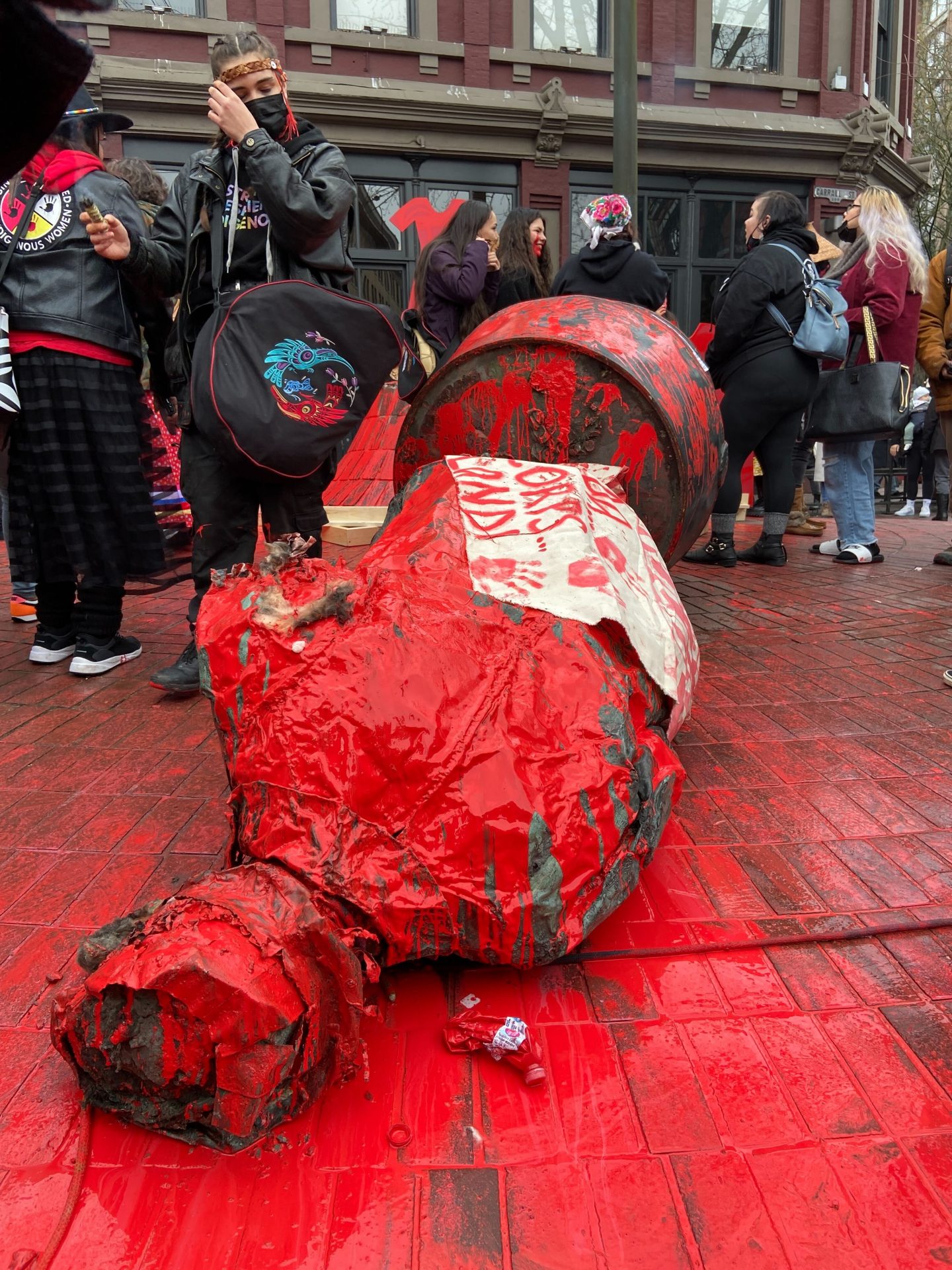 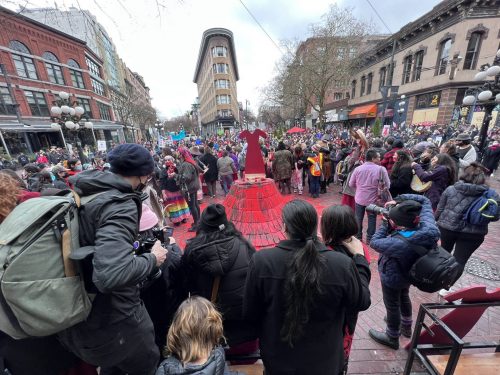 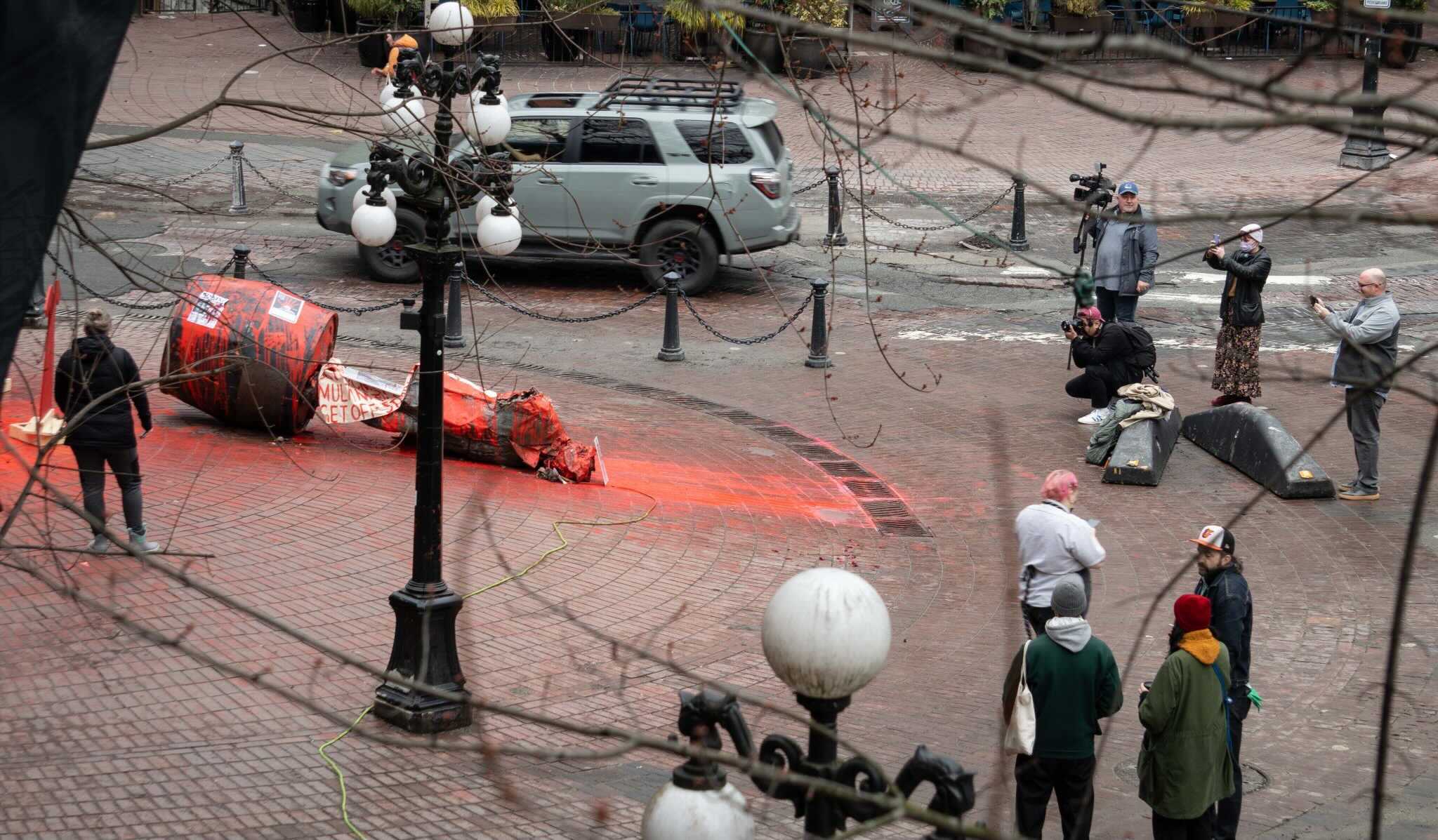 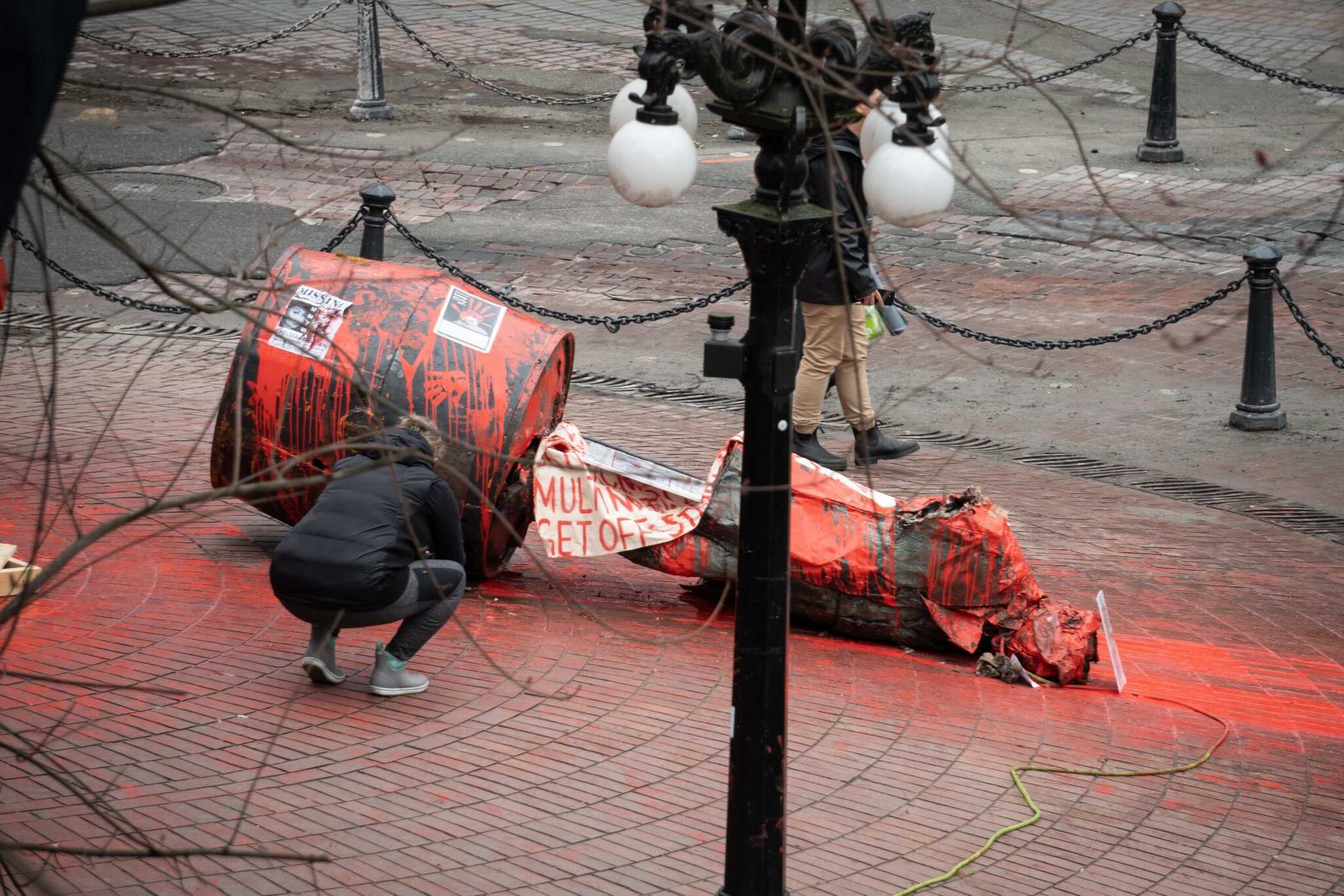 In June 2020, the Squamish Nation released a statement that sheds more light on the history of Gassy Jack, saying that he immigrated to Squamish Nation territory from England.

He married Squamish women and has descendants in the community today.

So, the City of Vancouver will be including the Squamish Nation in an ongoing conversation about their history and ancestors, and are set to be involved in “any decisions about the telling of our people’s history or actions taken in our people’s name.”