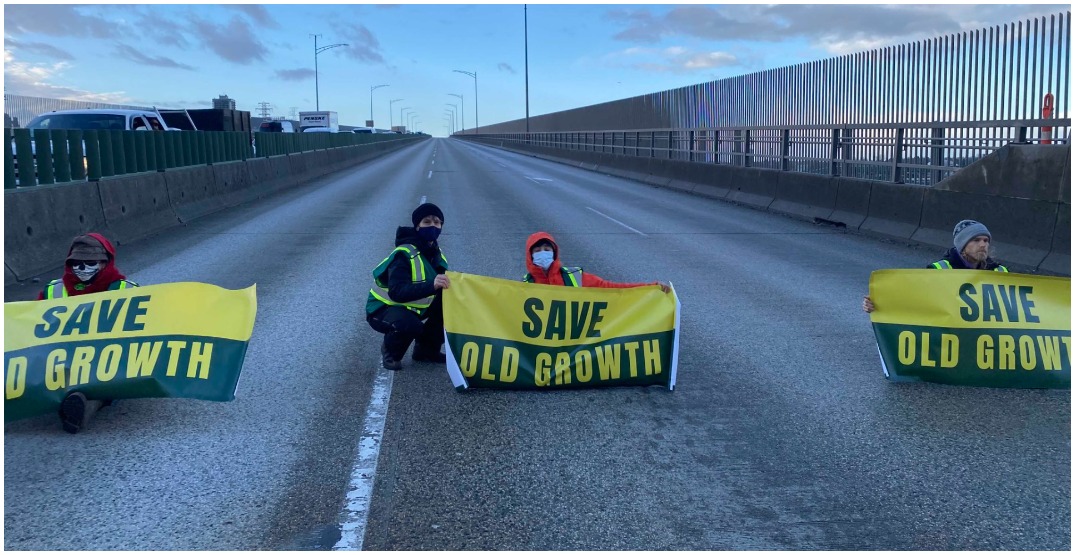 Protesters blocked traffic on the Iron Workers Memorial Bridge this morning as they continue to call for a ban on old-growth logging.

#VPDScanner Four protesters were arrested for blocking rush-hour traffic on the Iron Workers Memorial Bridge this morning. The protesters are being taken to jail and will face multiple charges related to mischief and blocking the roadway. #VPD thanks commuters for their patience. pic.twitter.com/7Pv8nn5O7F 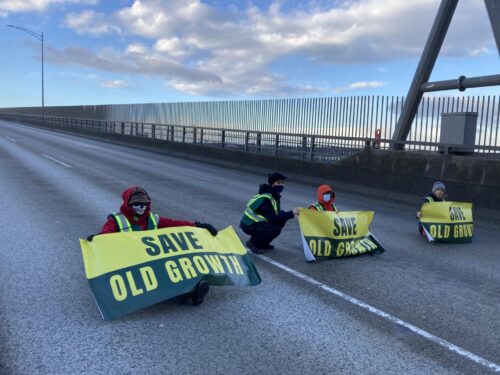 In a release, Save Old Growth says protesters returned “to the Trans-Canada Highway this morning as the government has still not acted to pass legislation to immediately end all old-growth logging in British Columbia.”

DriveBC warned commuters heading off the North Shore to expect congestion on the bridge on Monday morning.

“Following the first wave of disruptions in January, which resulted in 54 arrests, Save Old Growth had paused to give the government time to pass legislation however there has been no action or statement from the government and so disruption of the highway will resume at an escalated intensity, starting this morning.”

Around 8:30, traffic started moving once again.

The Iron Workers Bridge is now open in both directions. pic.twitter.com/v8cryVCRD3

The group says disruptions were taking place in Vancouver, Victoria, and Nanaimo on Monday.

“On our current path, we are looking at the destruction of our society, the economy, and the loss of many many more lives, right here in BC, in the next 10 to 20 years. The government has known this for decades and done nothing to safeguard our future,” said a spokesperson for Save Old Growth.

In addition to the highway disruptions, seven supporters of Save Old Growth have begun a hunger strike calling for a public meeting with Katrine Conroy on the protection of the last remaining old-growth forests in BC.

Daily Hive has reached out to the Vancouver Police Department for more information.