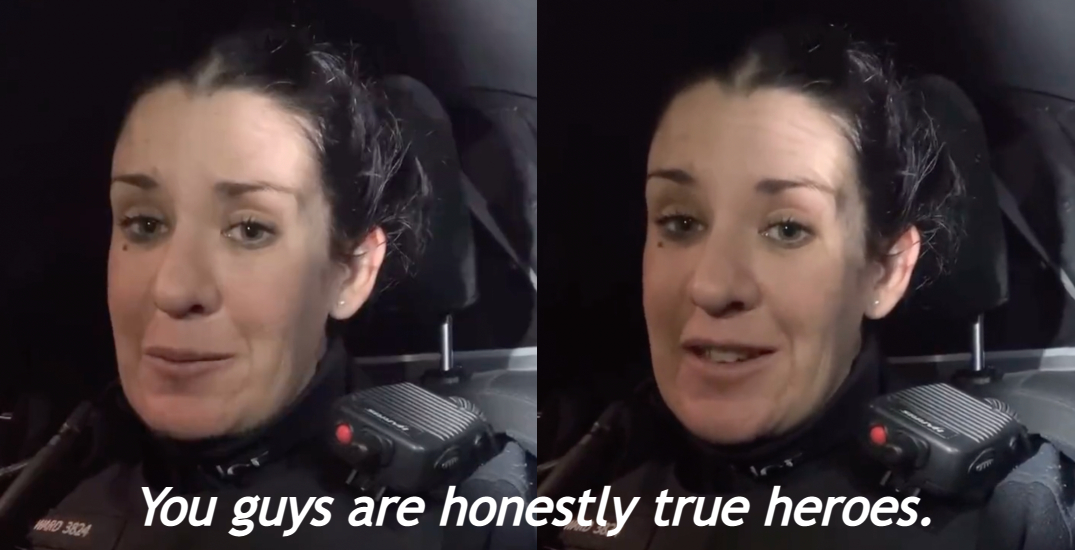 An Ontario cop has been charged nearly three months after posting a video on social media expressing her support for the so-called Freedom Convoy protesters.

Erin Howard, a constable with Durham Regional Police Services (DRPS), gave a shoutout to the truckers participating in the anti-government mandate occupation. “I really think what you’re doing is incredible,” she said in the video posted to her Twitter account in January.

Erin Howard of @DRPS ? Doesn’t seem appropriate to publicly support blocking highways and border [email protected] in uniform, but not sure their policy on this. 🤷‍♀️ pic.twitter.com/fG9el39mOk

“I will be in Ottawa when you guys roll in. I’m going to be speaking on behalf of Police On Guard, and we’re thrilled — thrilled and honoured — to be there,” she says. “I can’t wait to meet you guys. Hope to talk to a lot of you in person!”

Police On Guard, the collective Howard mentions, defines itself as “a group of active duty and retired police officers who have assembled to create a haven of truth and justice for all members of law enforcement and the public.”

On their website, they call the COVID-19 safety Public Health orders “unconstitutional,” adding that they have “tainted the reputation of Canadian Law Enforcement.”

Howard’s video received support and backlash, especially since the constable is in uniform. Howard has since deleted her Twitter account.

Soon after the video was posted, the DRPS tweeted that they were aware of it and that the views expressed did not reflect the opinions of DRPS.

We were made aware today of a video circulating on social media from one of our uniformed members regarding the Freedom Rally. The views expressed in that video do not reflect the views and opinions of DRPS. We are currently looking into this matter.

Over a phone call, the media department at DRPS confirmed to Daily Hive that Howard is facing disciplinary charges.

People are divided on the news. Some believe Howard should have been fired, while others believe the charges violate her freedom of speech.

This police officer failed to uphold her oath to serve and protect the public. Turn in your badge and gun, ERIN HOWARD!https://t.co/fp9ogZZpMa

Smokescreen Alert: if Constable Erin Howard gets charged your party leadership is an actual dictatorship and you have declared war on your own people – Freedom Of Speech matters 🤐

Howard’s hearing is scheduled for May 5 and will be held virtually over a conference call.