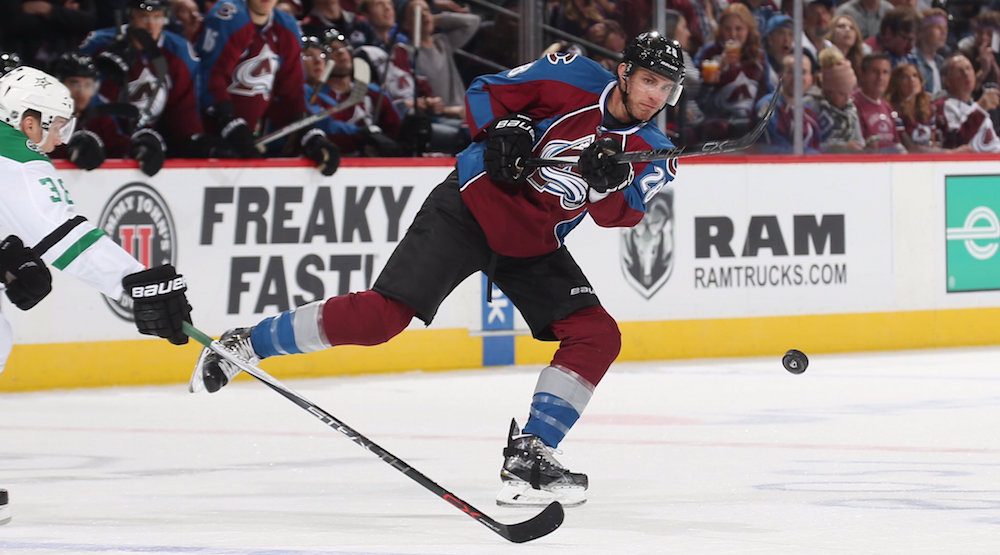 Canucks GM Jim Benning has been a busy man on the first day of free agency in the NHL, plugging a number of holes.

That includes signing defenceman Patrick Wiercioch to a one-year, one-way contract worth $650,000.

“Patrick has excellent mobility for a player his size and possesses a big shot from the point,” said Benning. “He’ll add to our depth on the blue line and we’re excited to give him the opportunity to play for his hometown team.”

This is a homecoming for the Burnaby product. A former member of the Burnaby Express in the BCHL, Wiercioch was a second-round draft pick by the Ottawa Senators in 2008.

Since then, Wiercioch’s stock has dipped.

He played for a dreadful Avalanche team last season, scoring 12 points (4-8-12) in 57 games. He was a depth defenceman for the league’s worst team, playing just 16:39 per game.

Analytics didn’t tell a great story for Wiercioch, who was last among all Avs regulars on the blueline in Corsi-for percentage (46.6%) last season. That’s an aberration though, as Wiercioch was consistently one of Ottawa’s best performers among defencemen in the Corsi category.

The 26-year-old still has a lot to prove, but he’s in a good organization for that. Not blessed with a ton of talent, Vancouver is the land of opportunity right now.