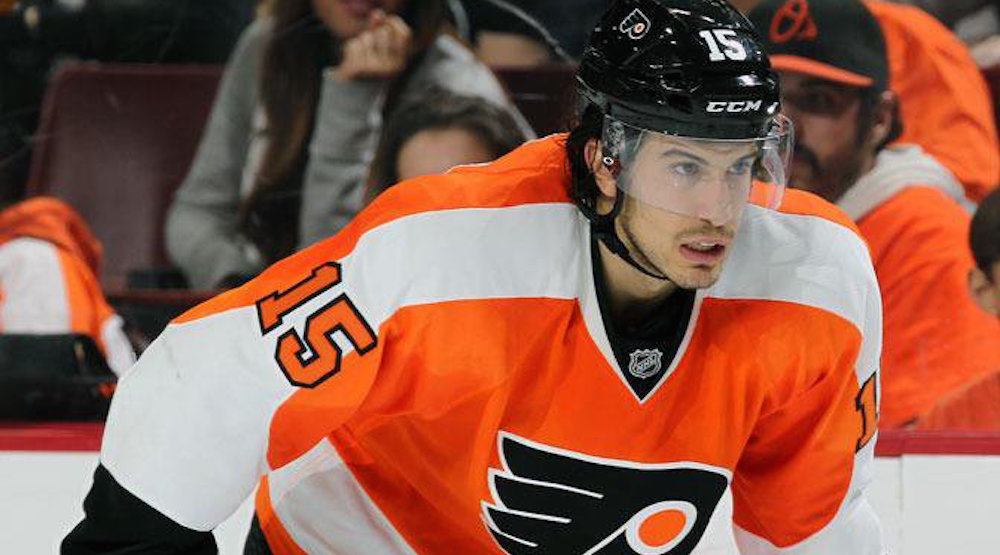 The Canucks have bolstered their blue line, signing defenceman Michael Del Zotto to a two-year contract on Saturday.

Del Zotto’s contract will carry a $3 million cap hit, which is excellent value for the 27-year-old.

“Michael is a mobile, playmaking defenceman who adds depth and scoring to our blue line,” said Canucks GM Jim Benning. “His ability to log big minutes and contribute in all situations will help our team be competitive every night.”

A left-shot, Del Zotto fills a spot on the Canucks defence that was left vacant after Luca Sbisa was picked by Vegas in the expansion draft last month. Quite frankly, he’s an upgrade.

Not only is Del Zotto cheaper than Sbisa, he can do more. While he’s not as physical as Sbisa, he’s more dependable in his own end and he’ll make more of an impact offensively.

The question for Del Zotto is if he can stay healthy, given he has missed 79 games over the past three seasons.

Throughout his career, the 6-foot, 195-pound defenceman has been able to provide offence, although he hasn’t racked up many points with the man advantage the past two seasons. Del Zotto had a career-high 22 power play points in his rookie season with the New York Rangers in 2009-10. His highest overall point total was 41 back in 2011-12.

Given the lack of offensive punch from Vancouver’s back-end, the offensive blueliner should get every opportunity to contribute on the power play. The Canucks ranked second-last in goals and power play efficiency last season, and Del Zotto should certainly help in that regard.