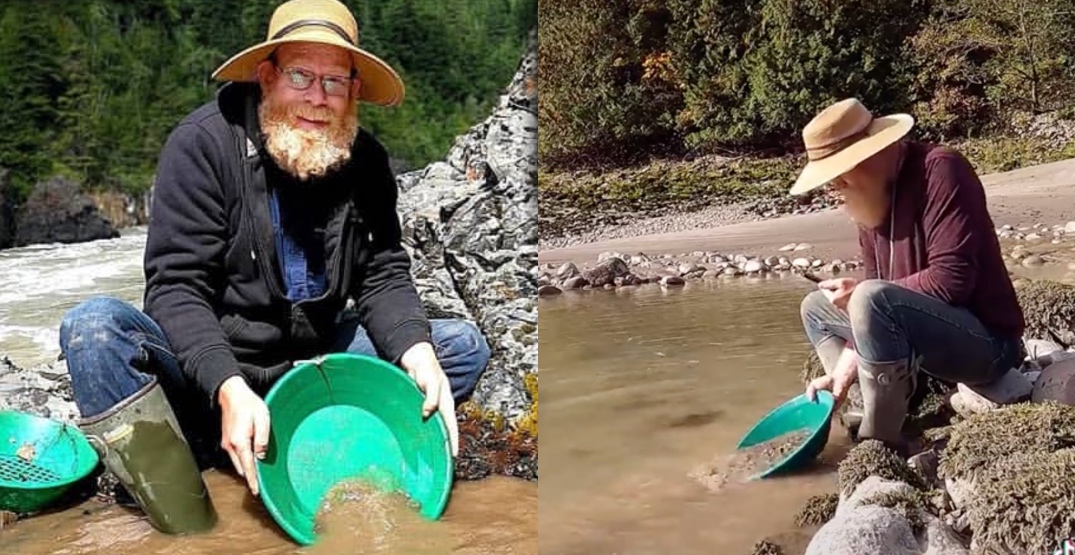 The mighty Fraser River is apparently full of gold, according to a local prospector who demonstrates how easy it is to find tiny nuggets just about anywhere in its banks.

Prospector Dan Hurd took to TikTok to show you exactly how you, too, can pan for gold in the Fraser River.

“They say there is gold everywhere on the Lower Fraser,” said Hurd in a video.

He chose a random spot and dug a pan’s worth of material up before panning it in the nearby water. After some time lapsed, he was left with real gold flakes.

Prospector Dan is an educator who loves geology, mining, and prospecting and shares what he knows through social media, like on his YouTube channel, where he has 819,000 followers.

Gold was “discovered” in the Fraser River in 1857, and then a gold rush ensued where close to 30,000 people poured into the province in seeking their fortunes.

The Fraser Canyon, between Hope and Yale, is where the most gold was found, but the gold rush died down just 10 years after it was first discovered.

A great place to learn about BC’s gold rush history is at the Fort Langley National Historic Site, but bold and enterprising prospectors-to-be can also try panning for gold on the Fraser themselves.

Daily Hive has reached out to Dan Hurd for more information and will update this story.