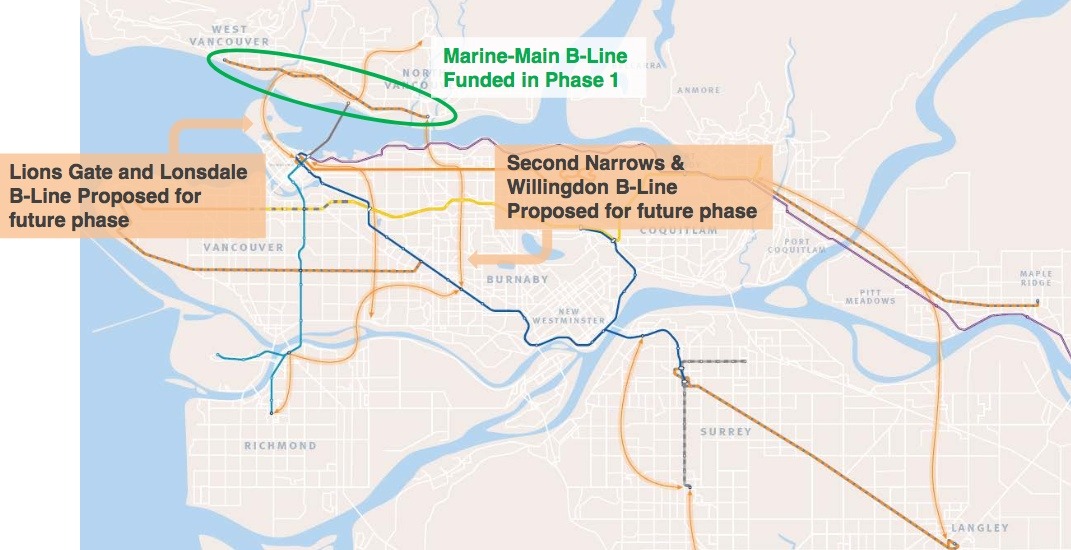 Map of the six additional B-Line routes envisioned for the future in the 2020s. (TransLink)

Almost every corner of the region could be connected by a B-Line rapid bus service in just a few years from now, and this is on top of the four new routes that will be launched in 2019. 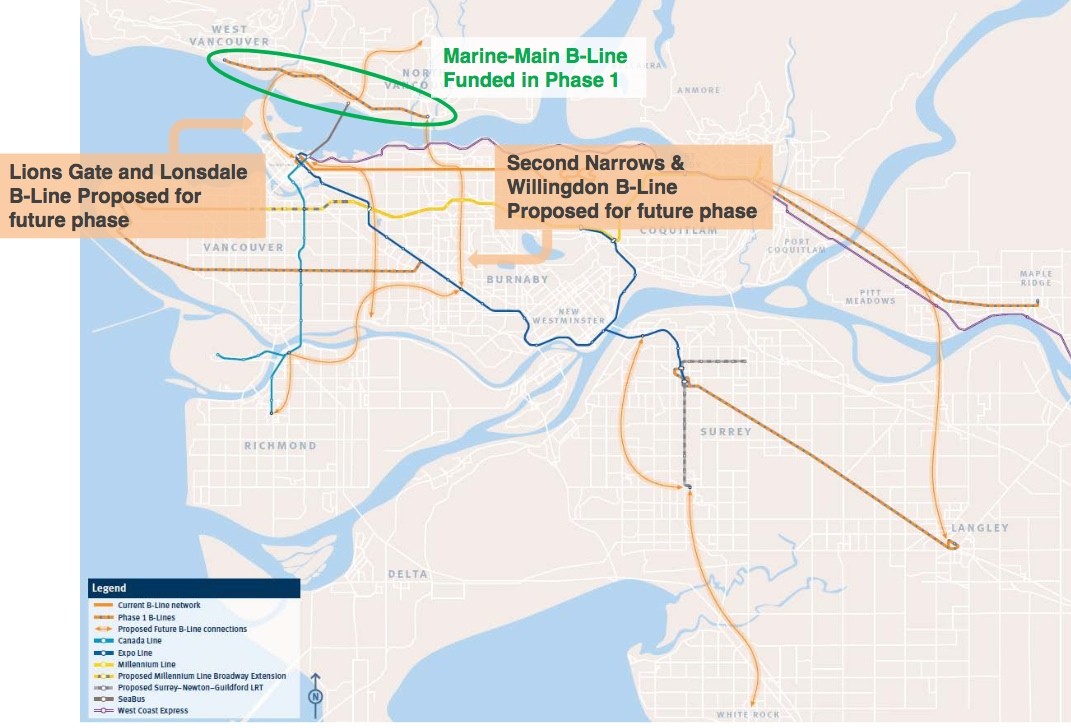 Map of the six additional B-Line routes envisioned for the future in the 2020s. (TransLink)

Subject to the finalization of funding commitments, these routes could be operational in the 2020s.

All of this is in addition to the four announced and funded B-Line routes – part of the Mayors’ Council’s $2-billion phase one transit expansion plan approved in late-2016. These four routes will launch by the end of 2019: 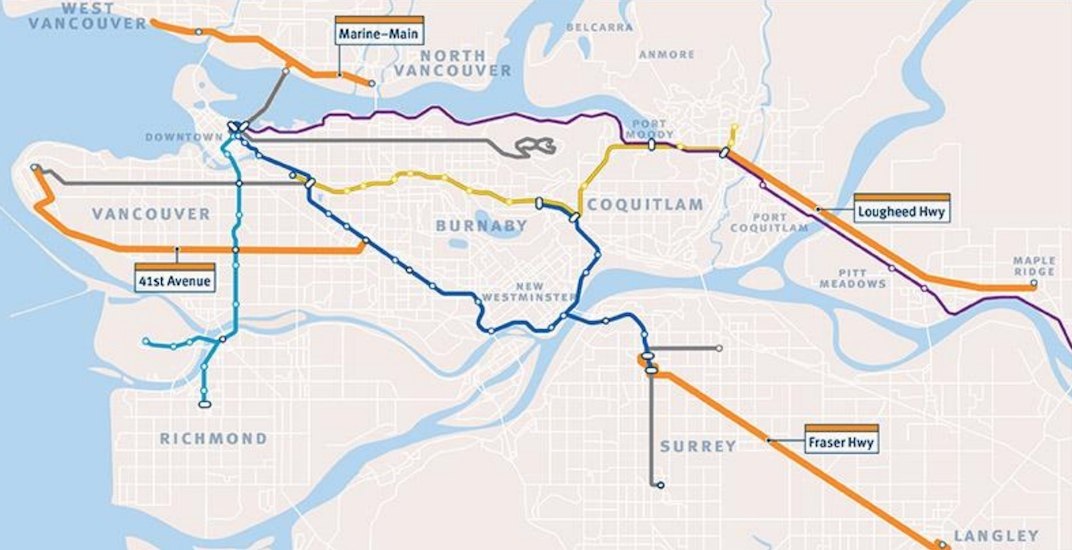 These phase one routes are:

Altogether, this brings the potential number of B-Line routes in the region to as many as 13 routes – up from the three existing today, with the 99 UBC/Broadway, 96 Surrey Guildford/Newton, and 95 SFU/Burrard Station.

TransLink also plans to enhance the B-Line routes with separate branding and features that will enhance the speed and reliability of the services, such as extensive traffic signal priority, bus-only lanes, and queue jumpers.

There will also be new special bus shelters with real-time information screens displaying the current time and time of arrival of the next buses and accessibility elements such as yellow tactile pads.

And the articulated three-door bus vehicles that all B-Line routes use will see improvements as well, including onboard Wi-Fi, dynamic onboard wayfinding, line diagrams on buses, and a new exterior bus livery that clearly identifies the B-Line as a superior bus service.