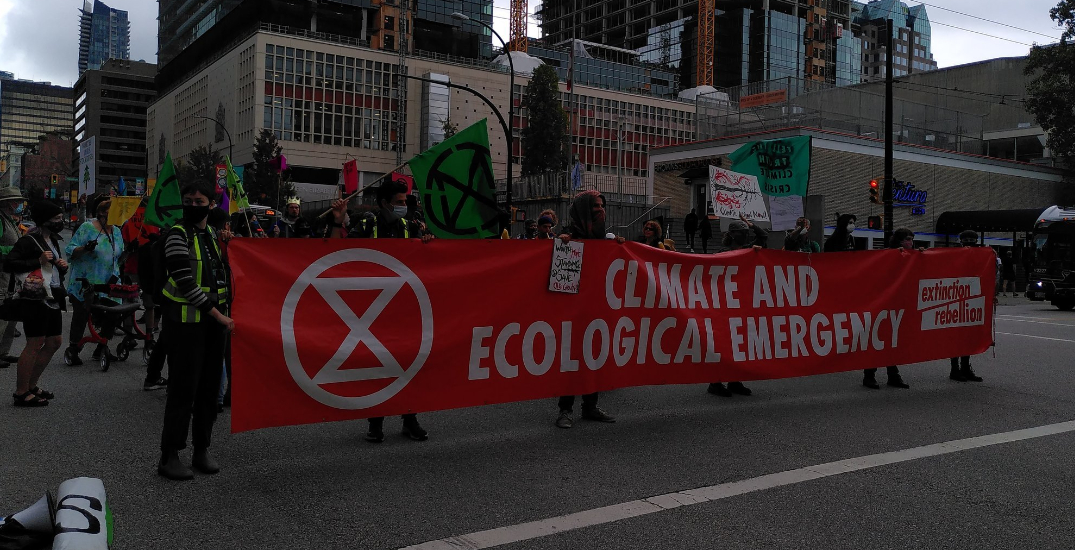 According to Vancouver Police (VPD), about 40 protestors marched to Cambie Street and West Georgia Street, placing banners in the middle of the intersection and staging a sit-in.

The group “impeded drivers and emergency vehicles,” police said. Just before 1 pm on Saturday VPD warned of traffic delays in the downtown core.

After giving the demonstrators time to “express their views and stage the protest,” officers asked the group to disperse.

“While most agreed to leave, two men, one woman, and a 15-year-old boy refused,” VPD said in a release. “They were arrested for mischief because they were blocking the roadway.”

The four people who were arrested were taken to jail and released after agreeing to attend a future court date.

Extinction Rebellion Vancouver shared photos on social media of its members occupying the intersection on Saturday.

The group had originally planned to occupy the Georgia Viaduct and Cambie Bridge “for as long as possible,” but police blocked the protestors from accessing either bridge.