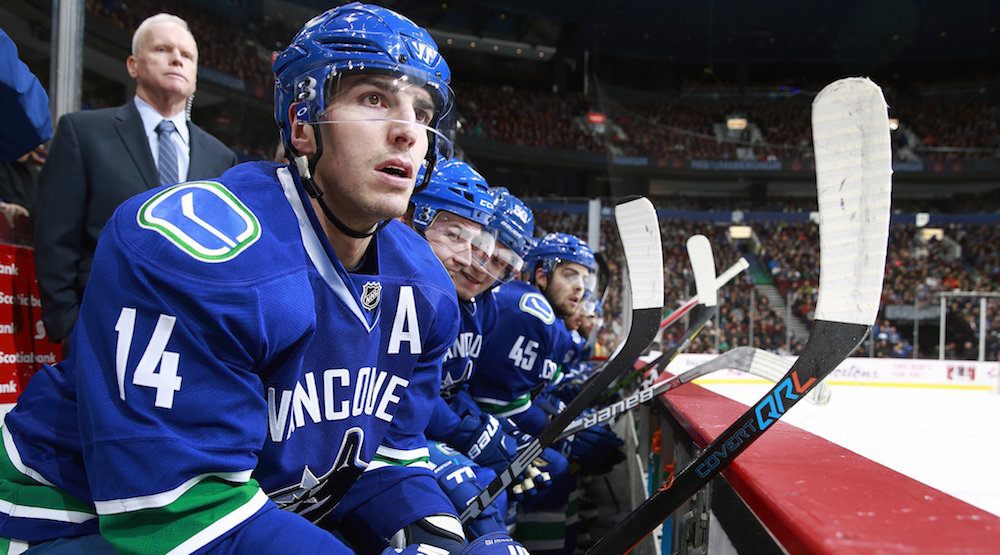 So that’s it, the Canucks have traded Alex Burrows. We all knew they would of course, but after 12 years in a Canucks uniform it’s still tough on the fans.

Two days ahead of the NHL trade deadline, Burrows is no longer a Vancouver Canuck. He waived his no-trade clause and is on his way to join the Ottawa Senators.

In return, the Canucks will receive centre Jonathan Dahlen, a second round pick in last year’s NHL Draft.

But what did the fans make of the trade?

Some were sad to see him go…

Sad seeing Burrows go…. Thanks for the memories Burr

Sad to see Burrows go, but this is something that should've happened years ago. Here's hoping he finds success in Ottawa.

Hard to replace the heart and soul of the #Canucks, but a very good trade for Vancouver. Gonna miss you Burrows. Thanks for everything https://t.co/7wt9dAlTIt

I will always love you, Alex Burrows. You will forever be a Canuck to me. Thanks for all the amazing memories. Always a thrill to watch you.

Burrows was a pest, a grinder, and invoked rage in his opponents but he meant a lot to the #canucks and it was a joy to grow up watchin him!

You'll always be one of my favourite #Canucks, Alex Burrows. pic.twitter.com/A8yWThp61j

Sad day for #Canucks fans seeing Alex Burrows leave town. But something that was absolutely necessary.

MY LIFE IS OVER. BURROWS IS GONE. OMG.

Super happy with the return for Burrows, u know its a good deal when Sens fans hate the deal haha 🙂

Burrows for Dahlen! Benning learned how to trade. Things just got interesting.#Canucks

Looked very good at the WJC, too. Sad we traded Burrows, but excited for another talented prospect! #Canucks https://t.co/nddgqMvAgl

I love Burrows to death but Dahlén is an UNREAL return. Way to go Benning! Now trade Miller too while you're on fire! #Canucks

That return on burrows has me nutting

Dahlen is an excellent return for Burrows. I'm actually impressed.

Others wondered what this means for other deals

So if Alex Burrows gets you that what is Hansen worth?