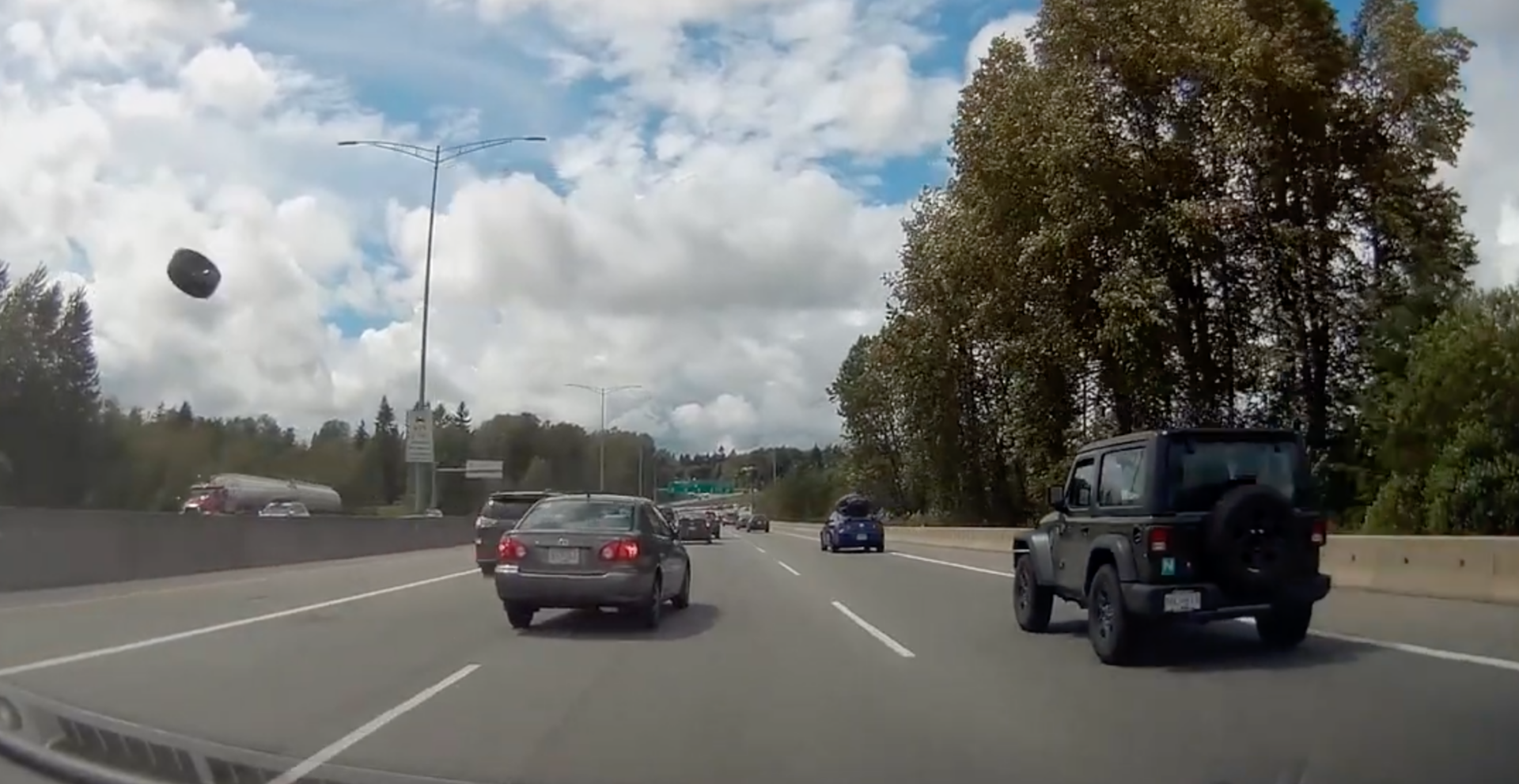 A tire that flew off a pickup truck hit several vehicles and injured one man on Highway 1 in Burnaby last weekend.

A driver’s dashcam captured footage of the incident, and the tire is seen flying high in the air. Drivers notice the tire and shift to avoid it as it bounces on the laneway and rises into the air again.

The tire flew off a pickup truck travelling eastbound, and the tire hit several vehicles in the westbound lanes near the Kensington exit.

It struck the hood and windshield of a mini van, and the male driver had to be taken to hospital with serious injuries.

BC Highway Patrol, paramedics, and firefighters responded to the scene.

It’s not yet known how the wheel came off, but the pickup truck driver is cooperating with the investigation.