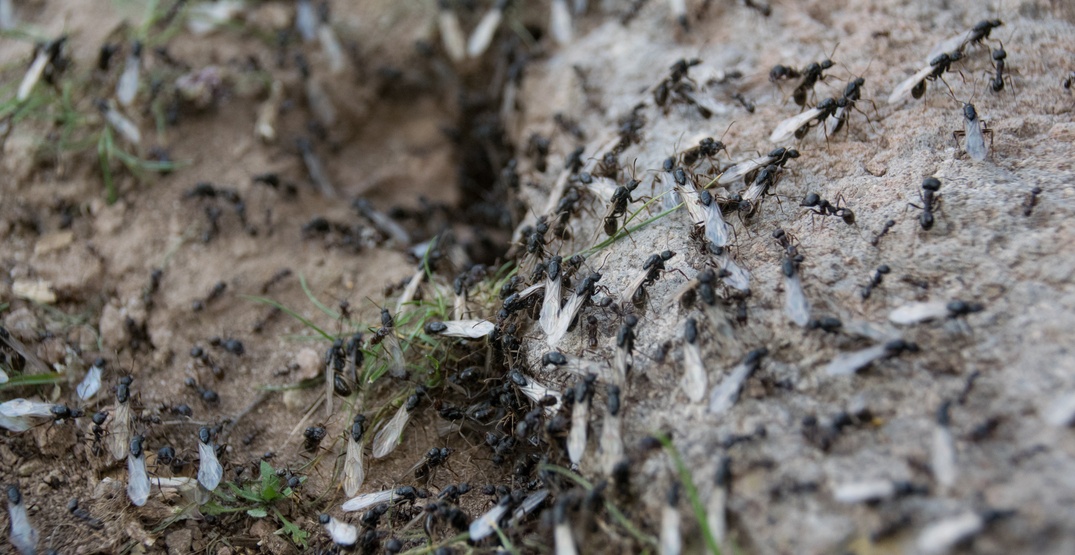 This week, residents throughout Metro Vancouver have been dealing with visits from one of Mother Nature’s weirdest pests: flying ants.

And on Tuesday, the situation was particularly creepy.

Flying ants were reported in various locations throughout Metro Vancouver and residents expressed their experience/observation/terror of the situation on Twitter.

According to those in the know, Vancouver’s unofficial, official ant day in the city is the height of the ant mating season.

What’s with all the flying ants in #Vancouver today? 😬😬

Looking forward to the rain if only to wash away the flying ant invasion. I don’t recall this ant invasion in previous years. Is this something new for Vancouver?

Does Vancouver have a flying ant infestation? Where did they come from.

It’s flying ant season in Vancouver, apparently, and for yet another year I wonder why this city is so damned averse to window screens.

Well the flying ants are swarming Vancouver so I guess I’ll be hiding inside for the remainder of the day! #Vancouver #Flying #Ants

I’m sure many of you in Vancouver are getting pelted by these queens and males garden ants trying to establish new homes. It’ll be over soon enough (at least for this species).

Here are a bunch of males huddled up at a bus stop! https://t.co/9uYRuG4Jt1 pic.twitter.com/3BZsms3PL2

Danielle Hoefele, a Masters of Pest Management student at SFU, also took to Twitter to confirm that Flying Ant Day has officially arrived.

She added that one also flew into her mouth — how delightful.

Flying Ant Day update: One (1) ant flew into my mouth. I think it was male, based on size. I dunno, I was on my bike. pic.twitter.com/vWPU8mfYVI

Luckily these flying pests aren’t dangerous, but be sure to keep on high alert or stay indoors altogether until flying ant day/season is over.