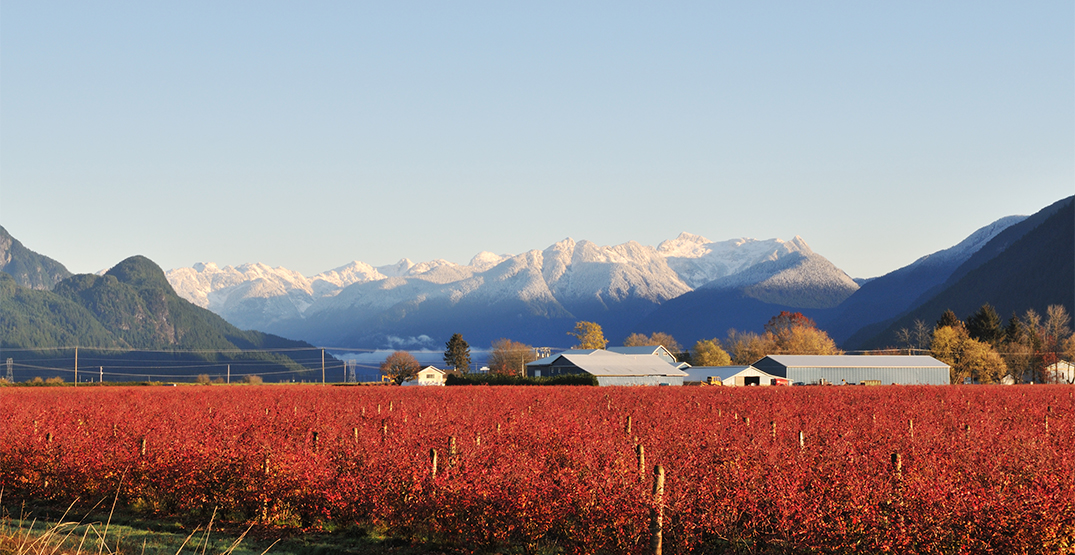 In addition to killing thousands of farm animals and displacing many families, BC’s catastrophic floods have also destroyed many food crops in the province’s fertile Fraser Valley.

She estimated 4,000 tons of un-harvested field vegetables were damaged and lost.

“Some farms are still able to salvage their crops, and we congratulate them for trying to get that food into the food system,” Popham said.

But that wasn’t the case for 57 blueberry producers, whose collective 2,100 acres were impacted by flooding. About 80 acres of raspberry fields were submerged as well.

“Both of these commodities will need to be ripped out and re-planted. Many of them are still under water,” Popham said.

The loss of plants is particularly devastating for blueberry farmers on the Sumas Prairie, because those bushes take up to four years to be productive and don’t reach maturity until about 10 years old.

Two plant nurseries that produce flowers are also under several feet of water, Popham said. She estimated 250,000 plants were lost. The flooding also destroyed all bulb-grown plants in the Sumas Flats.

What’s believed to be BC’s first-ever saffron crop, grown this year by farmer Avtar Dhillon, was also destroyed by flooding. Dhillon finally had his first successful growing season this year, and the triumph was covered by several local news outlets.

Saffron is the world’s most expensive spice and is typically grown in warmer climates.

“They’ve tried for the last five years to find a method to get it just right. This was going to be their first year. Unfortunately, that’s all under water,” Popham said. “Our hearts are with them.”

Popham said two fish-producing farms in the Fraser Valley were impacted by floods — one tilapia producer and one barramundi (cod) farm. These types of farms raise fish in large tanks on land, and are generally considered a more sustainable form of fish farming.

“We believe that all fish are presumed lost,” Popham said.

Over on Vancouver Island, a commercial Chinook salmon hatchery was also damaged by flooding.