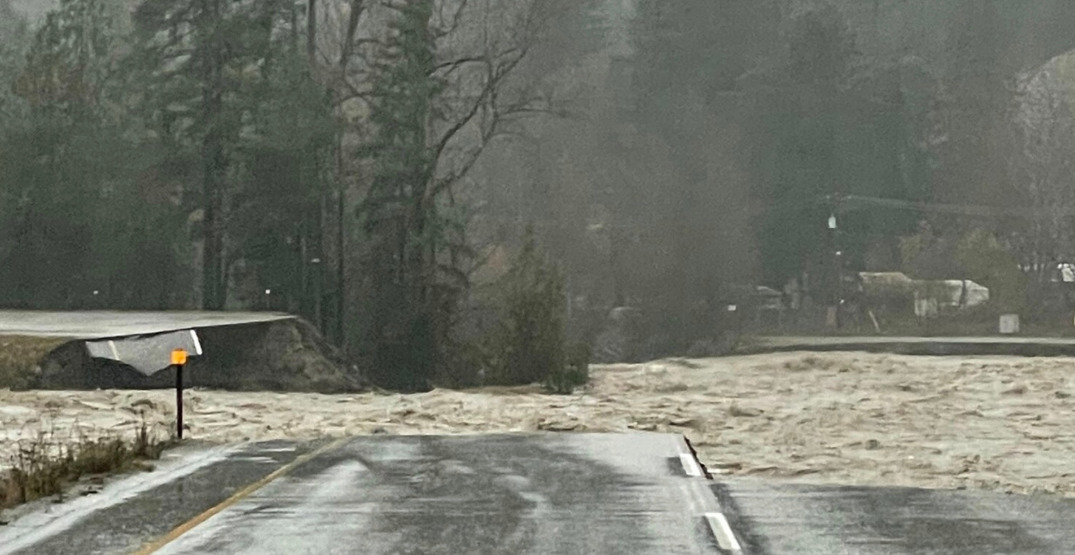 One of the major pieces of infrastructure damaged in the recent spade of BC storms was the Coquihalla Highway. BC government officials had positive news to share about the repair of the highway on Thursday.

In the aftermath of the storm, pictures showed the complete devastation of the highway, and BC officials suggested that it could take months to repair. At a press conference on Thursday afternoon, Rob Fleming, BC’s minister of transportation revealed when traffic could move on the road again, albeit in a restricted fashion.

“We’re reasonably optimistic that enough temporary repairs can be completed to allow commercial traffic on the corridor in about two months’ time by late January.”

After those temporary fixes are implemented, more thorough work will take place. At a conference last week, Fleming noted that it wasn’t clear how long a full repair would take.

“But with that, I do have to caution that the weather will be a factor and a key consideration in determining whether we can reach that target.”

He added that it “won’t be business as usual” when it does open, suggesting that traffic will be managed similarly to other highways which have been damaged by floods and mudslides.

“On the Coquihalla, there will be two segments each 20 to 30 kilometres in length, where the highway will have to have reduced speeds and only one lane in each direction will be possible.”

According to Fleming, the devastation was unprecedented, affecting key routes that are “vital” to the movement of essential goods and for the people who live in the area.

“We’ve never seen anything like this in BC in terms of how many highways have been impacted, all at once. We have 200 sites across the south coast and interior that were impacted.”