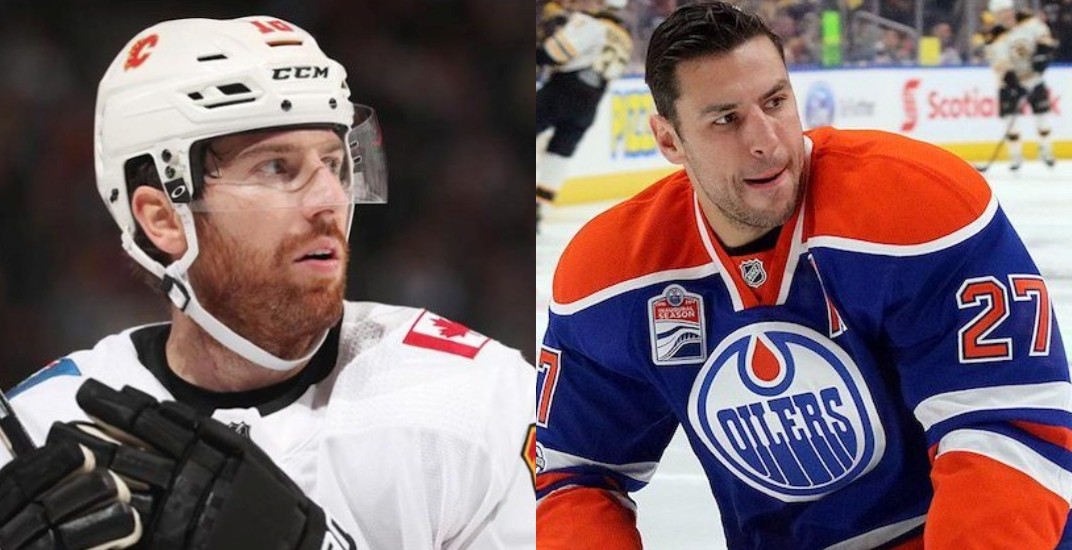 The Calgary Flames and Edmonton Oilers have agreed to a rare trade between the two rivals, with a pair of big names switching teams.

Milan Lucic is on his way to Calgary in exchange for James Neal. The deal, which was leaked earlier in the day, is now official.

The Flames will also receive a conditional third-round pick, while the Oilers have agreed to retain $725,000 (12.5%) of Lucic’s annual salary.

The trade is a swap of problem contracts. Lucic has four years left on a deal that pays him $6 million annually. The 31-year-old also has a no-movement clause in his contract, which would require the Flames to protect him in the 2021 Seattle expansion draft, unless Lucic agrees to waive it.

Lucic’s play has trailed off dramatically in the past two seasons – scoring 34 points in 2017-18 and just 20 points last year. Though his offence dried up, the 6-foot-3, 231-pound winger is still a physical force and put together good possession numbers.

The Vancouver native is two years removed from a 50-point season, put together during his first season in Edmonton in 2016-17.

Neal, who turns 32 in September, was a disappointment in his first season in Calgary after signing a five-year contract worth $5.75 million per season last summer. The former 40-goal scorer tallied just seven goals and 19 points in 63 games for the Flames last season. Prior to coming to Calgary, Neal had scored at least 20 goals in each of his 10 seasons in the league.