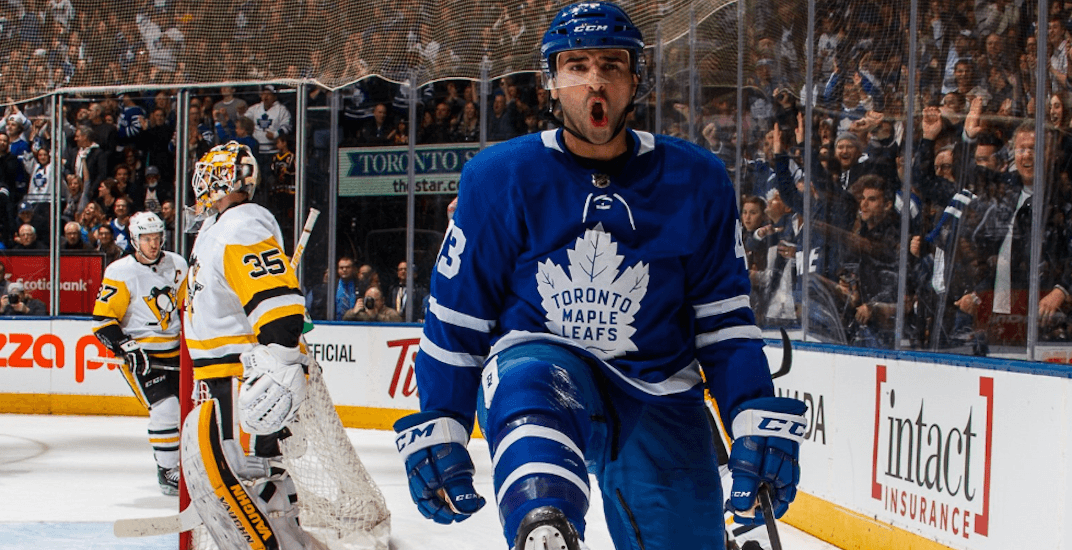 Before Nazem Kadri was traded to the Colorado Avalanche, the Toronto Maple Leafs tried to trade him to the Calgary Flames.

Kadri confirmed this on the 31 Thoughts Podcast, explaining why he blocked the move, which was his right given he had a modified no-trade clause in his contract.

“They had a deal in place and they wanted me to move my no-trade clause,” Kadri told co-hosts Elliotte Friedman and Jeff Marek. “It was no disrespect to Calgary or the Flames organization. I love their team and I love the direction they’re headed.”

The deal was reportedly going to include Kadri and Connor Brown going to the Flames for defenceman TJ Brodie and forward Mark Jankowski.

Kadri’s contract states that he can submit a 10-team no-trade list, and obviously the Flames were on it. He says he blocked the deal because he wanted to stay in Toronto with the team that drafted him back in 2009.

“I just figured that had I declined, I would have had a better opportunity of being a Maple Leaf next year and that’s really what it came down to. I wanted to play for the Leafs next year. I wanted to be a part of that. In declining that trade I had aspirations of being a Leaf.”

The Avs were not one of the organizations on Kadri’s no-trade list, so the path was clear for Leafs GM Kyle Dubas to trade him in a multi-player deal that included Tyson Barrie coming back.

“They had other plans,” Kadri said. “I’m just happy to be moving to a great city with a great team, a great group of guys. I’ve talked to everybody in the (Avalanche) organization and they’re ecstatic to have me. So it’s nice to be wanted.”

Kadri and Barrie have spoken to each other since the trade, and have even discussed renting each other’s apartments.

“Now that the dust has settled, I’m actually looking forward to it,” Kadri said, who added he is going to go into next season with a “chip” on his shoulder.

“I know what I’m capable of and I want to just prove a point more than anything. So I’ll be looking to have a big year next year.”