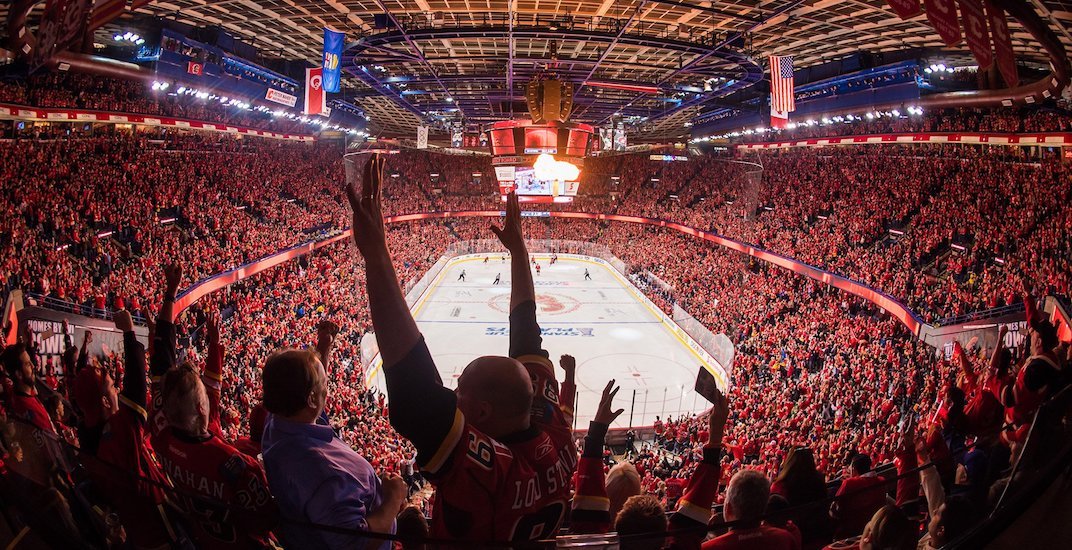 It appears the Calgary Flames will finally be getting the new arena they desire.

After years of talk, negotiations, and rhetoric, the Flames and Calgary city council have reached a tentative deal, according to multiple reports.

Confirming what we’ve been hearing for months was imminent – a tentative deal reached between Flames and City council on a new arena. Council to discuss this afternoon in a closed door meeting.

It’s not a done deal yet, but clearly this is a great sign for the Flames.

Sportsnet’s Eric Francis has confirmed that the Flames’ investment in the arena will be significantly more than what Oilers owner Daryl Katz contributed for Rogers Place in Edmonton, which opened in 2016. The Flames would run the arena, Francis reports, but it would be owned by the city.

No announcement to be made on an arena deal by the Flames Monday, but city council has it on their agenda and will reveal details then. Framework of deal between Flames/city still subject to council vote, so time to celebrate new arena isn’t here yet. But it’s awfully close.

The Saddledome has been the home of the Flames ever since it opened in 1983. That makes it the third-oldest NHL arena currently in use, ranking behind only Madison Square Garden (New York Rangers) and Nassau Coliseum (New York Islanders). The next oldest buildings are the Honda Center in Anaheim and the SAP Center in San Jose, which both opened in 1993.

It’s been nearly two years since talks between the team and the City broke down completely. Flames President Ken King announced in September 2017 that the team was no longer going to pursue a new arena in Calgary, and NHL Commissioner Gary Bettman suggested there would be “consequences.”