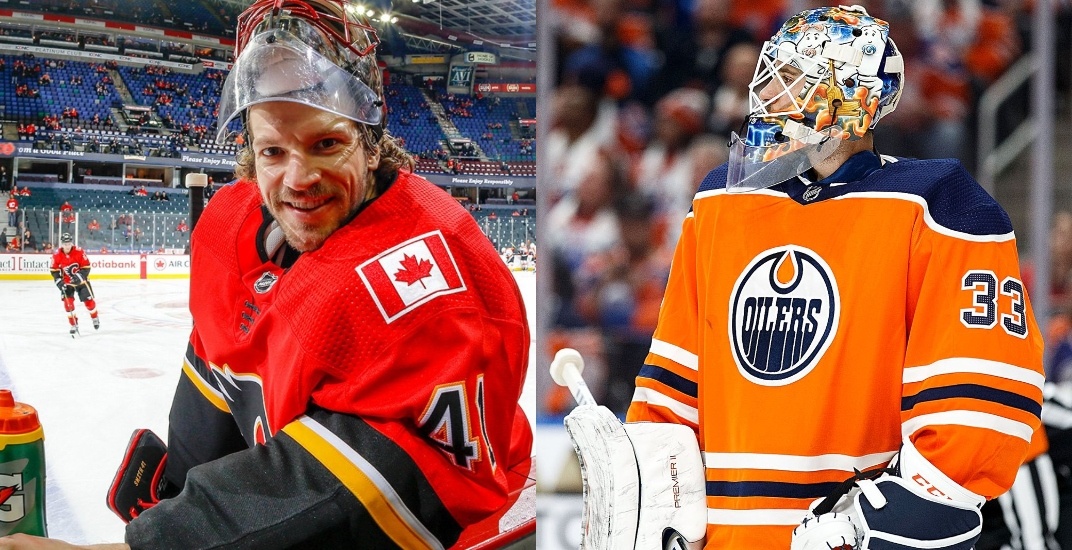 It’s not officially a trade, but the Calgary Flames and Edmonton Oilers have swapped No. 1 goalies from last season.

Talbot, who turns 32 this week, is five years younger than Smith. After three good seasons in Edmonton, Talbot struggled in year four.

The Caledonia, Ontario native posted an .893 save percentage in 31 games with the Oilers before he was traded to the Philadelphia Flyers, where he appeared in just four games.

It was an up-and-down two-year stint for Smith in Calgary.

Talbot will battle for playing time with Dave Rittich in Calgary’s crease, while Smith will compete for the net with Mikko Koskinen.