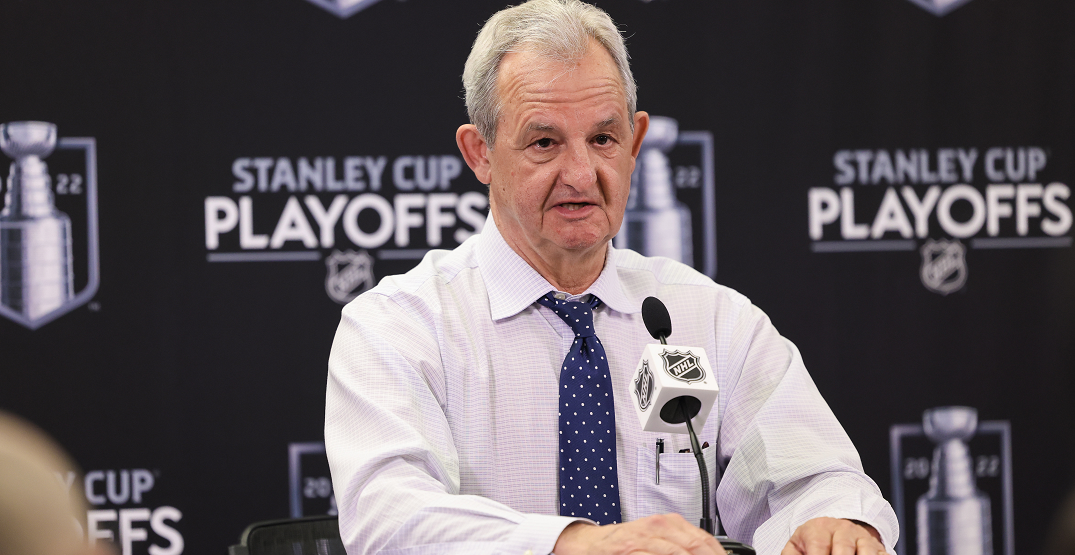 Calgary Flames coach Darryl Sutter is an Alberta man through and through. Whether it’s behind the bench at the Saddledome or spending the summers at his family ranch in Viking, it’s harder to find someone with more love for the province.

While speaking to reporters prior to Game 1 tonight in the second round of the playoffs against the Edmonton Oilers, Sutter offered up a list of three things that bring Albertans together.

Despite being the Flames’ coach, Sutter isn’t concerned about what side of the rivalry people are cheering for.

“What’s this doing in Alberta right now? It’s bringing people together,” Sutter said. “They might cheer for the Oilers, they may cheer for the Flames. Big deal. It’s a sport. That’s what it’s about.”

Sutter’s also happy with the way the league’s playoff bracket has shaken out.

“You got two teams in Florida. Two teams in Alberta, the last two teams to win Stanley Cups in Tampa and St. Louis, you got the Presidents’ [Trophy winners] for the regular season [in Florida]. You got the conference champion from our side still in it [in Colorado]. Like, you look at it, it’s perfect,” Sutter added. “I say that about all the things, is it important? Damn right, it’s important. It’s great for the league, it’s great for Alberta.”

Puck drop for Game 1 goes tonight at 8:30 pm MT in Calgary. Buckle up.