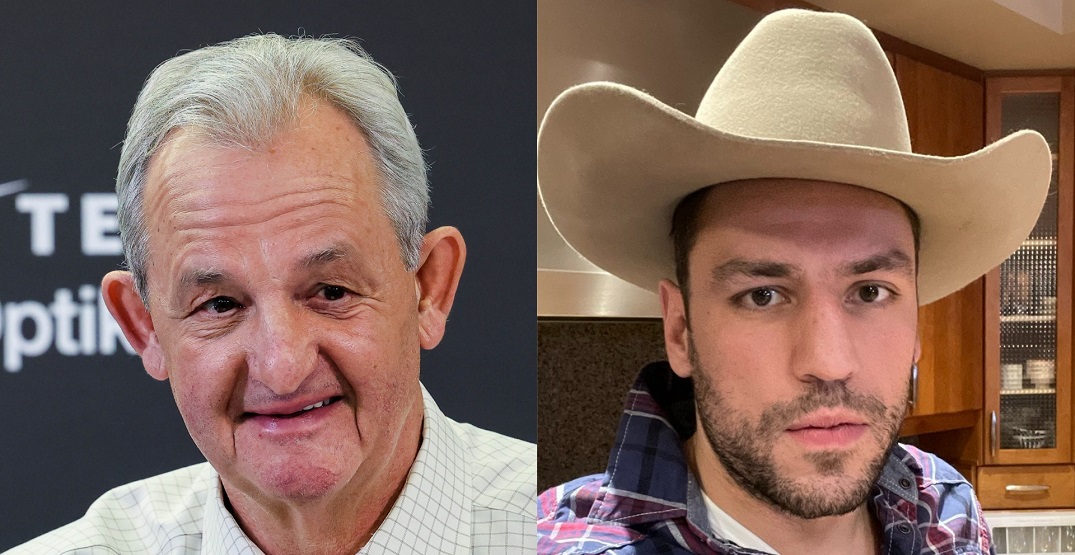 Calgary Flames coach Darryl Sutter has been no stranger of his admiration for power forward Milan Lucic.

After first coming over to Calgary in a trade from Edmonton in 2019, Lucic has carved out a nice role for himself in Sutter’s bottom-six over the last two seasons.

But during a segment on Hockey Night in Canada’s After Hours program, Sutter offered Lucic a new work opportunity this upcoming summer.

Sutter opened up about several topics on the segment, including his family-owned 3,000 acre cattle ranch in his hometown of Viking, Alberta where he spends his offseasons.

Asked which Flames player he’d like to see join him on the ranch, Sutter opted for the 6’3″, 231-pound Lucic.

“‘I’d probably pick Looch because he’s the biggest, strongest guy,” Sutter said. “I know he can throw stuff around.”

After Hours continues to be the most fascinating program on sports TV. Here's Darryl Sutter saying he'd pick Lucic (out of any Flames player) to work on his ranch: pic.twitter.com/uBjqtSWQlv

For now, though, the pair is in the midst of chasing the team’s first division title in three years, and just their second since 2006, with ranch duties left out of Sutter’s hands for the time being.

“When I go away to coach, I’m going away to coach,” Sutter added. ” I’m counting on all the people who work there and my family to help out… we make it work. It’s a lifestyle and it’s good to go back there in the summer. I’ve enjoyed we’ve I went back, I’m living right in the yard where I grew up. So I’m pretty fortunate in that.”

Coming off a 6-4 loss against St. Louis on Saturday, the Flames return to action tomorrow night, when they travel to take on the Kings in Los Angeles. Puck drop is set for 8:30 pm PT at LA’s Crypto.com Arena.