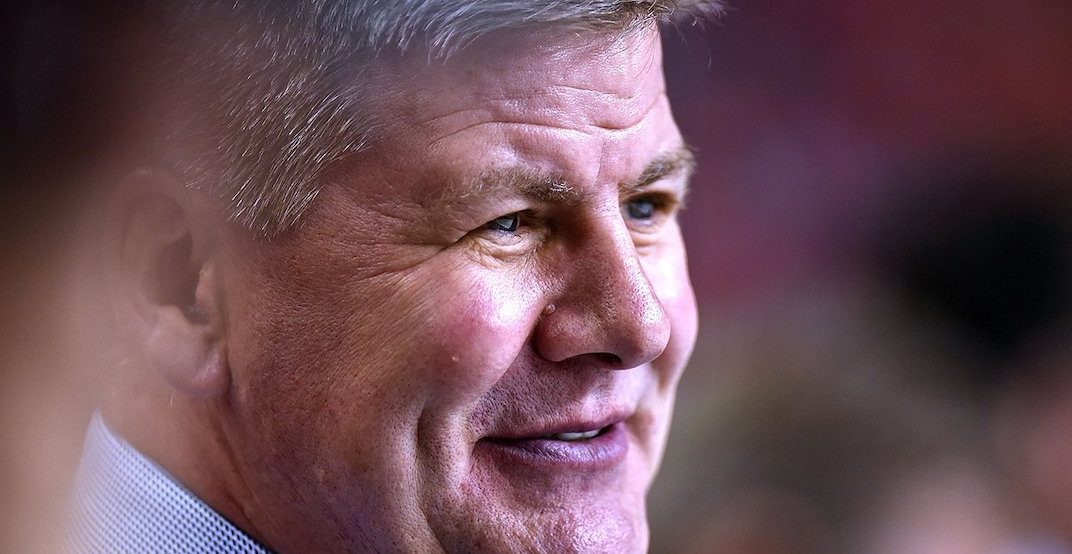 I know that’s probably not the best way to begin an article on an issue that permeates not just sports, but society as a whole. An issue that cuts to the core of social, emotional, cultural, and racial challenges.

But, this past week has been infuriating, draining, disappointing, and sickening on a number of levels, and that’s just from a spectator’s view on the sidelines.

The firestorm surrounding Calgary Flames head coach Bill Peters has been widely reported and documented over the past three days, painting a picture of racism and abuse at professional hockey’s highest levels.

In them, he alleged Peters made several racial slurs during Aliu’s rookie season with the AHL’s Rockford IceHogs in 2009-10 and even wrote a letter to the Chicago Blackhawks front office wanting the 20-year-old Aliu to be sent down to the ECHL.

The following morning, an explosive article by TSN’s Frank Seravalli was published where Aliu went into more detail on the incident saying Peters called the hip-hop music he was playing in the dressing room “n—– s—” and later doubled down on the slur when later meeting with Aliu.

Akim Aliu shares his story with #TSN, how current #Flames coach Bill Peters repeatedly hurled racial epithets in front of him, and why he believes that incident "ruined my career before it started."

His story has since been corroborated by multiple Rockford teammates and in a letter to Flames general manager Brad Treliving on Wednesday, Peters confirmed he used “offensive language.”

Hours after the article was published, former Carolina Hurricanes defenceman Michal Jordan also shared his story on social media of Peters kicking him and punching one of his teammates in the head, a story that was confirmed by Peters’ former assistant and current Hurricanes head coach Rod Brind’Amour.

1) Never wish anything bad to the person but you get what you deserve Bill.After years making it to the NHL had experience with the worst coach ever by far.Kicking me and punching other player to the head during the game…

As of Thursday afternoon, Peters remains the head coach of the Flames while the team completes an investigation into the incidents with the assistance of the NHL.

The expectation is that Peters will at some point be let go by the Flames organization, but it feels like we’re just scratching the surface on these types of stories from current and former players.

It was less than a week ago when a report in the Toronto Sun surfaced alleging Babcock asked then-rookie Mitch Marner to rank his teammates from hardest working to laziest and then shared that list with those near the bottom of the list without Marner’s knowledge.

Mitch Marner on Mike Babcock sharing his list of hardest/least hardest working #Leafs when he was a rookie:

"It was just surprising. I was lucky enough that the guys that were there with me, none of them took it to heart and they knew it wasn't up to me."

And that’s one of the reasons why I love hockey, which is promoted as the ultimate team game where you go to battle alongside 19 other equals.

This mindset however has created a huge imbalance between players and those who choose to abuse that power, knowing that no one would dare to speak out in fear of upsetting the team dynamic.

I’ll be honest, I was naive to think that these types of incidents couldn’t happen at the professional level. That some of the best hockey minds on this planet would use their position and clout to quench their own egos, confident in their own arrogance that either they are too powerful to fall or their players would be too afraid to speak up.

So that raises the question of how many of these incidents haven’t we heard about? How many players have been abused either physically or mentally? How many have stayed silent in fear of retribution from their bosses or even their teammates?

Abuse of power has no place in hockey or in anything else. As someone who went through awful things with my first NHL coach who knew my abuse back ground as a child I hope they all get what’s coming to them and I hope it happens fast.

The vast majority of professional and junior coaches choose not to wield their power in this way, wanting to help their players grow and reach the next level in their hockey careers.

Hockey culture is one of the big reasons why this sport is so beloved from the grassroots levels to the professional ranks, promoting the camaraderie and unity that comes with putting a team before self.

It’s time however for the hockey community to take a hard look in the mirror and examine what toxic aspects of that culture are often overlooked and buried.

The first step towards that introspection is already being taken, as players from all levels of the sport are coming forward to share their stories and get the conversation rolling.

Former NHL enforcer Dan Carcillo, who himself came forward last year with his story of hazing in the OHL, said he’s been flooded with messages of players wanting to do the same.

I have permission to share this message with you all

Reading this makes my blood boil

This brave young man wants to share his story about the abuse he endured in hockey, in hopes of showing others to not be afraid

If there’s a silver lining to the troubling accounts that have surfaced over the past week, it’s that some current and former players are becoming more comfortable in speaking their truths and empowering their peers to do the same.

Change that won’t happen overnight mind you, but change that could sincerely echo the NHL’s mantra of ‘Hockey is for Everyone.’

Hockey has all of those problems & more#hockeyculture

My hope is that these stories we’ve learned about this week and the pain they’ve caused become a catalyst for making hockey more inclusive and accessible for any kid thinking of lacing up their skates and joining a team.

A sport where players aren’t afraid to speak out and support each other without fear of being ostracized and demonized just for doing what’s right.

Isn’t that really what being a team is all about?