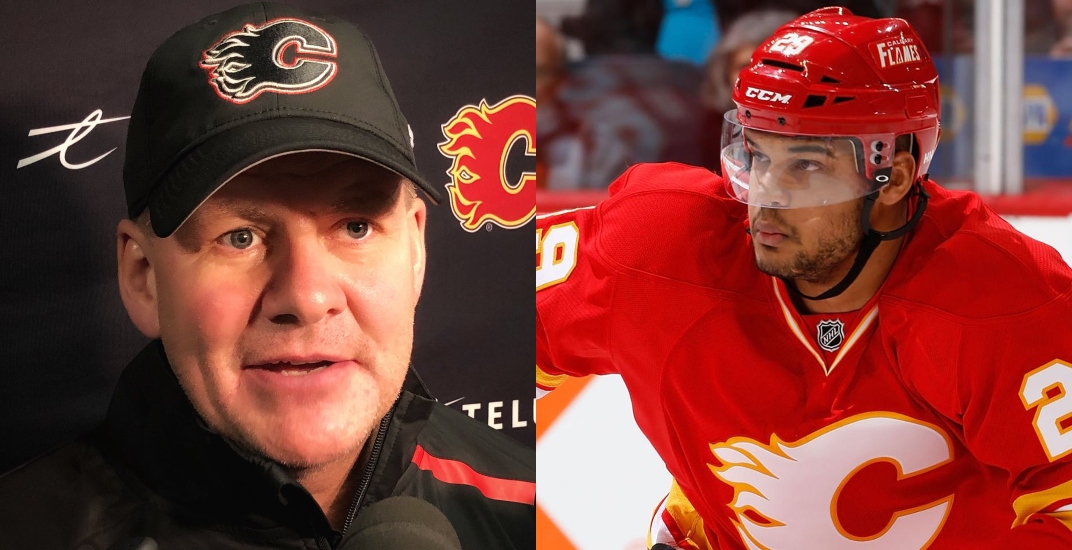 Former Flames defenceman Akim Aliu claimed that Peters “dropped the N bomb several times” towards him 10 years ago, in a series of tweets posted Monday night. Aliu, who was 20-years-old at the time, says Peters did so because he didn’t like his choice of music.

admit I rebelled against him. Wouldn’t you? And instead of remedying the situation, he wrote a letter to John McDonough and Stan Bowman to have me sent down to the ECHL. 20 year old on pace for 20 goals in his first pro year with zero PP/PK time was off to a great start in his

The incident appears to have occurred when the pair were together with the Chicago Blackhawks’ AHL affiliate in Rockford during the 2009-10 season. Aliu scored 17 points (11-6-17) in 48 games but was also sent down to the ECHL for 13 games.

Peters, who Aliu referred to as Babcock’s “protégé,” later worked alongside Babcock as an assistant coach for three seasons with the Detroit Red Wings.

Aliu tweeted these allegations during Calgary’s road game against the Pittsburgh Penguins. Following the game, Peters wasn’t made available to the media, as is customary for NHL coaches.

Instead, Flames GM Brad Treliving spoke, and released this statement:

“Through social media, we became aware of this issue during the game this evening. We take these matters very seriously. We want to complete a full and proper investigation before we provide any further comments on the matter.”

The NHL has also released a statement, saying: “The behaviour that has been alleged is repugnant and unacceptable. We will have no further comment until we have had an opportunity to look into the matter more thoroughly.”

Peters has not yet been fired, as was briefly reported by Sportsnet, though his job is most certainly in jeopardy depending on the findings of the investigation.