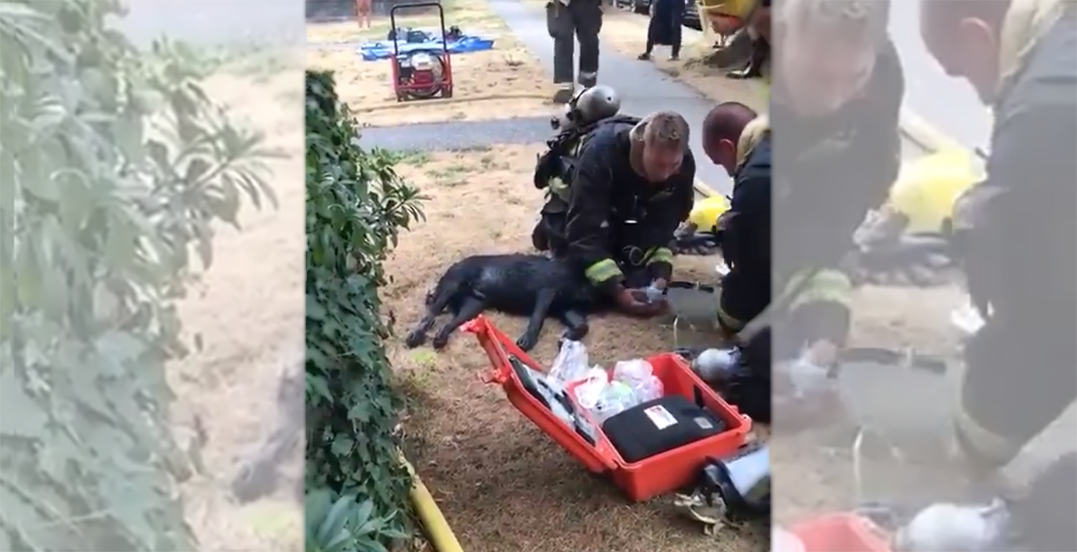 A dramatic video taken moments after firefighters rescued a dog from a fire is gaining traction on social media.

The fire occurred over the weekend in South Vancouver. The dog can be seen lying on a patch of grass as several firefighters rush to provide it with treatment.

The dog is given oxygen through a mask and tank while one of the firefighters rubs its belly and directs a crew member to get cold water.

Fast and effective work by #Vancouverfirefighters at a fire in South Vancouver over the weekend. Here crews are providing oxygen to a pet pulled out of the fire. Great work Firehall #17 and #5! #humansbestfriend #iaff18 @CityofVancouver @Karen_Fry 🎥 submitted. pic.twitter.com/fo3fk0pavU

City of Vancouver Fire Chief Karen Fry says that, fortunately, this story had a happy ending.

Although the pup suffered a minor burn and smoke inhalation, he’s said to be doing well and recovering at a local veterinarian’s office.