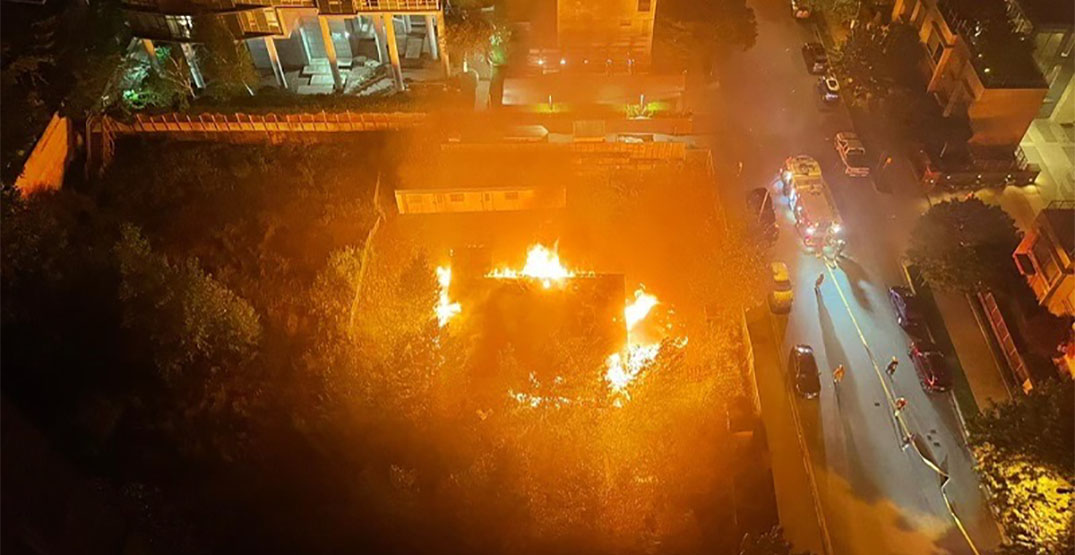 The flames were visible from nearby apartments around 1:30 am on July 5 (Submitted)

A fire broke out in Vancouver’s West End neighbourhood overnight, and fire crews were able to douse the flames before it spread.

The blaze engulfed a construction trailer sitting in a vacant lot at on Beach Avenue. Around 1:30 am bright orange flames could be seen from neighbouring apartment buildings, and the fire sent plenty of smoke into the air.

Video submitted to @DailyHiveVan of a fire in the West End last night pic.twitter.com/CJ3PJfx9X8 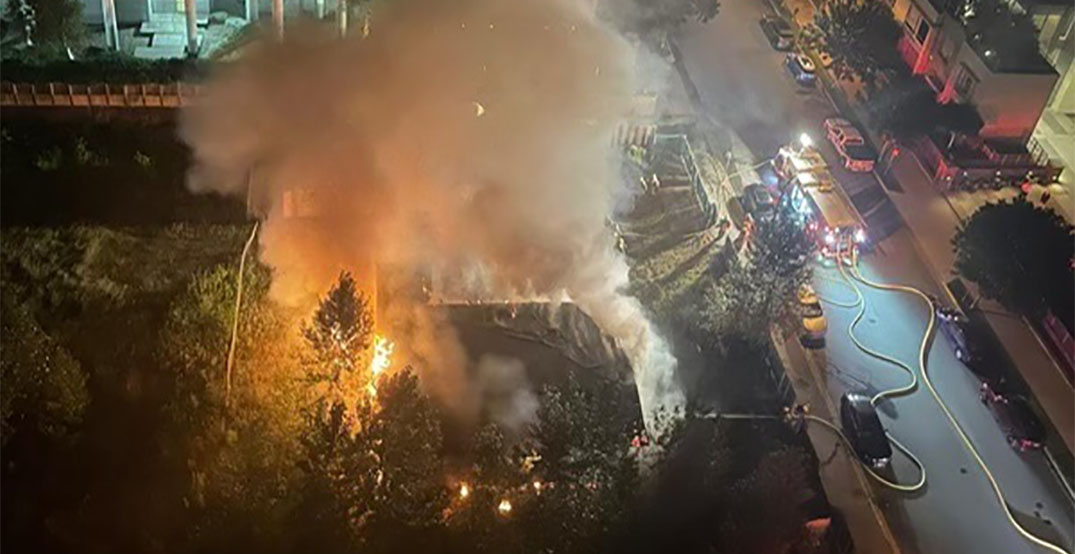 Fire in a construction trailer on Beach Avenue (Submitted)

Vancouver Fire Rescue Services characterized it as a “fully involved” structure fire. Luckily, firefighters were able to contain it so it didn’t spread to any nearby residential buildings.

The cause of the fire is still under investigation.

Last night firefighters arrived on scene to a fully involved construction trailer on Beach Ave. Efforts by crews contained the fire to the structure. Still under investigation. @IAFF18 pic.twitter.com/kodNSQyYjY

Firefighters didn’t say anyone was hurt.