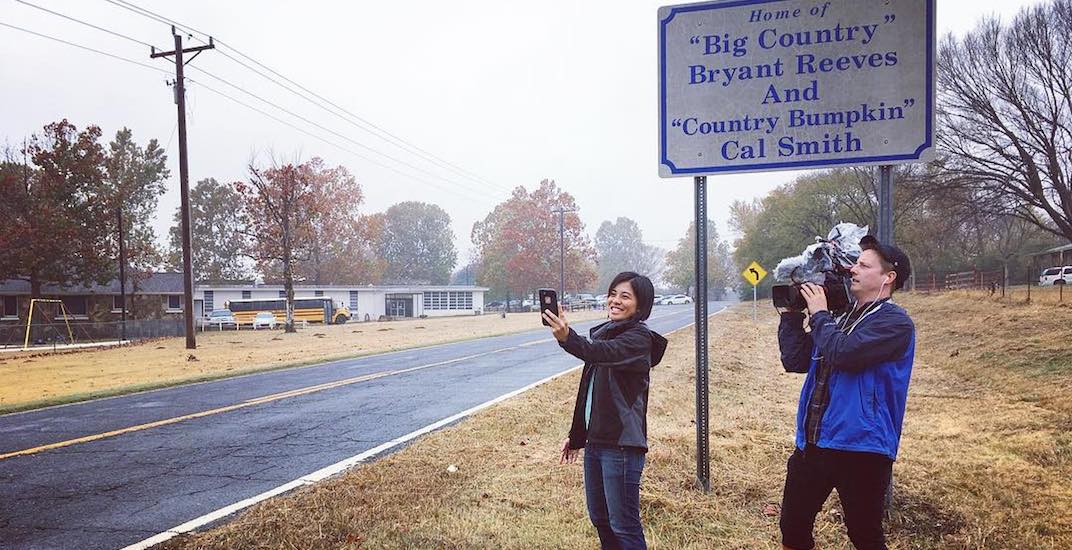 They’re taking this show on the road.

The film about the Vancouver Grizzlies’ most notorious player can be seen at the Rodeo Theatre in Oklahoma City on November 2nd and Circle Cinemas in Tulsa the next day. Reeves, who is from the small town of Gans, was a college basketball star with the Oklahoma State Cowboys.

Reeves has been invited, Jayme tells Daily Hive, but no word yet on if he’ll show.

On our premiere night, we recorded a message to send to Bryant that ended with a standing ovation. We have one more screening before we bring the film to Oklahoma this Sunday at the Rio. Come out to support a local film, local filmmakers, and a local theatre + let’s record one more message for us to bring to Oklahoma! Don’t miss out watching @findingbigcountry on the big screen @riotheatre! Link in our bio for tix! #FindingBigCountry #watchlocal

Following their trip south, the film is headed to Toronto to screen at the Reel Asian Film Festival.

Jayme and her team are riding the momentum of rave reviews and media attention following the premiere of the movie at the Vancouver International Film Festival last month. The film later won the People’s Choice Award.

They’ve also got a second movie about the Vancouver Grizzlies in the works, apparently.

Finding Big Country has one more scheduled screening in Vancouver this Sunday at the Rio Theatre. The filmmakers will be in attendance and will conduct a Q&A after the show.