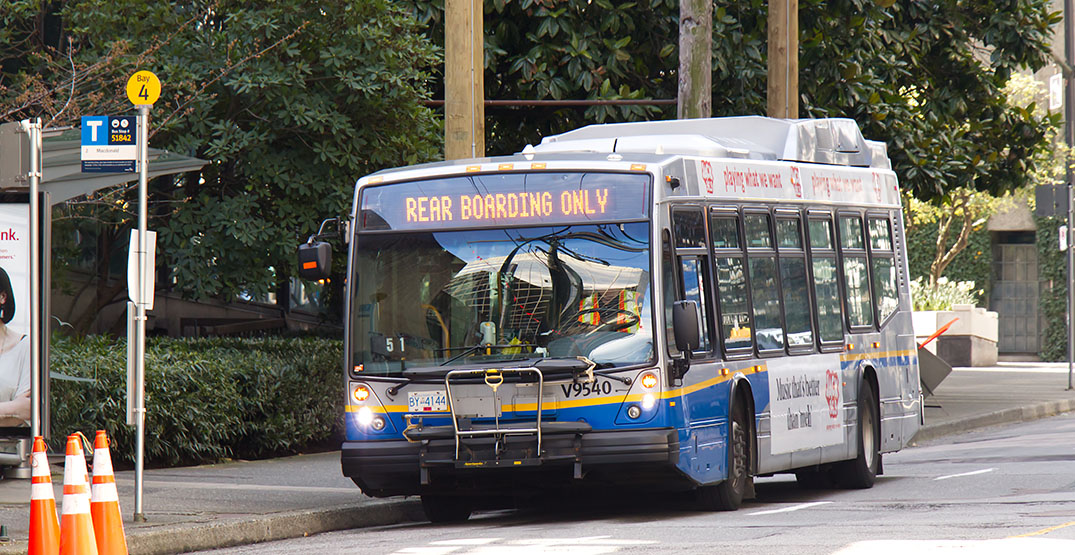 A fight broke out on public transit this past weekend after a dispute over wearing a mask.

The Metro Vancouver Transit Police say that the incident occurred on Saturday at approximately 9:30 am. A man was on a bus in the area of 96 Avenue and 120th Street in Surrey, when another passenger who wasn’t wearing a mask entered the bus.

“The man removed a mask from his bag and offered it to the other man, to which he declined,” said Constable Mike Yate in an email. “The man asked the suspect if he was medically exempt from wearing a mask and at that point, the suspect became belligerent.”

The victim then reportedly stood up to confront the suspect about not wearing a mask, at which point he was allegedly punched in the head, leading to a fight on the bus. The suspect fled the scene after the fight was over.

“The Metro Vancouver Transit Police responded and spoke to the victim, who was later transported to the hospital for a cut above his eye,” said Yate.

Police say the investigation is in the early stages and that at this point, they’ve “received limited information from the victim.”

Yate added that public transit riders are urged to keep their distance rather than confront other passengers.

“We strongly urge members of the public that if they come across an individual who is not wearing a mask, to distance themselves rather than question or confront the individual,” he said. “There are valid exemptions to the mask policy, and not all disabilities or medical conditions are visible.”

“Violence has no place on the transit system and will not be tolerated.”

Anyone with information about the suspect’s identity, or who witnessed the incident, is asked to contact the Metro Vancouver Transit Police at 604-515-8300.