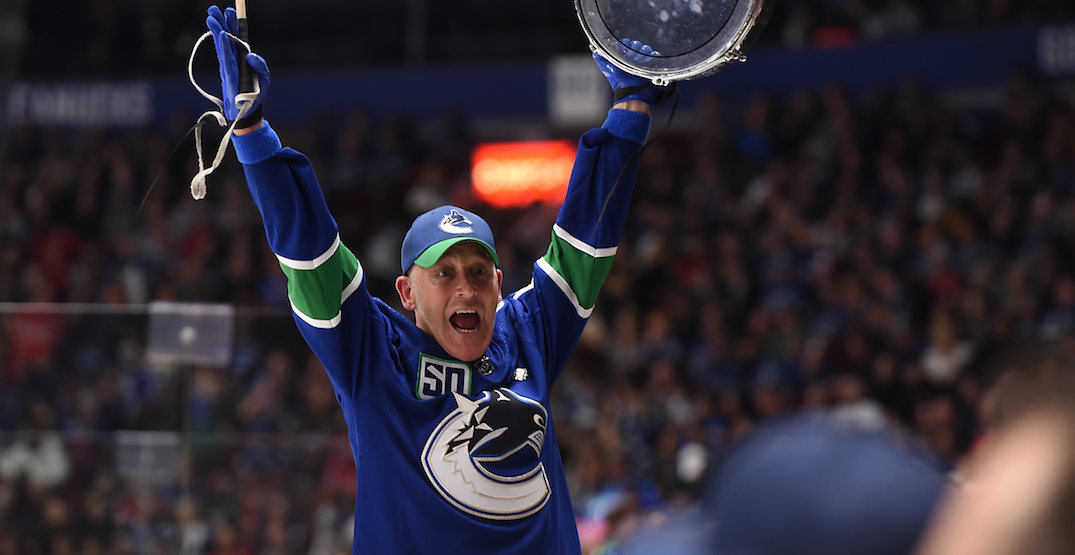 It’s been 430 long days since sports fans in British Columbia were able to attend a live pro sports event.

The day before the NBA halted play and the World Health Organization declared COVID-19 a pandemic, the Vancouver Canucks played a hockey game at Rogers Arena. An announced sellout crowd of 18,871 saw the Canucks beat the New York Islanders on March 10, 2020, totally unaware that they would not get to experience something like it again for more than a year.

Every Canucks game since has been played with precisely zero fans in attendance.

But with over 50% of eligible Canadians having received at least one dose of a COVID-19 vaccine, including more than 2.2 million people in BC, there’s hope on the horizon that fans can return to stadiums this year — maybe as soon as this summer.

In a television interview with Richard Zussman of Global BC, Provincial Health Officer Dr. Bonnie Henry addressed the possibility of fans returning to sporting events.

“Later in the summer, into the fall, we’ll be looking at spectators for sure. I’d love to see the Canucks next season,” she said.

While hockey is played indoors, which presents a higher risk of transmission than outdoor events, the Canucks are hopeful that fans will return in the fall.

“We remain optimistic that fans will be back at Rogers Arena next season and we are continuing to prepare for all possibilities, including physically distanced plans and ultimately a full arena again, whenever we receive the green light to safely do so,” Canucks COO Trent Carroll told Daily Hive.

“To help make that happen we need everyone to register and get vaccinated as soon as possible. Once we all do that, we can get back to Canucks hockey and all of the important aspects of our lives again.”

Before the Canucks hit the ice next season, there’s the potential for one of Vancouver’s summer pro sports teams to welcome fans back first, particularly given that the BC Lions, Vancouver Whitecaps, and Vancouver Canadians all have the ability to play outdoors. Rugby Canada is also still hoping to be able to host the Canada Sevens tournament in Vancouver this fall.

The Lions’ return-to-play proposal at BC Place this summer includes up to 20% of lower bowl capacity, which would equate to roughly 4,500 fans. The roof could be kept open at BC Place, and as an all-Canadian league, the CFL does not require cross-border travel.

The Whitecaps and Canadians have the additional challenge of needing to travel in and out of the United States to compete, as the vast majority of their opponents are located south of the border.

“We are in regular communication with the health authorities and are preparing for every scenario,” said Whitecaps FC Sporting Director and CEO Axel Schuster. “It’s encouraging to hear Dr. Bonnie Henry’s comments around the possibility of fans at sporting events in the coming months. We look forward to returning home and playing in front of our amazing supporters.”

Prime Minister Justin Trudeau left the door open to the possibility of cross-border travel being allowed for whichever Canadian NHL team that makes the Conference Final next month. That would bode well for other pro teams looking to travel in and out of the country.

“Those are conversations still to be had,” Trudeau said in a television interview with CP24. “We’re going to make sure that no matter what we do, we’re putting Canadians first. But I can tell you, one of the things that will make that decision easier, if it comes, is for everyone to get vaccinated and for the cases to be driven down in those coming weeks. We’ve got to get this virus under control, and more than 75% of Canadians need to get vaccinated.”

“That’s how we get back to normal.”

Canadian public health officials explained on Friday how restrictions can lift after 75% of eligible Canadians are fully vaccinated — meaning two doses of the Pfizer, Moderna, or AstraZeneca vaccines.

“On a national level, we’re seeing hopeful signs that we’ve passed the peak of the third wave,” said Dr. Theresa Tam, Canada’s Chief Public Health Officer. Once that immunization benchmark is reached, Canadians can begin to “do more activities indoors with people outside your household.”