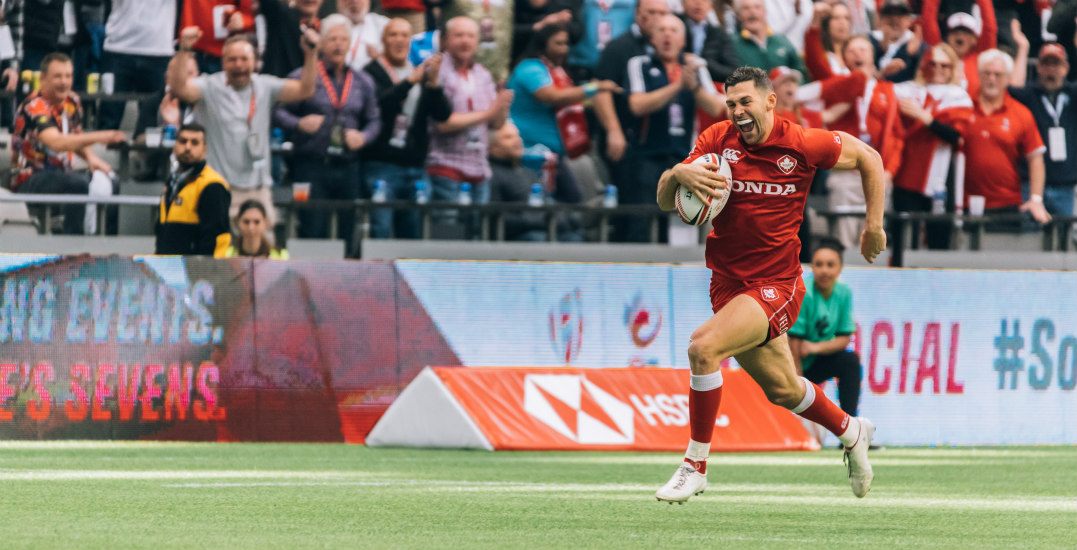 Rugby sevens may still be coming to Vancouver this year, but at a different time of year. Hopefully, with fans in attendance.

Please, let this be true.

Typically held annually at BC Place in March, last year’s Canada Sevens tournament took place just days before the COVID-19 pandemic changed everything. Rugby Canada is hoping to still put on the 2021 event this fall.

“With the support of all relevant parties, we are working on finalizing a date for the rescheduled Vancouver event in Fall 2021, which would still be part of the HSBC World Rugby Sevens Series 2021,” Rugby Canada said in a media release. “While there are still many hurdles to overcome, we remain positive and focused on delivering a safe and successful Sevens event in Vancouver this fall.”

The news isn’t as promising for the women’s event in Langford on Vancouver Island.

“Regrettably, after exhausting all options we will not be able to host an event in Langford in 2021 due to the ongoing impacts of the global COVID-19 pandemic,” Rugby Canada said. “We are targeting a return to Langford to hold HSBC Canada Women’s Sevens in the spring of 2022.”

The World Rugby Sevens Series announced plans for a condensed season today, kicking off with back-to-back women’s events in Paris in May, before taking a break for the Tokyo Summer Olympics in July and August. Other stops on the series include a men’s event in Singapore (October 29-30), followed by joint men’s and women’s events in Hong Kong (November 5-7), Dubai (December 3-4), and Cape Town (December 10-12).

The hope is that men’s tournaments in Vancouver and London could be added to the schedule, during the window after the Olympics and before the Singapore tournament in late October. “Detailed discussions are continuing with London and Vancouver on the viability of hosting” their respective events, World Rugby Sevens said in today’s announcement.

If everything comes together, this could be one of the first major sporting events held in Vancouver in the post-COVID world. So you might need to start thinking of some costume ideas.