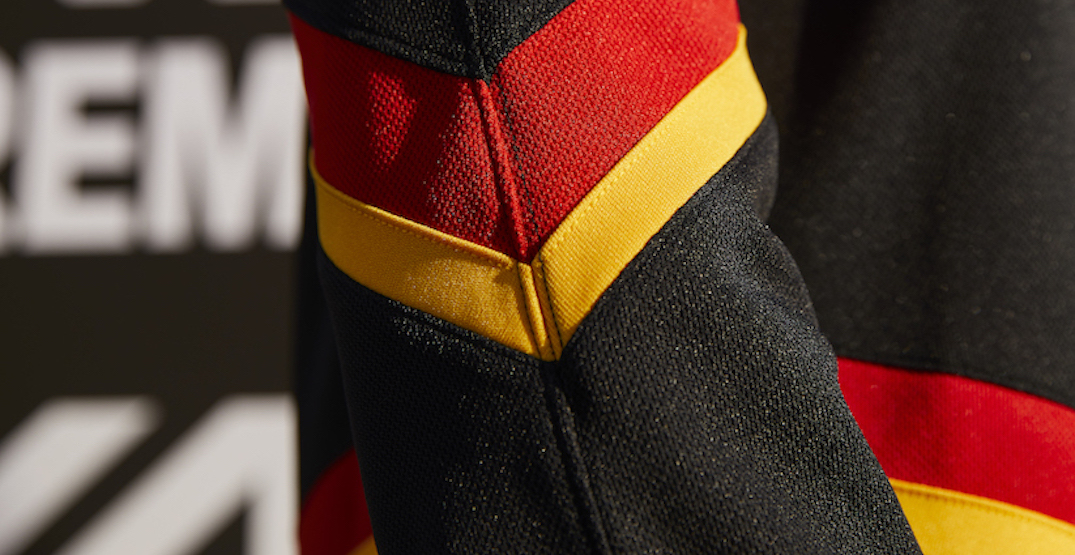 The NHL spiced up our Monday morning with a 31-team jersey drop.

Hockey fans were introduced to “reverse retro” jerseys, with many teams opting for some bold choices.

As expected, the Calgary Flames chose to return to an old favourite, bringing back Blasty, much to the delight of their fans. But while the flaming horse head is a Calgary original, some Canucks fans are crying foul about some tweaks made to the Flames’ alternate uniforms.

With teams promising a “modern-day remix” on jerseys from the past, some changes were made to Calgary’s jerseys from the one Jarome Iginla used to wear. That includes the striping, which is now red and yellow, making the colour scheme strikingly similar to the Canucks’ old Flying Skate uniforms. 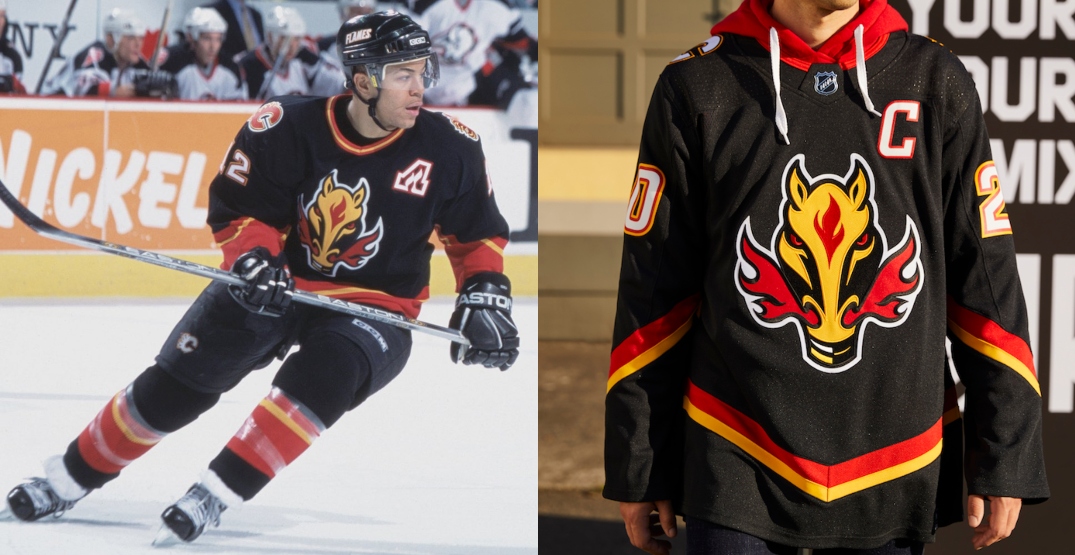 Not only that, but the Flames made the striping diagonal, reminding some of the Canucks’ Flying V.

It should be noted that after wearing them last season for their 50th anniversary, the Canucks will not be wearing the Flying Skate uniform going forward. They instead chose to introduce a green gradient jersey today.

We don’t know if the Canucks got Pavel Bure’s opinion on their new look, but the Flames did seek the approval of his brother Valeri for theirs.

We heard your #FreeBlasty call and we answered.

This jersey is for you, #Flames fans … and is Valeri Bure-approved. pic.twitter.com/NenCh32z27

Given that the Flames just raided the Canucks in free agency, signing Jacob Markstrom, Chris Tanev, Josh Leivo, and even Louis Domingue, Canucks fans accused the Flames of trying to steal their jersey too.

Here are some of the best comments on social media today:

The @NHLFlames 2020 invasion of the @Canucks is complete… pic.twitter.com/OVsBfLWLUT

i think it's very considerate that the flames are trying to make all their free agent signings feel at home https://t.co/EvPq5WMhxP

Kinda “meh” about the return of #Blasty, but since the retro home & aways are back, I will not complain. This @NHLFlames reverse retro looks too much like a Canucks throwback to me. pic.twitter.com/r2k2Wowmax

Since the #Flames signed 4 former #Canucks this off-season (Jacob Markstrom, Chris Tanev, Josh Leivo, Louis Domingue), they decided to honor them with their Reverse-Retro with the flying "V". pic.twitter.com/PH0wPc7Mcd

Why is there a horse head on a Canucks jersey?

What does the V shape stand for? 🤔

You guys want to be the canucks THAT bad?

@Aaaron_Taylor They jacked the old Canucks colours and put the fire horse on it!

Why does the new Canucks retro jersey have a horse logo?

Can you stop taking things from us #Canucks

I'm a fan of all the ex-Vancouver signings this off-season but did we have to go this close to full-Canucks retro?! @NHLFlames https://t.co/hs7tAkq99m