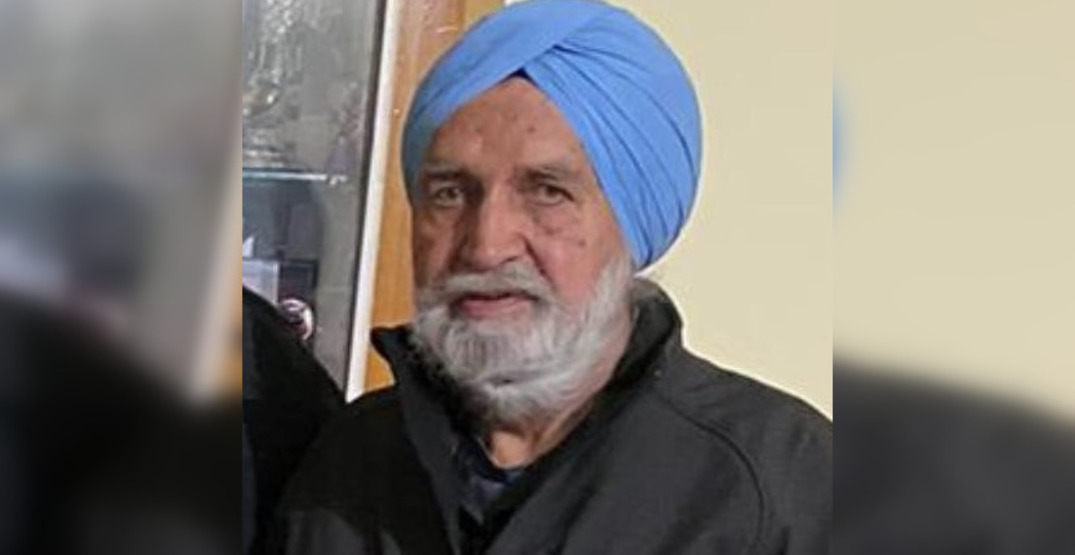 The search for a missing senior with dementia in Delta came to a tragic end this weekend, with the man’s family wanting to ensure others don’t have to endure the same fate.

The family of 88-year-old Jarnail Sanghera have started a petition to create a silver alert system in BC to help find vulnerable people who go missing.

Sanghera was last seen on Friday, May 15, walking past a bus stop on 112 Avenue past 88 Avenue.

The family mobilized the community and created a search team via social media, with hundreds of volunteers setting out in search of the missing senior, and sharing his images across various platforms.

On Sunday, May 24, Delta Police confirmed that Sanghera’s body was found in a wooded area off Swenson and Nordel Way.

The family is hoping to get an alert system in BC for individuals with dementia and other cognitive issues who go missing.

“BC Silver Alert has been attempting to do this but they need more support,” reads the petition, started by Sanghera’s family.

“There needs to be an instant message sent via text to all members of the community and social media as soon as a vulnerable individual goes missing.”

BC Silver Alert is a citizen-led effort to alert the public on missing persons, but there is no centralized system in place across the province.

The family’s petition is penned to the BC Minister of Public Safety, and in less than 24 hours, it has received 7,500 signatures.

Sanghera’s family also issued a statement thanking those who helped search for their “Papa Ji” — a term of endearment and respect used for a father or grandfather in Punjabi.

“He has left behind a heartbroken family who adores him and will carry on his legacy. He absolutely loved nature and all animals. He’s probably smiling down on us, witnessing our community come together in an attempt to find him.”