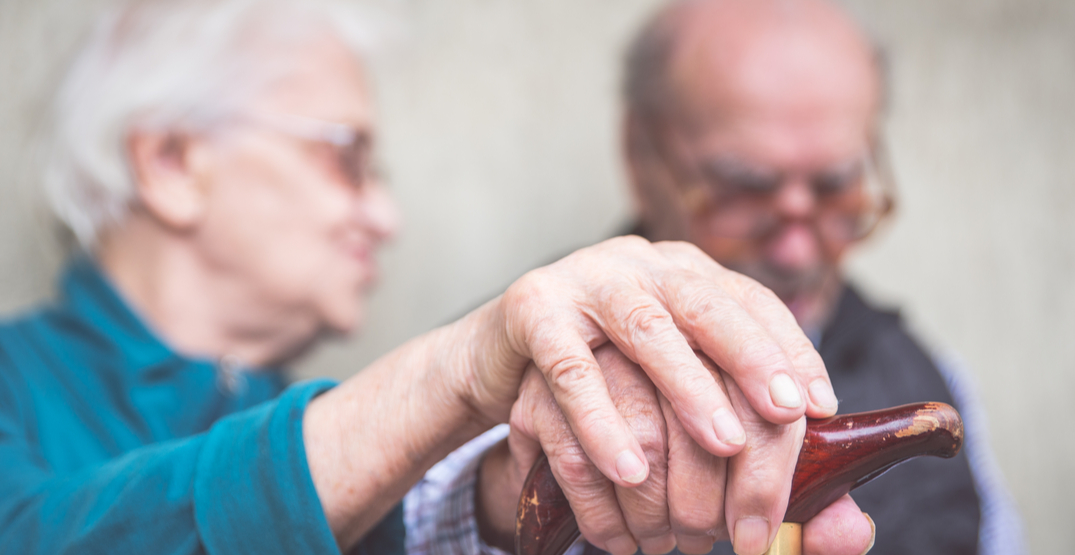 Long-term care homes have been hit hard by the COVID-19 pandemic.

A release from the Angus Reid Institute states that an estimated 82% of all coronavirus-related deaths have occurred at these long-term care facilities, which incited the institute to conduct a study regarding the future of the homes.

According to the release, around two-thirds of the 1,777 Canadian respondents who completed the online survey between May 18 and 19 stated that they would like to see a nationalization of long-term/extended care facilities. 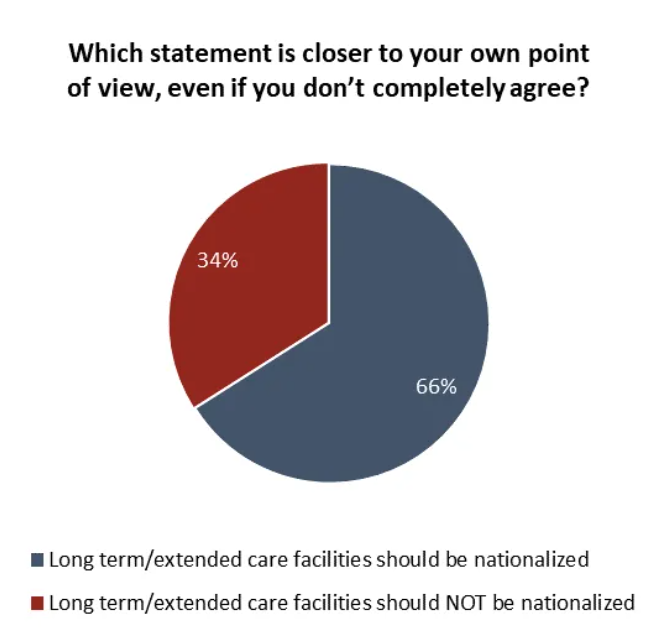 The Institute noted that these facilities currently fall under provincial jurisdiction and are not subject to the Canada Health Act’s national standards.

Prime Minister Justin Trudeau has stated that the nationalization of long-term care facilities will be considered following the pandemic, according to the release.

While the majority of Canadian respondents were in favour of taking such action, those opposed largely diverged by political affiliation.

The vast majority of Liberal, NDP, and Bloc Quebecois voters were in favour, while the Conservative Party of Canada voters were the only hold-out, with 52% opposed. 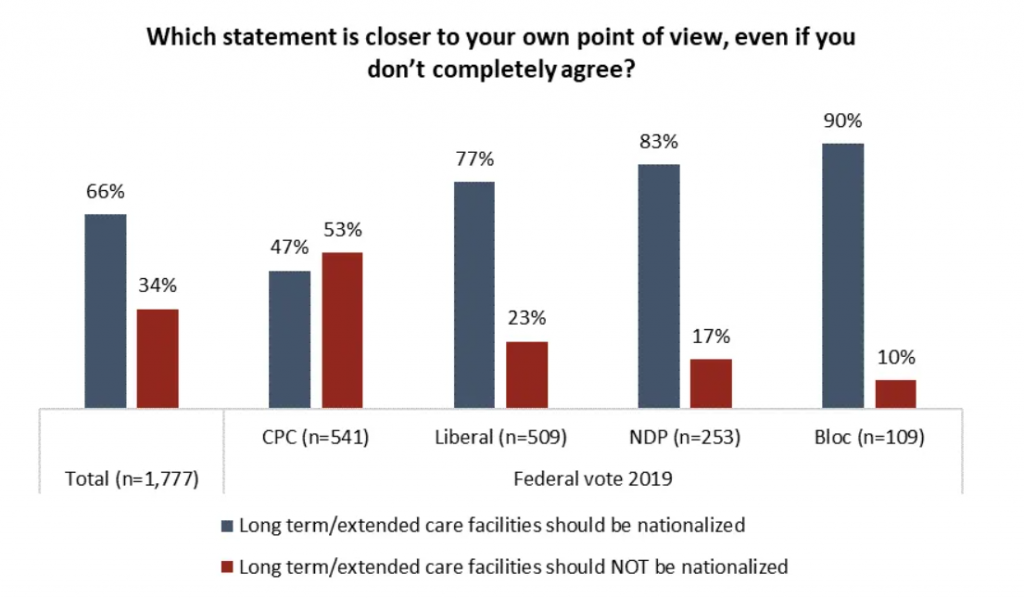 The study noted that household income didn’t play a similar factor on the issue, as at least 63% of all levels of income stated that they believed long term care facilities should be nationalized.

Similarly, there was no single age or sex demographic that didn’t see the majority in favour, though males 18 to 34 saw the least support, while females aged 35 to 54 saw the most support. 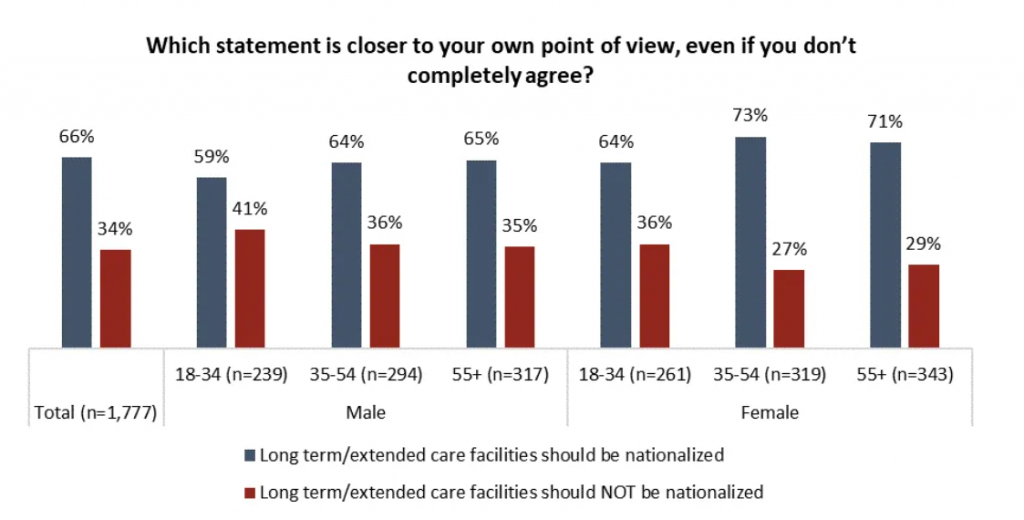