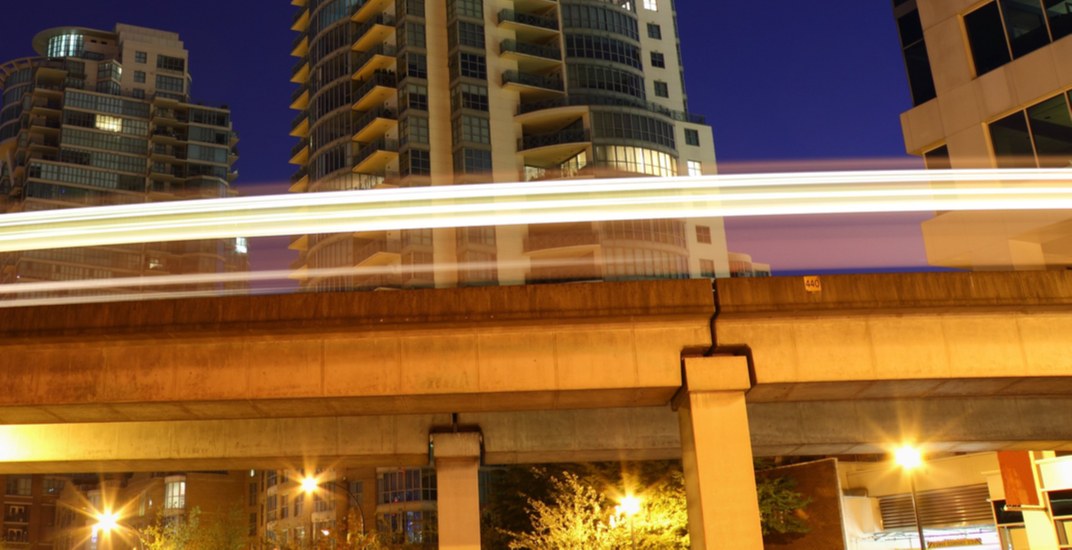 Late-night commuters who use SkyTrain’s Expo Line are being advised to expect service delays, beginning this Monday, July 2.

The delays are due to a TransLink project, which will see six kilometres and 11,000 rail pads on the Expo Line replaced in downtown Vancouver, and near the Main Street – Science World Station.

“Expo Line is more than 30 years old,” said TransLink in a statement. “This work will ensure it remains safe and reliable for years to come.”

Work is scheduled to run Sunday through Thursday each week from 9:30 pm until the end of service.

There will be some exceptions to this for special events, including the Honda Celebration of Light fireworks shows.

The downtown phase of work runs until the end of 2018. Work in the Main Street – Science World Station area is slated to start in early 2019.

To prepare for the delays, TransLink is advising customers of the following:

For neighbours in the vicinity of the tracks, TransLink said there will be “some noise related to the operation of machinery, and the cutting and grinding of steel.”

The work is part of the larger TransLink Maintenance and Repair Program, which is replacing approximately 5,000 linear metres of running rail annually. Last month, crews completed work to replace 21,000 rail pads on the Expo Line between Scott Road and King George stations.