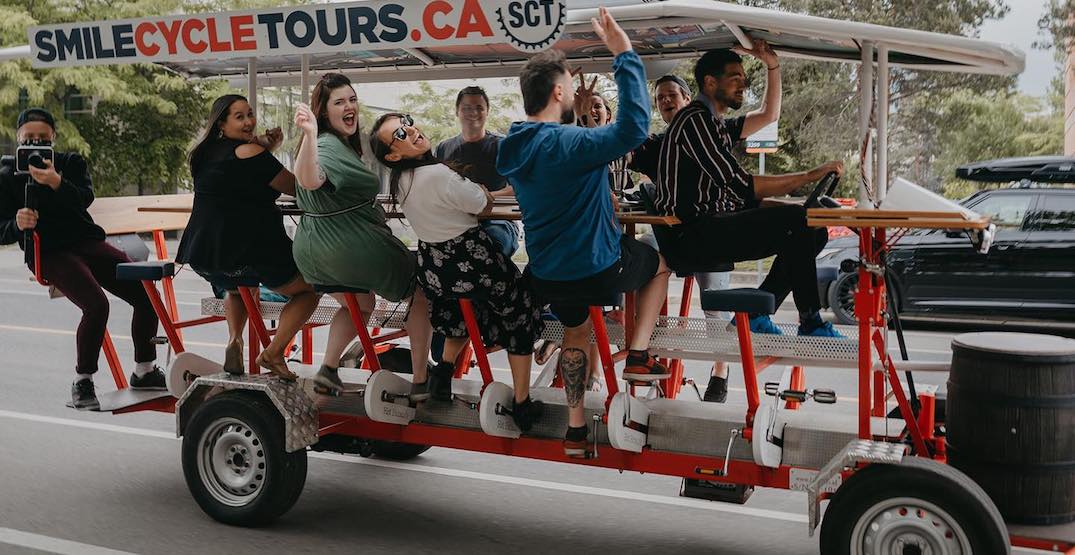 Quadricycles that rely on the peddle power of eight to 16 seated passengers could soon be coming to the streets of Vancouver, potentially as early as Spring 2022.

Next week, Vancouver City Council is expected to approve a policy recommendation by city staff that approves quadricycle tours and establishes a framework for how the businesses are to operate.

The tour operations on the four-wheeled vehicles are similar to tours already operating in North Vancouver City, Richmond, Victoria, and Kelowna. Since 2019, Canadian Craft Tours has operated a two-hour tour on a 14-passenger party quadricycle that visits three breweries in Lower Lonsdale in North Vancouver.

Vancouver’s regulations will be similar to those of these other BC cities to help ensure public safety and manage public spaces, traffic, parking, and noise.

This framework is being implemented after prospective tour operators approached the municipal government to start quadricycle tours between local breweries and tours between sites of interest. 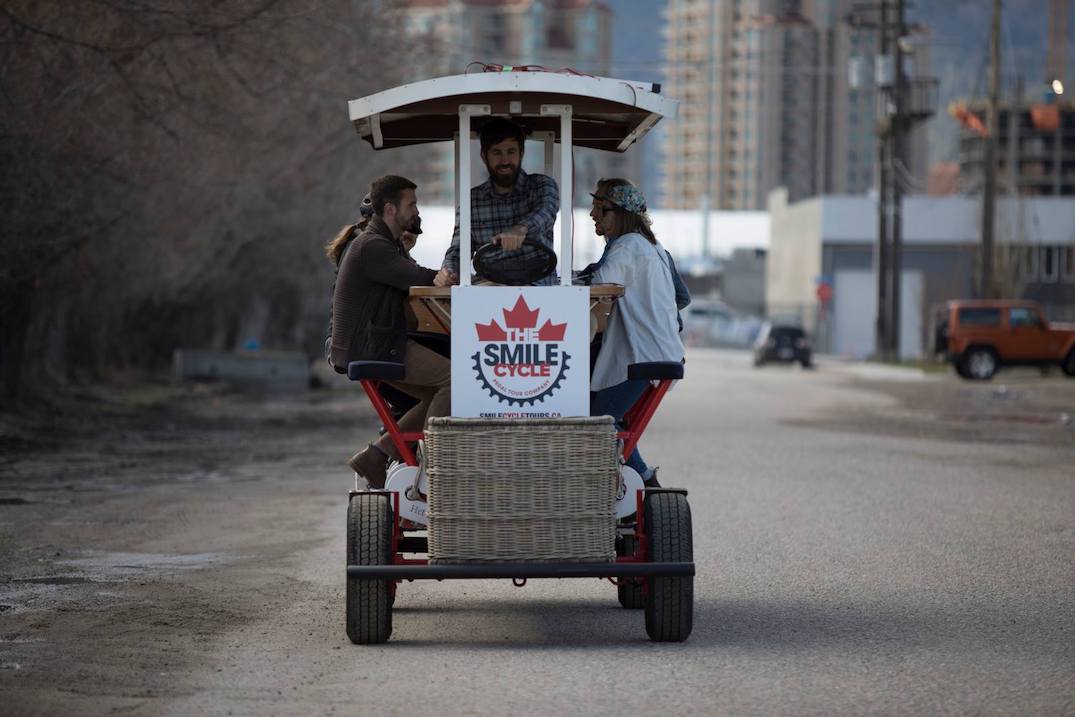 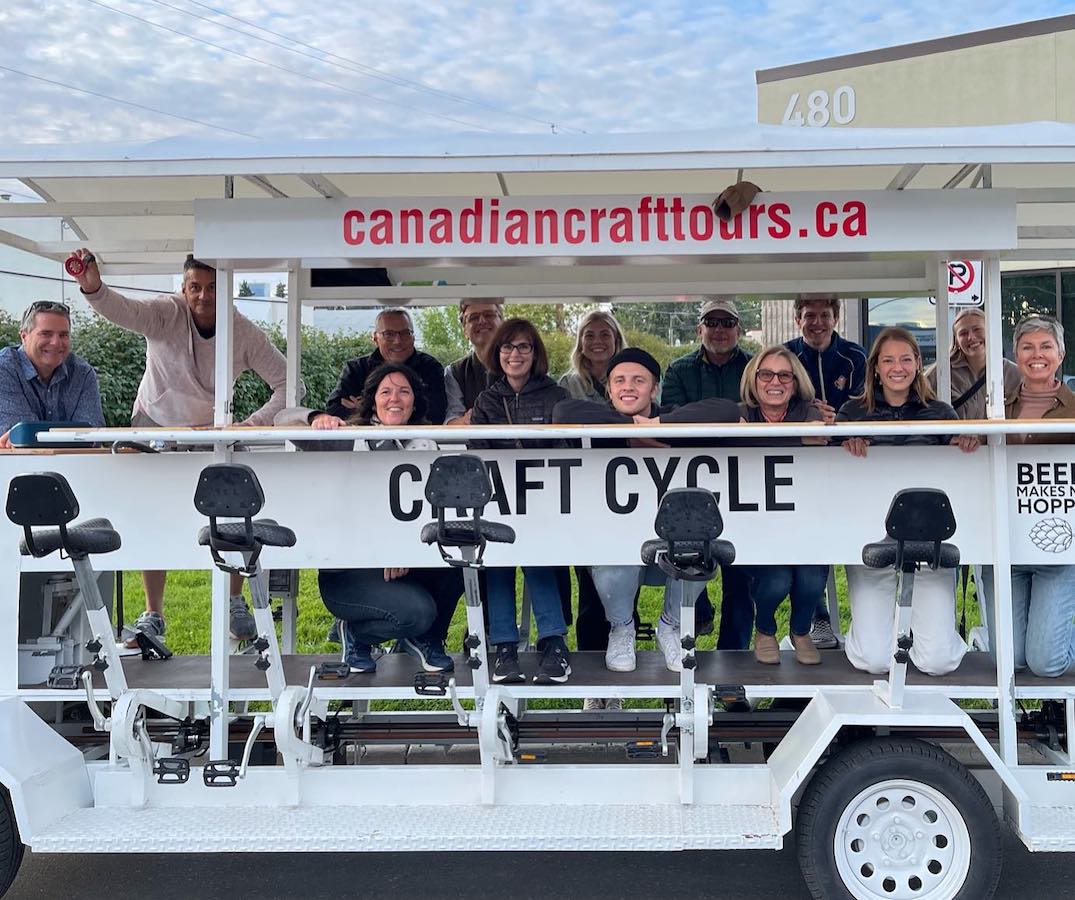 Following approval, the city expects two to four quadricycles in total will operate in Vancouver in the first year, and this could increase to up to eight in total over time, with no licensing limits.

The vehicles can only be used on minor streets and laneways, with operators required to submit their tour routes for approval by the city. The vehicles are too wide and heavy for use on bike lanes and multi-use pathways, and their speeds of up to 10 km/hr means they are too slow for the safe use on arterial streets.

Tours can only happen during the daytime, not overnight, and passengers cannot consume alcohol and cannabis onboard.

Separate approval is required by the Vancouver Park Board for quadricycle operators to use park lands, such as Stanley Park.

Just like a car, each quadricycle is required to have front headlights, a red reflector, rear tail lights, turn signals, and reflectors.

The annual licensing fees for tour operating businesses are set at $63 per licence application fee, $163 per vehicle for hire office licence, $203 per quadricycle, and $69.40 per route approval. 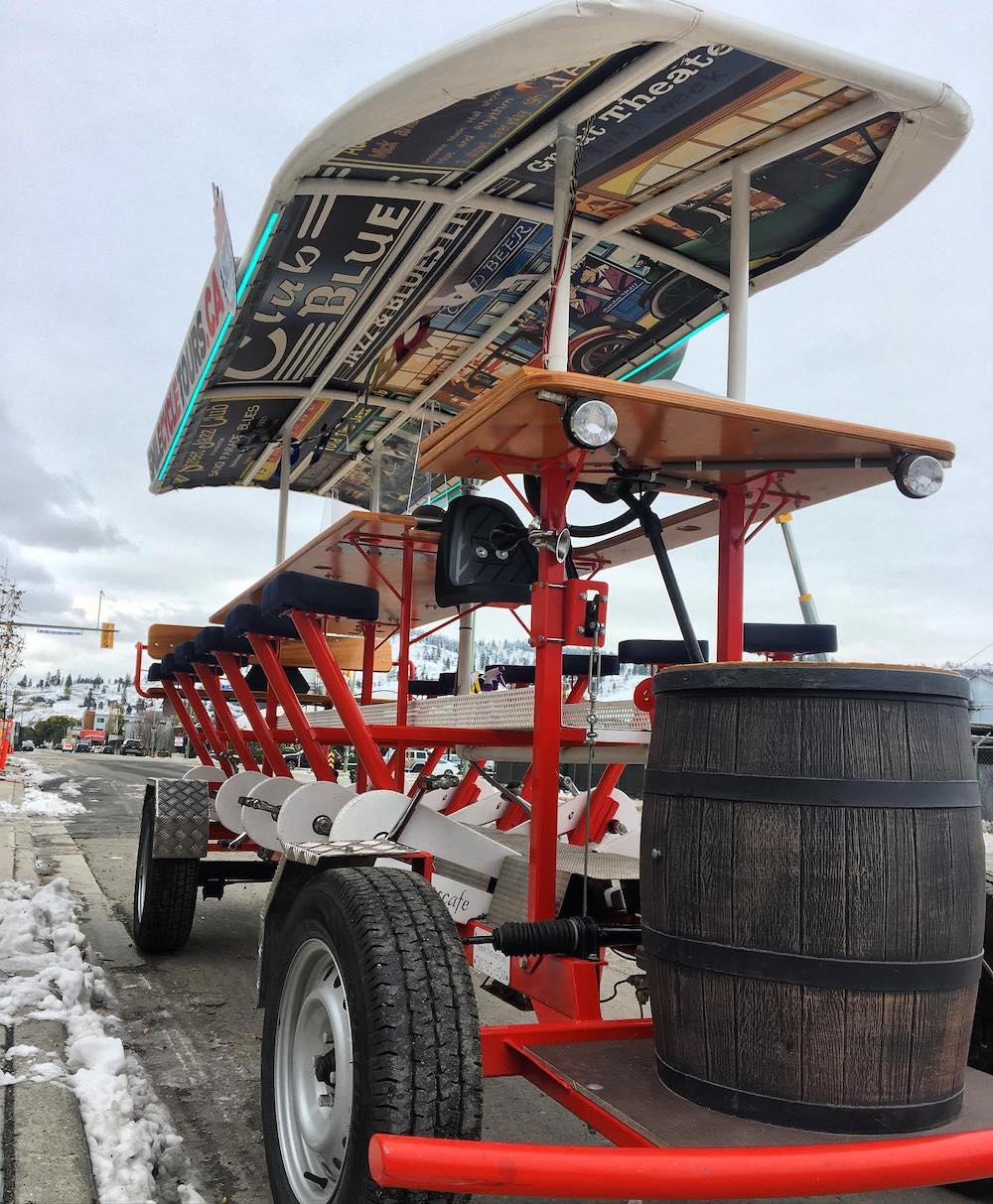