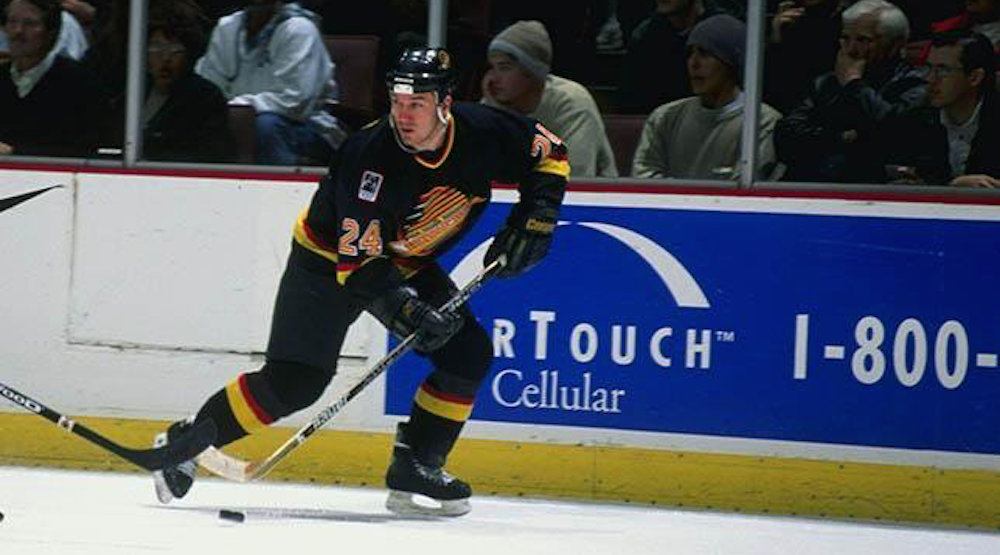 June promises to be an extremely busy month for NHL general managers.

Not only does every team have to deal with the NHL Draft (June 23) and free agency (July 1), but this year they’ll also have to manage their rosters ahead of the Expansion Draft that takes place on June 21.

The NHL’s 31st team, the Vegas Golden Knights, will pluck one player from the other 30 teams. Each team will have the option to protect one goalie, three defencemen, and seven forwards, or one goaltender and eight skaters of any position. Players that have fewer than two years of professional experience are exempt from being picked.

Most expect the Canucks will protect one goalie, three defencemen, and seven forwards:

That leaves defenceman Luca Sbisa, and forwards Brendan Gaunce and Derek Dorsett as the most likely players to be picked by Vegas general manager George McPhee, unless pending UFA goalie Ryan Miller tickles his fancy instead.

The rules are set up to benefit Vegas more than any other time in NHL history. Case in point, in the most recent Expansion Drafts (1997, 1998, 1999), teams were allowed to protect either one goalie, five defencemen, and nine forwards, or two goaltenders, three d-men, and seven forwards. That essentially left the expansion teams to pick over depth defencemen, fourth-liners, and back-up goalies.

Despite less than ideal rules for expansion teams, the Canucks have lost some important players throughout the history of Expansion Drafts. Here’s the complete list:

The 29th and 30th NHL teams, Minnesota and Columbus entered the league at the same time in 2000.

The Minnesota Wild had Canuck fever back in 2000, snagging Minnesota native Darby Hendrickson and Swedish centre Stefan Nilsson from Vancouver.

Hendrickson played four seasons with the Wild. As Canucks luck would have it, he scored the game-winning goal in Game 7 of the second-round of the playoffs against his former team three years later.

Steve Staios was coming off a goalless season with the Canucks when the Atlanta Thrashers selected him in 1999. Staios went on to have a long and productive career, appearing in 792 games after he was picked by the Thrashers. He also served as Atlanta’s captain in 2000-01.

Scott Walker was a fourth-line energy players with limited offensive ability when Nashville took him off Vancouver’s hands in 1998. Walker went on to exceed all expectations, with two 25-goal seasons in Nashville, and 397 points in his career.

John Vanbiesbrouck never played a game for the Canucks, but he was Vancouver property when Florida chose him with the first pick in the 1993 Expansion Draft. Vanbiesbrouck was acquired by the Canucks for defenceman Doug Lidster in order to provide protection for up-and-coming goalie Kay Whitmore.

Of course, Lidster would go on to help the Rangers defeat the Canucks in the Stanley Cup Final the following season, while Whitmore’s career didn’t exactly take off, playing just 49 more games in his NHL career.

The Ottawa Senators put together the second-worst season of all-time during their inaugural year. It should come as no surprise then, that two of their Expansion Draft selections were defenceman Ken Hammond and centre Rob Murphy, both from the Canucks.

The only team to have a worse season than the 1992-93 Ottawa Senators? That would be the 1974-75 Washington Capitals. Like Ottawa, they loaded up on unremarkable Canucks, like left winger Mike Lampman, and defenceman Larry Bolonchuk.

Kansas City took centre Richard Lemieux, who scored 17 goals just two seasons earlier, but went on to only score 10 goals for the rest of his NHL career.

Despite joining the league just two years earlier, the expansion New York Islanders and Atlanta Flames were allowed to raid Vancouver’s cupboard in 1972.

While the Islanders ended up with two players that never played an NHL game after they were selected, Atlanta ended up with defenceman Pat Quinn.

For Quinn, who now has a statue outside of Rogers Arena, it was the second time in three seasons he was give up for nothing for an expansion team. He rewarded Atlanta for taking him, playing in 374 games for the Flames and piling up 555 penalty minutes.

The Canucks, along with the Buffalo Sabres, entered the league in 1970. Buffalo famously won the first pick in the NHL Entry Draft that year, taking Gilbert Perreault first overall. They were less famously allowed to pick first in the Expansion Draft also, taking Tom Webster from the Boston Bruins with the first selection.

The Canucks chose Gary Doak with their first pick, but a number of other historically notable players were selected.

Vancouver’s first-ever captain and Ring of Honour member, Orland Kurtenbach, was taken with the fourth overall pick. Also in the Ring of Honour, Quinn was picked eighth overall.

The answer to a trivia question, Barry Wilkins, who scored the first-ever goal in franchise history was picked 18th. Wayne Maki’s #11 jersey is unofficially retired by the Canucks, and has been (other than three years when it was worn by Mark Messier) since his death in 1974.