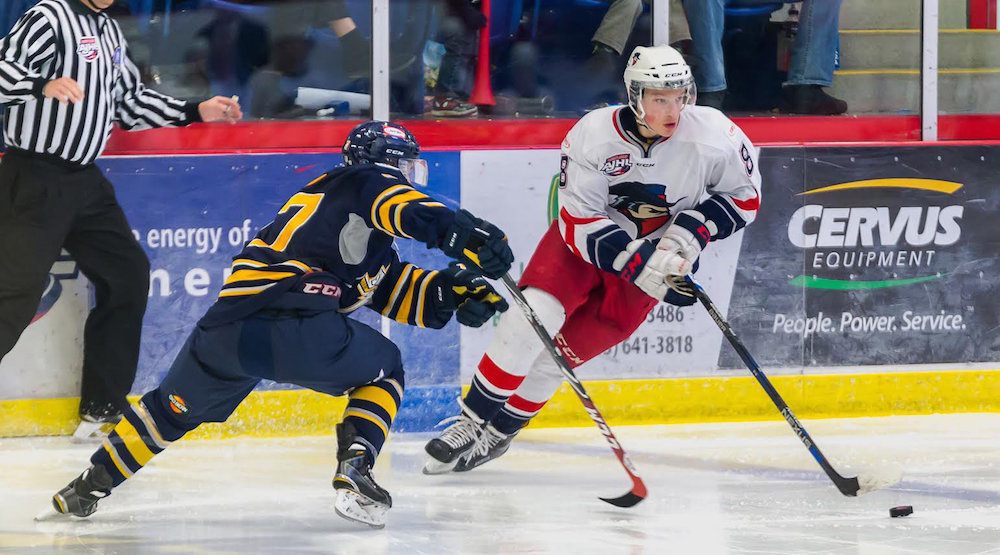 We’re just over a month away from the NHL Draft in Chicago, and the player the Canucks are likely to select is still very much up in the air.

After the hockey gods frowned upon the Canucks at the Draft Lottery last month, Vancouver owns the fifth pick. Nolan Patrick and Nico Hischier, the consensus top two picks, will be long gone by then.

After that, it’s anybody’s guess.

Armed with a number of good young defencemen, most pundits expected the Canucks to take aim at a centre with their pick, but Nikita Tryamkin’s decision to bolt to Russia certainly makes their depth on defence a lot shallower.

Although in reality with the amount of holes the Canucks have in their organization, GM Jim Benning needs to take aim at the best player available, regardless of position.

“When we were in the top-two, we were kind of planning on that player playing on our team next year,” Benning said on TSN 1410 last week. “Picking at five, we’re going to have to be a little bit more patient with that player as he continues his development to be an NHL player.”

“We’re going to still get a real skilled player at five,” Benning continued. “At the end of the day, the player could be as skilled as any player in this draft. We’re excited about that, there’s some playmaking centre icemen and there’s some power play defencemen that are in the mix so it’s going to be a fun time for our fans and our scouts and I’m looking forward to it.”

Benning doesn’t drop nuggets of information like this without reason. Expect the 3-5 spots on his list are filled with playmaking centres and power play defencemen.

Here’s a look at the most likely “power play defencemen” the Canucks could select. 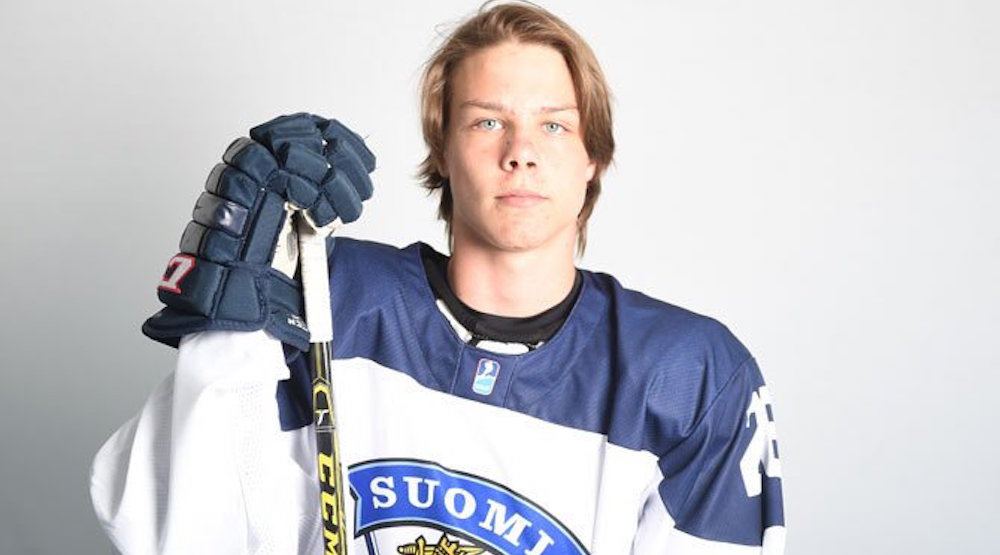 If the Canucks want a future top-pairing defenceman, then they may want to draft a Finnish defenceman in the first round for the second year in a row.

Miro Heiskanen enters the draft as the top rated d-man, rocketing up the charts throughout the season. TSN had 5-foot-11, 174-pound blueliner ranked 13th midway through the season, but he finished the year ranked fourth.

Heiskanen has been described as a smooth-skating defenceman with skill, although he’s good in every facet of the game. He’s said to not be a liability defensively, and he’s not afraid to throw bodychecks.

To put that in perspective, Sami Salo scored 10 points in 35 games in the same league as a 23-year-old, one year before making the move to the NHL.

Rasmus Ristolainen, an eighth overall pick in 2013 and already an effective offensive defenceman in the NHL, had 15 points in 52 games in the Finnish Elite League in his draft year.

Heiskanen, a left shot, was also paired with Canucks prospect Olli Juolevi at times on Team Finland at the World Juniors. 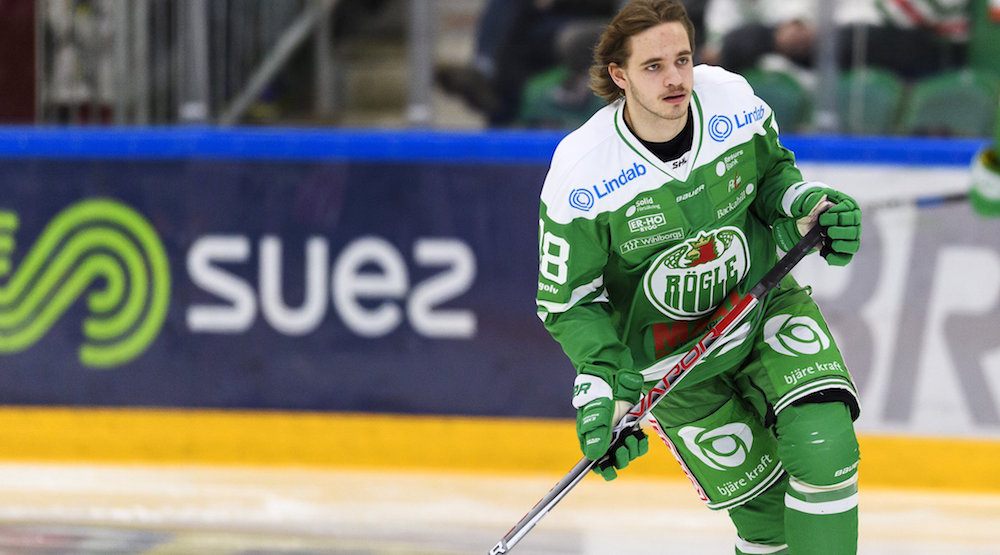 “The Swede is the undisputed top defenceman in this draft and, at this point, it’s not even close.”

That’s what TSN’s Bob McKenzie wrote about Timothy Liljegren in his pre-season draft rankings back in September. He was ranked second, behind only Nolan Patrick, at that time.

But after an injury-riddled season that also included a bout with mononucleosis early on, his stock has plummeted.

The 5-foot-11, 192-pound Swedish defenceman dropped from second spot to #3 on TSN’s midseason rankings, and fell all the way to 12th spot by the end of the season. “Spotty play” was how McKenzie described Liljegren’s play after the injury.

He missed the World Juniors, eliminating his best chance to prove himself against elite competition.

Of the three defencemen in the running for the Canucks to pick, Liljegren has the most size. Unlike Heiskanen, Liljegren is a right-shot, which could be beneficial to the Canucks, who already have Juolevi in the pipeline, who shoots left.

His stats won’t jump out at you because he competed against men, playing pro hockey in Sweden, but by all accounts the puck moving defenceman was very good at the U18 and Five Nations junior-aged tournaments.

The 18-year-old Swede has to be one of the more intriguing players available.

Was Liljegren not as good as scouts originally thought, or was he simply the victim of some bad luck with regards to his health?

One team will soon find out. 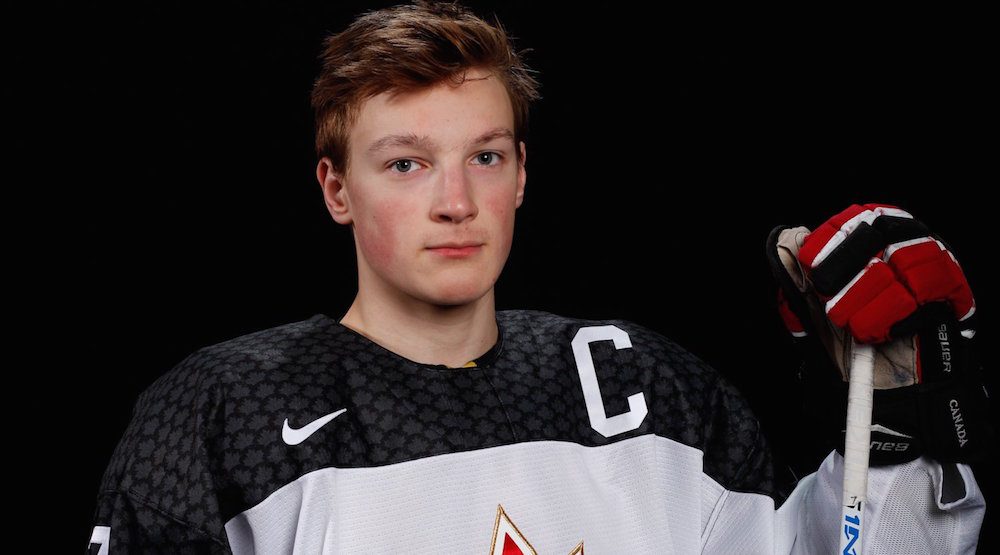 Another intriguing player is Cale Makar, who will be one of the biggest wild cards of the first round.

A highly talented defenceman from Calgary, Makar piled up the points from the blue line last season. The problem? He did it with the Brooks Bandits of the Alberta Junior Hockey League, a league not known for pumping out top quality talent.

The AJHL didn’t produce a single draft pick in the last two drafts, and hasn’t produced an NHL first rounder since 2009.

But great players have been found in lesser leagues before, so you shouldn’t count Makar out. It just means the job for scouts is a little more difficult.

The biggest reason to get excited about Makar? He’s drawn comparisons to Erik Karlsson.

Makar wasn’t on the first round radar before the season, but has skyrocketed up the rankings all season. He ended the season as seventh-ranked player by TSN, and the second-ranked defenceman.

At the World Junior A tournament, he captained Team Canada and scored eight points (4-4-8) in four games.

Makar has committed to the University of Massachusetts next season, where the undersized d-man will get a chance to compete at a higher level.