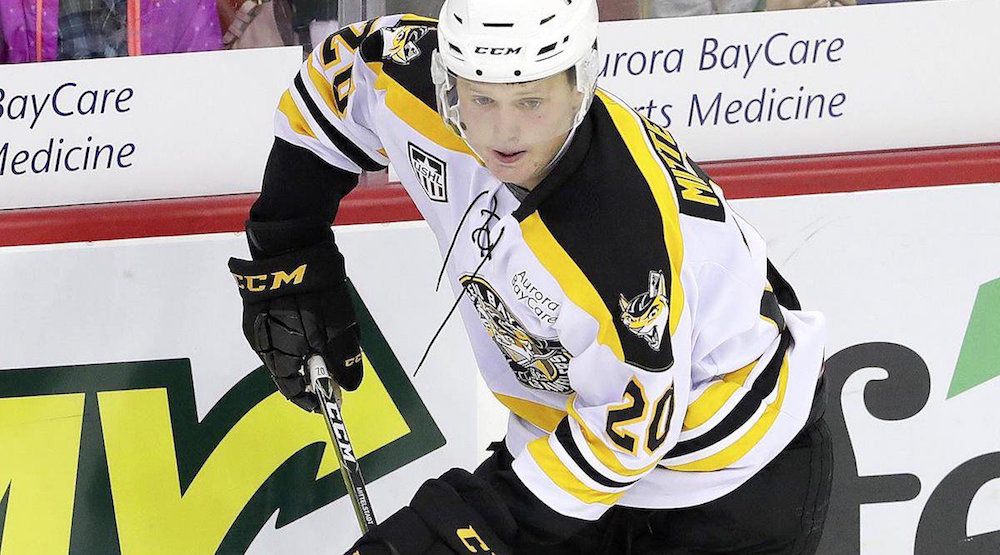 With the Draft Lottery in the rearview mirror and the Canucks slated to pick fifth overall for the second consecutive NHL Draft, it’s time to focus on who the team should select come June 23 in Chicago.

Picking with one of the top two selections would’ve added an instant boost to the Canucks adequate prospect pool in the form of Nolan Patrick or Nico Hischier, who are the consensus amongst NHL scouts to go first and second.

It’s wise to pick the best player available in this draft, but the Canucks must be cognizant of the player that benefits them the most in future.

With a need for a centre to compliment Bo Horvat, here are three good middlemen that could be available after Patrick and Hischier are taken.

Cody Glass is one of the most polished two-way players available.

The 6-foot-2 Portland Winterhawks centre has soft hands, great skating ability, and smarts with and away from the puck make him a desirable pivot to pick.

Glass still has time for growth, which is why scouts believe the Winnipeg product could one day resemble Winnipeg Jets centre Mark Scheifele, or Predators anchor Ryan Johansen. TSN’s Craig Button has the Canucks selecting Glass in his latest mock draft.

An all situations player that scored seventy percent of his points at even strength, the Winnipeg native’s stock has risen more than almost any other player since the start of the season under the tutelage of former Canucks assistant coach Mike Johnston. Johnston coached above Travis Green in Portland, and had Johansen for 2012-13 season.

He’s not the flashiest player, but if Glass can project to the same level of Johansen, the Canucks will have a formidable one-two punch at the centre spot that could compete in the rugged Western Conference for years to come.

Gabriel Vilardi is highly-skilled right-shot centre that could solidify the Canucks down the middle, although there’s chatter that he may be best suited as a winger at the NHL level.

The 6-foot-2 forward played a good chunk of time on right-side with Windsor, which could give Glass the upper hand if the Canucks want a more established centre, although his versatility would be welcomed. Scouts question his overall speed and first few strides, but that’s not to say Vilardi doesn’t motor well. The product of Kingston is rather agile for a big man.

Vilardi’s composure with the puck allows him to excel down low where he’s most economical. A possession wizard with terrific puck-handling, he’s drawn comparisons to Leon Draisaitl.

The 17-year-old has hovered in and around the top-five in most mock drafts all season and has performed well against his peers despite being one of the youngest players in the draft class.

His season with the Spitfires isn’t over yet, as Windsor will host the 2017 Memorial Cup despite being eliminated by the London Knights in the first round of the OHL playoffs.

Casey Mittelstadt’s skillset makes him a popular pick for those looking for dynamic talent. An extremely good skater, Mittelstadt can pass as good as anyone, and has a lethal shot that fashions him as a scoring threat.

Mittelstadt’s sturdy stature allows him to handle himself against bigger opponents. He uses his wheels to his advantage on the forecheck and can speed up or slow the game down when need be.

Although he might take longer to reach the NHL level, Mittelstadt might have the highest offensive ceiling out of the aforementioned centres.

Other centres that the Canucks could look at include Martin Necas out of the Czech league, 6-foot-5 Surrey native Michael Rasmussen, or Jonathan Dahlen’s Swedish linemate Elias Petterson.