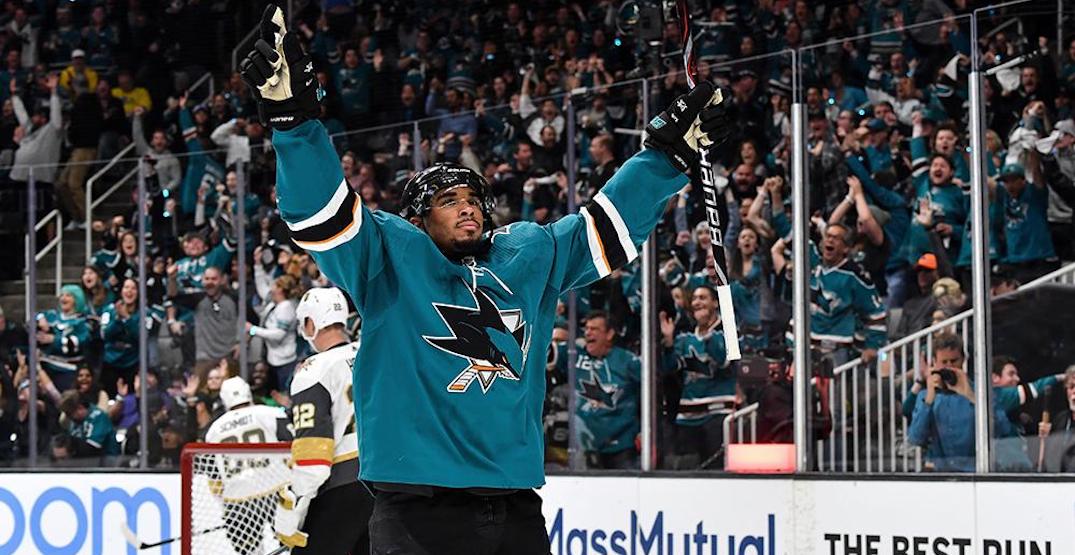 In sports like hockey, where players are encouraged to not stand out, Evander Kane is different. And not just because of the colour of his skin.

The 28-year-old San Jose Sharks forward isn’t afraid to speak his mind, even on a sensitive subject like race in America… and Canada too.

As one of the few black players in the National Hockey League, the Vancouver native has not only expressed his disappointment and anger following the killing of George Floyd but is also calling on white athletes to speak up.

“We need so many more athletes that don’t look like me speaking out about this, having the same amount of outrage that I have inside, and using that to voice their opinion, to voice their frustration,” Kane said in an interview with ESPN’s First Take Show. “Because that’s the only way it’s going to change. We’ve been outraged for hundreds of years, and nothing’s changed.

Not only does hockey have far fewer black athletes than the other major North American pro sports, it also has a culture of discouraging standing out from the pack, which is something Kane acknowledged.

“I think hockey unfortunately has a different culture than some of the other sports in terms of speaking out and using your voice, and speaking your mind. I’m one of the anomalies when it comes to NHL players in doing that. That’s another part of our problem is guys being scared to really speak their mind and stand up for what is right.”

“We talk about how sports is for everybody… But when we talk about our own personal battles outside of sports, there’s a lot of people that are silent on issues. And they’re important issues. They’re issues that have been going on for hundreds of years. We need that same type of team mentality to be brought to issues outside of our sport.”

Since Kane’s comments on Friday, more NHL players have spoken out publicly, including his Sharks teammate Logan Couture, as well as star players like Auston Matthews, Anze Kopitar, and Blake Wheeler, among others.