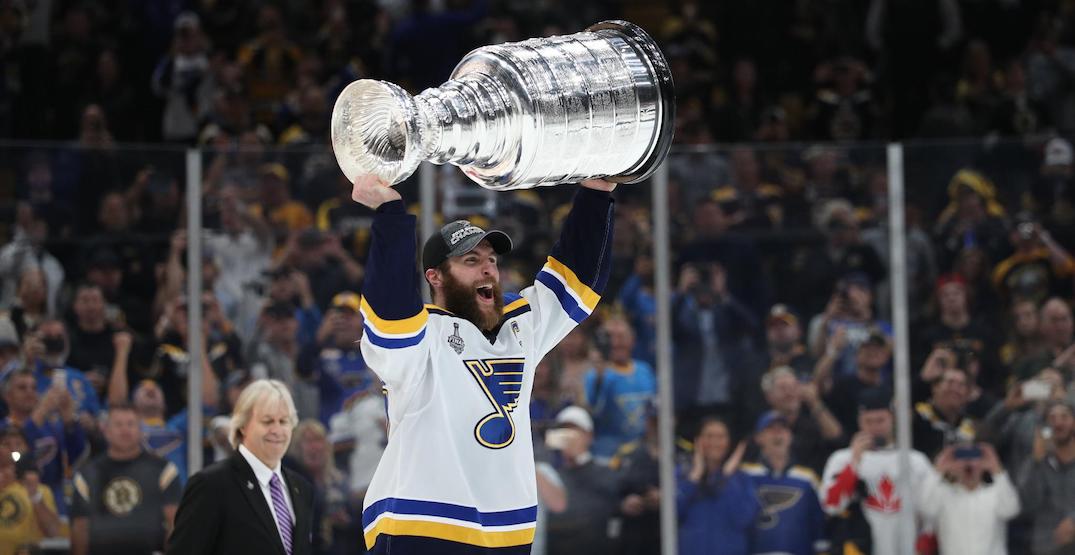 They’re not technically the playoffs, but they’re not the regular season either.

When Gary Bettman announced the details of the NHL’s return-to-play plan earlier this week, he introduced us to a new term.

The eight best-of-five series will look and feel like the Stanley Cup playoffs (other than the lack of fans in attendance), but it will in fact be known as the “qualifying round.”

Call it whatever you want; for hockey fans, this is a godsend.

In what amounts to a 24-team Stanley Cup tournament, 16 teams will compete for a chance to play one of the top four teams in each conference. We don’t know exactly when or where it’ll take place yet, but we do know the matchups.

Are Connor McDavid and Leon Draisaitl enough to beat the Chicago Blackhawks? The oddsmakers certainly think so.

Perhaps that’s unfair to the rest of the Oilers, who played much better under new head coach Dave Tippett, but no other team in the league can boast two stars as dominating as Edmonton’s.

Prediction: Patrick Kane, Jonathan Toews, and Duncan Keith won’t let Chicago get swept, but Edmonton’s star players are in their prime and will overpower them. Oilers in 4.

The Arizona Coyotes haven’t made the playoffs since 2012 and looked poised to qualify earlier this season. They traded for Taylor Hall but they didn’t exactly take off after the acquisition.

Nashville, conversely, has made the playoffs in five straight seasons. Are they a sleeping giant or a team that’s over the hill?

Prediction: The pause will help Arizona, a team that’s already used to playing in empty arenas. Coyotes in 5.

These two teams last met in the playoffs in 2003 when Minnesota overcame a 3-1 series deficit to upset the Canucks. Vancouver is favoured this time around, too, in a matchup of opposites.

The Canucks are led by young stars like Elias Pettersson, Quinn Hughes, and Brock Boeser. Conversely, many of the Wild’s star players, like Ryan Suter, Eric Staal, Zach Parise, and Mats Zuccarello, are in their 30s.

Prediction: Jacob Markstrom will outperform Alex Stalock in goal, and Vancouver’s young stars will excel while Minnesota struggles to shake off the rust. Canucks in 4.

Oddsmakers are split on a matchup between the Calgary Flames and Winnipeg Jets. These two teams played just once during the regular season, a 2-1 overtime win by Calgary at the Heritage Classic in Regina.

Both teams have dangerous forwards, but the Flames have the unquestioned advantage on defence, as Winnipeg’s blue line was decimated in the past 12 months. But the Jets have the clear advantage in goal, where Connor Hellebuyck posted one of the best save percentages in the NHL (.922).

Prediction: Hellebuyck will keep Winnipeg in every game, but David Rittich will step up to minimize the advantage. Flames in 5.

In the biggest mismatch on paper, instead of preparing for the NHL Draft, the Montreal are getting a shot at the Stanley Cup. They were 10 points back of a playoff spot when the season paused, while the Penguins are one of the best teams in the league, eyeing another Stanley Cup.

But in a short series, anything is possible, and the Habs have Carey Price. They’ve also got nothing to lose, and that might be a scary proposition for Sidney Crosby and company.

Prediction: This series will be competitive, but Pittsburgh’s quality will rise above the Canadiens. Penguins in 4.

After a surprise run to the Eastern Conference Final last year, the Carolina Hurricanes aren’t exactly a Cinderella team this time around. They’re favoured to beat the New York Rangers, who have one player that should scare them: Artemi Panarin.

Panarin finished tied for third in league scoring with 95 points, but Carolina is deep up front and on defence, and should come out on top.

Prediction: With last year’s experience under their belts, the Canes know how to win in the playoffs and they’re still a team on the rise. Hurricanes in 3.

The Florida Panthers are the only team the oddsmakers like that are below their opponent both in terms of overall points and points percentage. New York Islanders fans surely will feel slighted by it, but maybe they shouldn’t.

The Islanders limped into the pause, losing seven straight games, and 11 of their last 13. The Panthers weren’t exactly rolling either though.

Prediction: The Panthers have the better team on paper, but the Islanders have Barry Trotz’ suffocating system. Islanders in 5.

They might still have to play the Boston Bruins on their journey to the team’s first Stanley Cup since 1967, but the Toronto Maple Leafs will get a bit of a break against the Columbus Blue Jackets.

But despite a talented lineup, the Leafs will need to be careful against Columbus, who swept the Tampa Bay Lightning in the playoffs one year ago. The Blue Jackets don’t have star power like Auston Matthews, Mitch Marner, or John Tavares, but they do have a plucky group with excellent defence and good goaltending.

Prediction: The Blue Jackets will indeed give Toronto a scare, but there won’t be an upset. Leafs in 5.