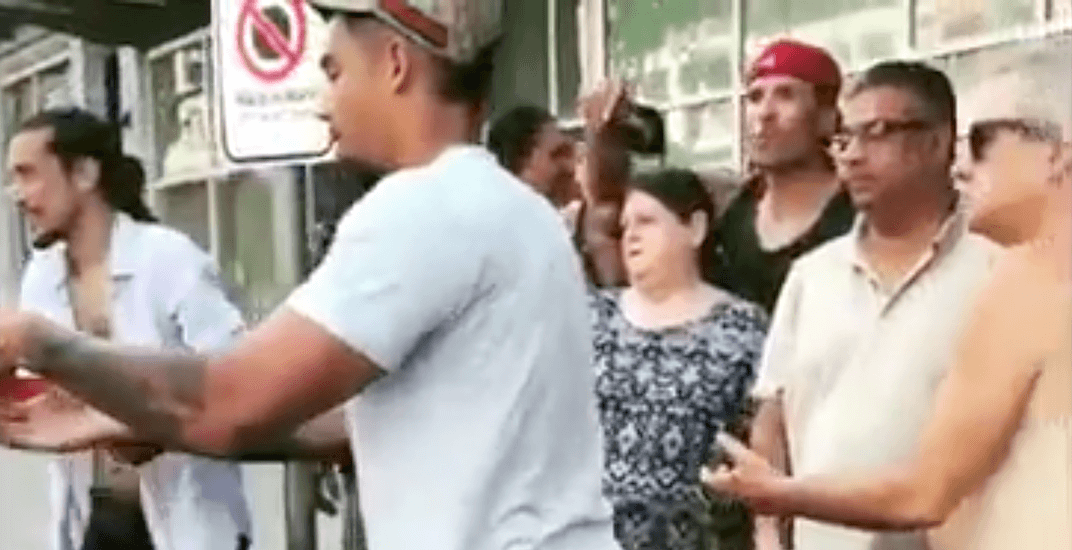 Evander Kane has been no stranger to controversy during his NHL career. Off-ice trouble seems to follow the 26-year-old Vancouver native around, but that’s not the case this week.

Because this is one heck of a good news story.

Kane, who grew up in East Van, decided to lend a helping hand to the most in need recently.

“Decided to take some lunch to the very appreciative people of Vancouver’s Downtown Eastside,” Kane tweeted on Tuesday.

I want to thank @evanderkane_9 for buying pizza from Little Caesars fraser st to help feed those in need in our city #vancouver #respect pic.twitter.com/lP1lAGLOTE

Kane loaded up his sports car with pizzas from Little Caesars and drove to Vancouver’s Downtown Eastside to hand deliver food and refreshments to people on the street.

Decided to take some lunch to the very appreciative people of Vancouver’s downtown east side. pic.twitter.com/0L1jVYz5E6

“People were coming up, they were very appreciative, very grateful,” the former Vancouver Giant said in an interview with Satiar Shah and Joey Kenward on Sportsnet 650. “It’s such a small thing that I was doing, but to them it was a big deal.”

Kane will begin his ninth NHL season, with the Buffalo Sabres, next month.