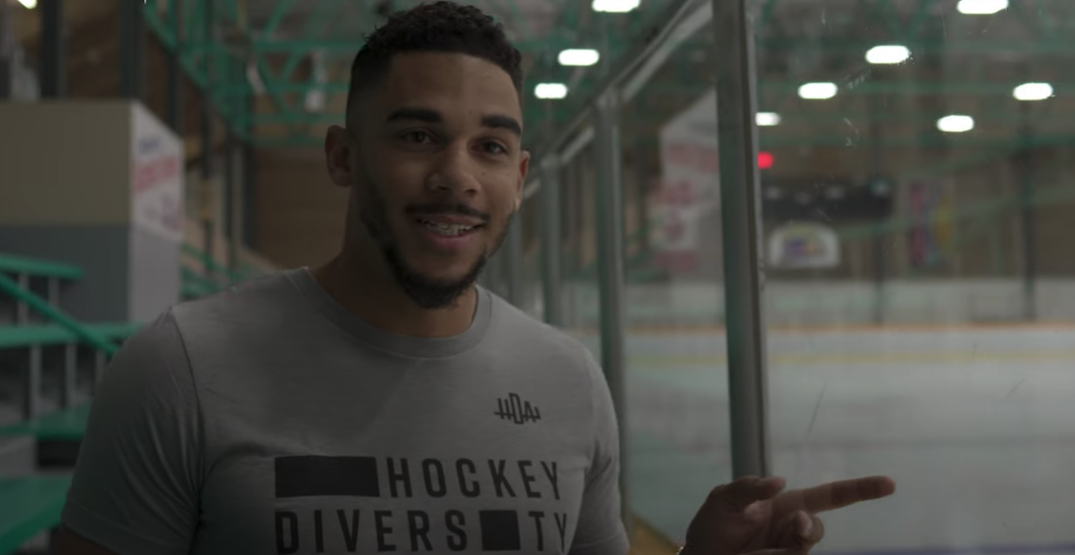 Back in his hometown of Vancouver, San Jose Sharks forward Evander Kane appeared in a video for Uninterrupted, LeBron James’ digital video company, which partnered with Drake when it expanded to Canada last year.

The video was made to help support Neighbour’s Restaurant and Pizza House, located at Victoria Drive and East 49th Avenue, not far from where Kane grew up on 54th Avenue near Fraser Street.

But Kane also shined a light on a racist incident that happened to him at Sunset Arena in East Vancouver, when he was playing in an atom (age 9-10) finals tournament.

“I had three goals in the game, I ended up taking a penalty in the third period, and I had five parents come bang on the glass and call me all sorts of racist names,” Kane recalled. “I remember skating back to the visitor’s bench and telling my dad, and he told me not to worry about it for now, shook it off.”

Kane didn’t specify where the parents were from, or what they said specifically. After the conclusion of the game, Kane says the opposing coach refused to shake his father’s hand.

“We’re skating through the lineup, shaking hands with the other team, and the other coach refused to shake my dad’s hand.

“So, some good memories, but also some tough ones too.”

Kane is a co-head for the Hockey Diversity Alliance, an organization that launched in June, aiming to end racism in hockey.

The 29-year-old has been perhaps the most outspoken NHL player during the Black Lives Matter movement, calling on white players to speak out against racism in the week after George Floyd was killed.