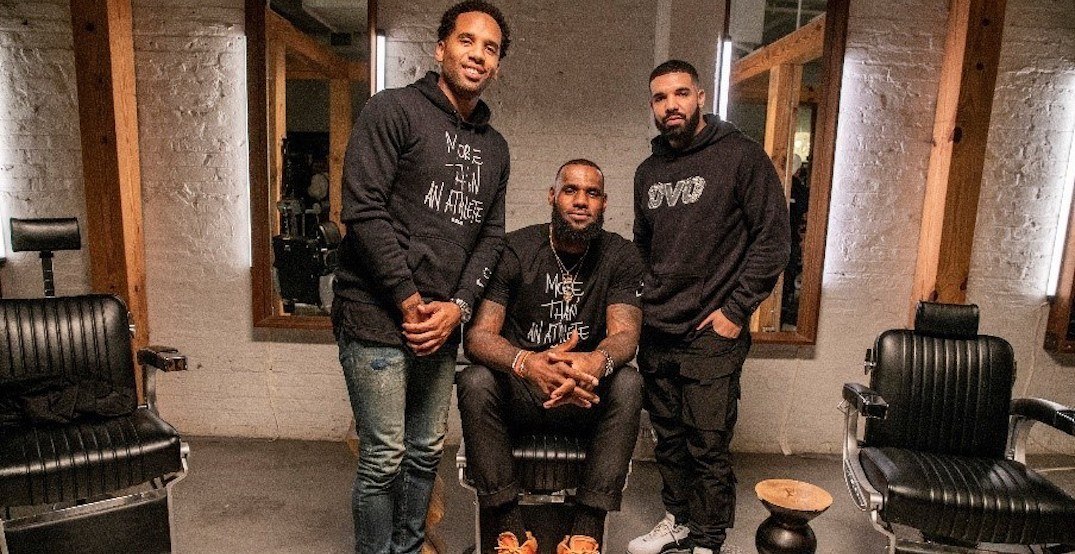 An athlete empowerment brand founded by LeBron James and Maverick Carter is coming to Canada.

And it’s doing so with a Canadian partnership.

On Tuesday, James’ Uninterrupted announced it’s partnering with Drake to empower Canadian athletes to be “More Than An Athlete.”

Uninterrupted launched back in 2015 in the US, and has since brought a connection between culture, sports, and media.

As its first international expansion, Canadians can expect the same connections, which will be led by CEO Scott Moore, who was president of Sportsnet for the past eight years, and Chief Content Officer Vinay Virmani, a successful Canadian film producer and director.

They will also be collaborating with Shopify Studios to develop content around athletes and entrepreneurialism. And as part of its initial content announcement, James’ company has already signed an exclusive first look deal with Toronto Raptors’ Serge Ibaka.

“When we started Uninterrupted, it was to give athletes a platform where we could share our stories and connect with our fans in a way we never had before. And to show what we are passionate about beyond the sports we play. It’s exciting to see that idea now leading a whole new era of athletes around the world feeling empowered to do more and be more,” said LeBron James.

“Expanding into Canada with some incredible partners puts Uninterrupted on a global scale and creates new opportunities for even more athletes and fans to be a part of what we’re building.”

Drake said he’s honoured to be in this new partnership.

“Uninterrupted has been an incredible platform for athletes to tell their stories and connect with fans,” said Drake. “I’m honoured to partner with LeBron to bring Uninterrupted to Canada, a country that continuously supports innovation and creativity.”

Moore said the new platform will allow Canadians to engage in a new brand of storytelling, and Virmani calls this a unique opportunity.

“Culture, creativity and diversity are interwoven into our national fabric,” said Virmani. “Bringing Uninterrupted’s unique platform to Canada gives us the opportunity to share authentic stories as told by our country’s most celebrated and promising sporting icons — both Canadian born as well as those who’ve chosen to make the True North their home.”