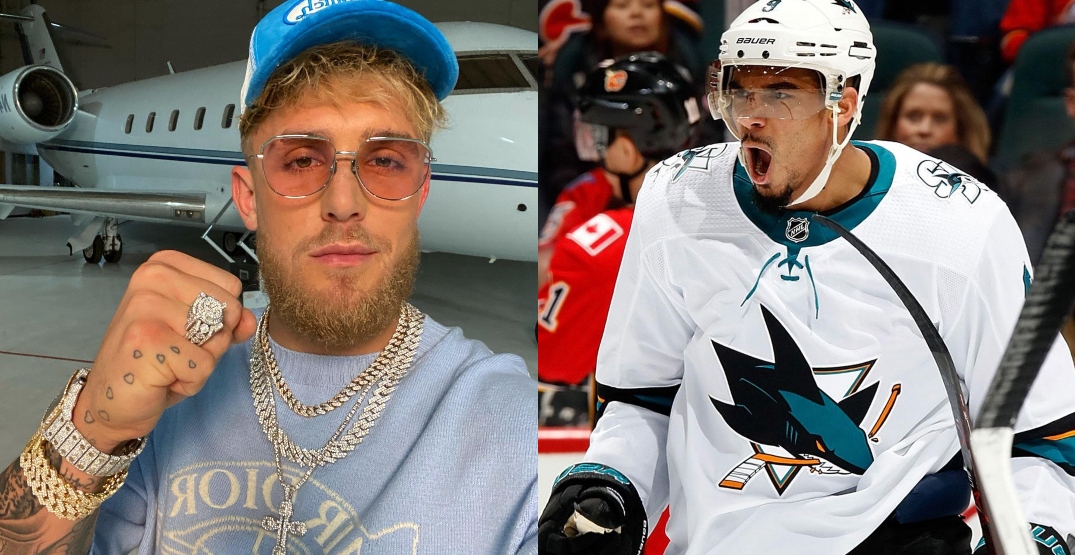 Named after a legendary boxer, Evander Kane wants to step into the ring next summer.

The San Jose Sharks forward took to Twitter on Sunday morning to call out Jake Paul after the YouTube star knocked out former NBA player Nate Robinson in a made-for-TV boxing event that also included a 54-year-old Mike Tyson stepping back into the ring.

“I’d wreck ya,” said the NHL star from East Vancouver. “Easy to beat up guys with no experience and much smaller.”

yo @jakepaul I’d wreck ya. Easy to beat up guys with no experience and much smaller. August 31st 2021 Vegas we can see if you really about that action. #YOURMOVE

Listed at 6-foot-2 and 210 pounds, Kane is significantly bigger than the 5-foot-9 Robinson. Kane is an experienced fighter on the ice, dropping the gloves for 32 hockey fights during his career according to HockeyFights.com.

By Sunday evening, Kane was still waiting for an answer.

Waiting for that answer @jakepaul https://t.co/EVe52HamTO

Kane’s calling out of Paul sparked up his rivalry with some Vegas Golden Knights players, with his old nemesis Ryan Reaves chiming in.

“That shark logo on your jersey is the toughest thing about you,” Reeves said of Kane in one tweet.

@evanderkane_9 calling someone out to fight?We might have to wait 9 years to see that. He might be a good prelim vs @KevinHart4real though.

Reeves, by the way, is also interested in fighting the famous YouTuber, among other people.

Right after I take care of @BizNasty2point0 at @roughnrowdy, @jakepaul can get that smoke. Book it!!