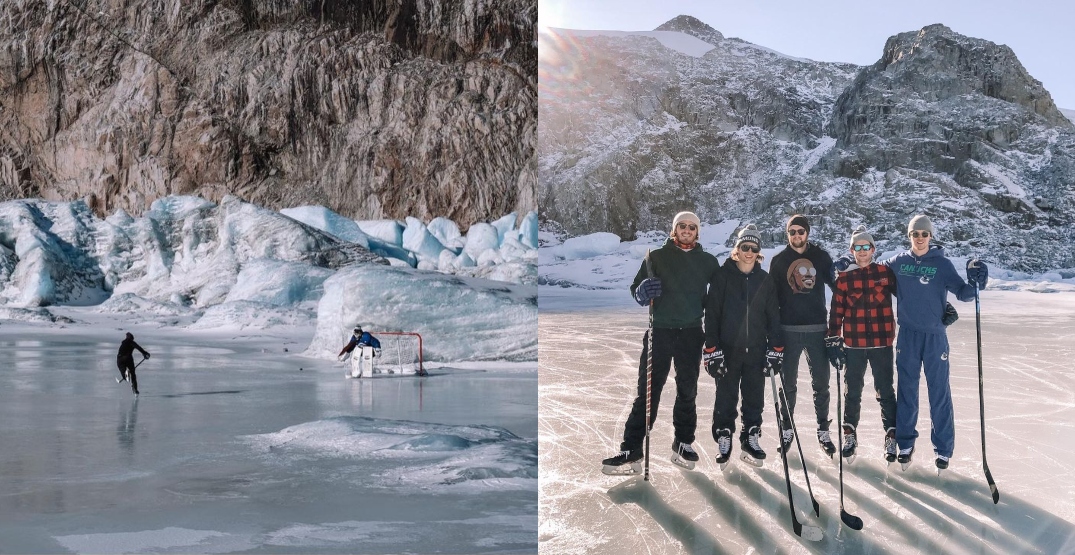 Ski season has begun in British Columbia, but a few Vancouver Canucks players found another alpine sport to participate in earlier this month.

A group of pro athletes, which included four current Canucks players, hopped on helicopters bound for the top of a mountain about 100 kilometres northeast of Vancouver, according to an article by Gerald Narciso in the New York Times. The trip, organized by local helicopter pilot Bradley Friesen, was to play a game of pond hockey with a breathtaking backdrop.

The trip took place on November 7, before the latest provincial health restrictions, according to Friesen. On Sunday, many of the athletes shared the spectacular photos and videos captured on the picturesque pond.

“Pretty indescribable feeling taking a helicopter way up in the mountains for an unforgettable day and one crazy place to play pond hockey,” added MacEwen.

Edler doesn’t have a public Instagram page, but judging by this passage in the New York Times story, he had a great time too:

“As the helicopters prepared to take off, Edler vowed to Friesen that they will have to do this again soon. But next time, Edler said, they’ll bring a barbecue and a cooler full of beers.”