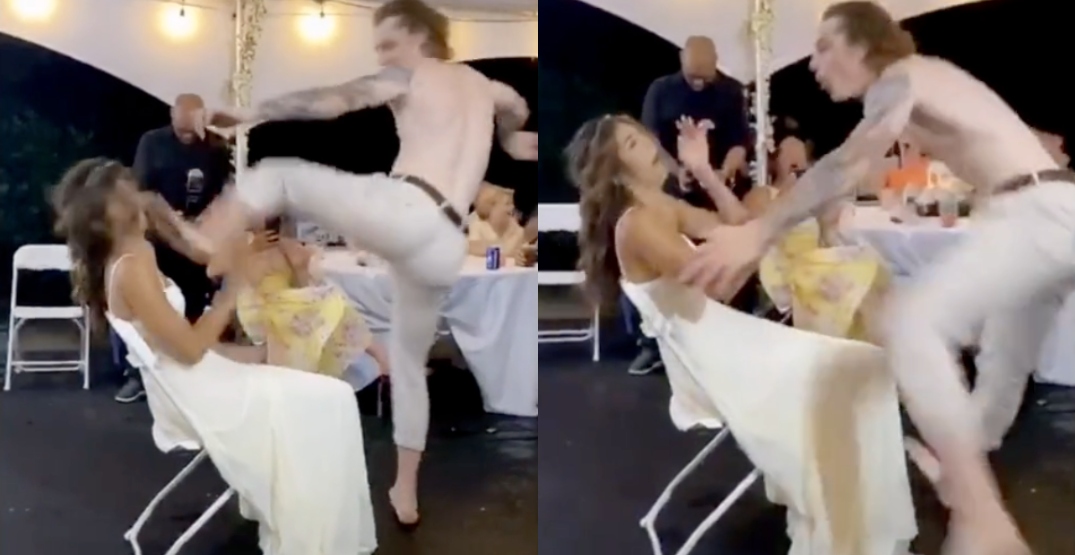 England isn’t a hockey hotbed, but they’re getting a kick out of Adam Gaudette today.

The 24-year-old Canucks forward got married this past June in what looked like a beautiful outdoor ceremony in Goshen, New York.

During the reception, Gaudette surprised his new bride, Micaela, with a shirtless lap dance, naturally. Walking in to the 1996 classic “Pony” by Ginuwine, Gaudette had the crowd laughing as he began his performance, but quickly had everyone gasping as a leg lift went awry.

He kicked his wife in the face.

A TikTok video captioned with “How my husband ruined our wedding,” was born, uploaded on Adam and Micaela’s shared account, @gaudsquad.

“I seem fine, but my head was throbbing and I went into a bathroom and cried for a little,” Micaela said in one of the videos. “He felt insanely bad but it was fine because we ended up partying until 8 am with our best friends.”

The kick has since been picked up by the Daily Mail, with a story titled “You may kick the bride: Groom ‘ruins wedding’ by accidentally booting his new wife as he performs topless lap dance for her.”