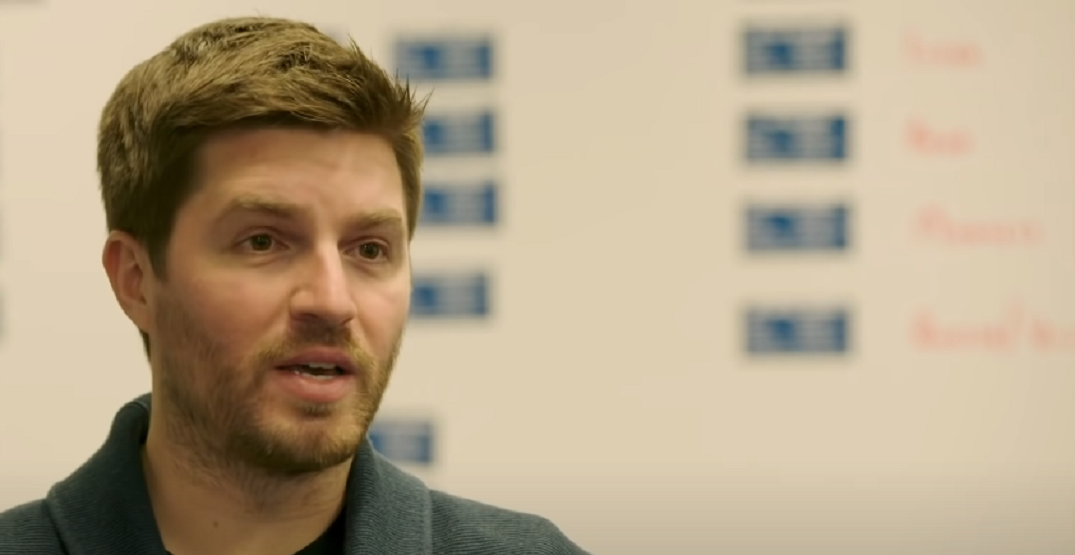 The new Amazon Prime Video all-access series All or Nothing: Toronto Maple Leafs sheds light on just about everything that happened within the confines of the one-season NHL North Division.

One scene — in the show’s third episode —  documents the Leafs’ front office discussing a possible rescheduling of games due to the Canucks’ COVID-19 outbreak in April.

“You called me to tell me that we have to jam a back-to-back in our schedule because Vancouver had [five games in seven days], and that’s not safe and healthy,” Dubas said in the series to a what was likely a representative from the NHL on a phone call, though it’s unclear exactly who he was talking to. “Now you’re trying to tell me that we can play a five-in-seven this upcoming week. Why is our health and safety not as important as Vancouver’s? Why are we getting… fucked?”

Perhaps Dubas eventually got his way, though. It’s unclear exactly what passage of games Dubas was worried about, as the “five-in-seven” did not come to fruition for Toronto.

The Canucks were shut down from March 25 to April 17 without a single game played. Their first two games back were against Toronto, being moved from April 17 and 19 to April 18 and 20, respectively.

No team was hit harder by COVID-19 than Vancouver, as the P.1 variant resulted in 25 members of the team testing positive.

The league made changes to the schedule after J.T. Miller raised safety concerns, as Vancouver was going to be expected to return with a back-to-back against Edmonton and Toronto, after just one practice together. The NHL extended its season, resulting in the Canucks and Calgary Flames finishing their regular season schedules after the Stanley Cup playoffs had already begun.

Three other Leafs games against Ottawa, Winnipeg, and Montreal had their dates changed as they were affected by other scheduling conflicts created by Vancouver’s outbreak.