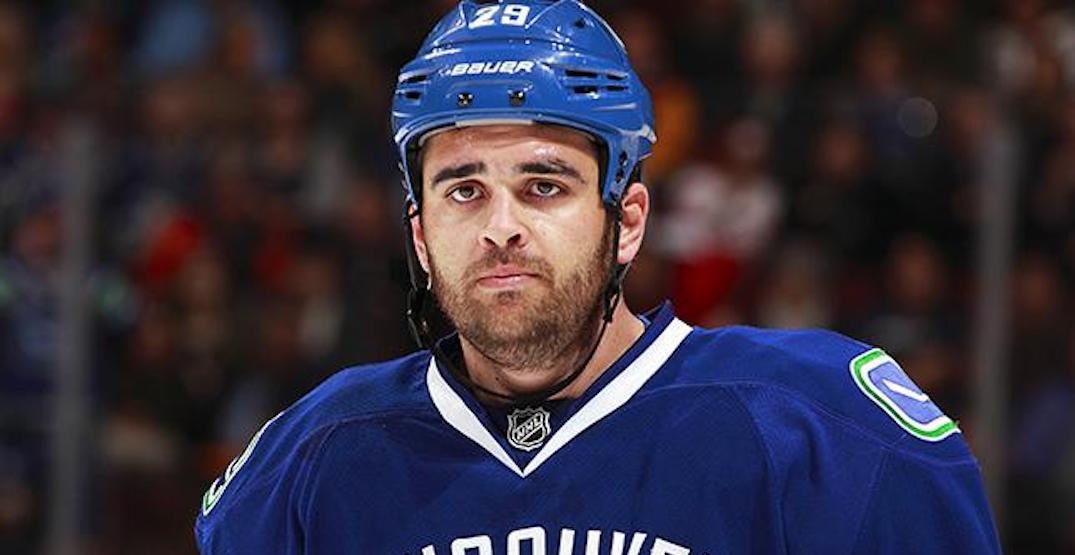 The NHL regular season hasn’t started yet, but Robin Lehner has already set the league on fire.

The Vegas Golden Knights goaltender sent out a series of tweets over the weekend, calling out NHL teams for their treatment of players. It began with Lehner calling out his former team, the Buffalo Sabres, for how they’ve handled Jack Eichel’s injury.

Lehner then spoke about his own experiences.

“Is it common for work places to give out benzodiazepines to employees when they travel and ambien? Should that not be done by doctors or psychiatrist? Asking for a friend,” he said in a tweet.

#PhiladelphiaFlyers ? Dinosaur coach treating people robots not human. Fire these dinosaurs. Fire #vigneault first story. I got proof.. try to shake your way out of this one ….

Lehner even called out former Vancouver Canucks head coach Alain Vigneault, who he has never played for, saying he deserved to be fired.

“I’ve been coaching a few years. I am tough, I am demanding, but I care about my players,” Vigneault said in response on Monday. “Through the years there’s probably some players that liked me, and some other guys maybe a little bit less. I’ve done it with the best intentions, with respect.”

Former Canucks enforcer Tom Sestito has also weighed in, saying the amount of Toradol and Ambien he was given in his career was “insane,” and that it wasn’t until he got to the Pittsburgh Penguins late in his career that their doctors were able to get him off those drugs.

“[Penguins] team of doctors were the ones to get me off all that shit, and were dumbfounded as to why I had all of it to begin with,” Sestito said.

Toradol is a pain killer, while Ambien is used for short-term sleeping problems.

“Good for [Robin Lehner] standing up for the greater good,” said the 34-year-old former NHL enforcer. “The NHL is getting a lot younger these kids should know what they are walking into.”

Good for @RobinLehner standing up for the greater good, I can only speak for myself, the amount of vitamin T (Toradol) and Ambien I was given is insane. As the NHL is getting a lot younger these kids should know what they are walking into.

Also, there are great organizations in the NHL, @penguins team of doctors were the ones to get me off all that shit, and were dumbfounded as to why I had all of it to begin with

Sestito had a 12-year pro hockey career, playing 103 of his 154 NHL games with the Vancouver Canucks over three seasons, from 2012-13 to 2014-15. He also made stops in Columbus, Philadelphia, and Pittsburgh.

“We take [Lehner’s] comments seriously and we’d like in short order to be in a conversation with him so we can hear his concerns directly and we’re going to follow up to see what merit there may be to his concerns,” NHL Commissioner Gary Bettman told Jeff Marek on Sportsnet radio. “You don’t have to tweet to get our attention. We have an 800 number people can call. You can call us directly, we’re an open book. But if he has concerns we want to hear them and see how they need to be addressed.”

On Tuesday Lehner confirmed that he had spoken to the NHL and NHLPA, and seemed hopeful that changes will be made when speaking at a press conference.

“The last 72 hours have been incredibly difficult,” Lehner said. “It’s not easy to do this. I had a great talk with the NHL and the NHLPA over the last day. I’m excited over the potential change that can be made to protect the younger generation. This is something I’ve been advocating for years, and I’m encouraged about the approach they want to take.”