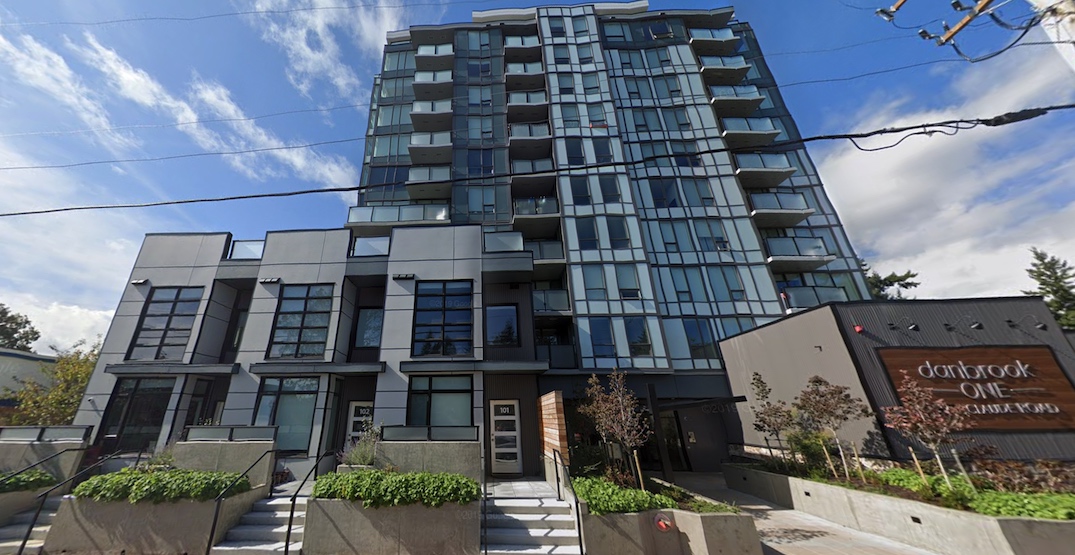 A building engineer has been reprimanded for his poor design work on an 11-storey concrete residential building on Vancouver Island.

Last month, Engineers and Geoscientists BC (EGBC), the entity that regulates the profession of engineering in the province, took away Brian McClure’s license to work as an engineer.

The building in question is Danbrook One, located at 2766 Claude Road in Langford, containing 90 rental homes. It has since been renamed RidgeView Place with the address of 2770 Claude Road, and various upgrades to address the structural deficiencies were completed earlier in 2021.

The ruling against McClure listed 18 different technical defects with the 2019-built structure, detailing major deficiencies in the design’s ability to be resilient to seismic forces.

This includes descriptions of “the overall foundation design scheme is inadequate to resist seismic forces,” and “in some locations, the thin concrete walls supporting slab bands have no integral column cages and only a single layer of reinforcement and are at risk of failure due to spalling.”

EGBC states “the existence of the defects… demonstrates incompetence on Mr. McClure’s part.”

It was also found that McClure improperly relied on the design of the building’s core performed by his colleague, Ted Sorensen, and failed to review the design and identify major seismic deficiencies. He also failed to perform a sufficient number of field reviews and falsely confirmed the design followed the 2012 BC Building Code.

There was a window of opportunity to address the issues in 2017 — while the building was under construction — when Skyline Engineering brought to his attention their serious concerns about the structural design.

Not only has McClure’s license with EGBC been cancelled, but he has been ordered to pay a fine of $25,000, and pay $32,000 to EGBC towards their legal and investigation costs.

After two years, he can apply for reinstatement, but he must complete continuing education courses for retraining, provide references attesting to his “good character, good repute, and practice competency,” and provide letters explaining why he wants reinstatement and how he has changed.

In 2019, an engineer was also stripped of their license for designing a Surrey condominium tower with a poor seismic code.