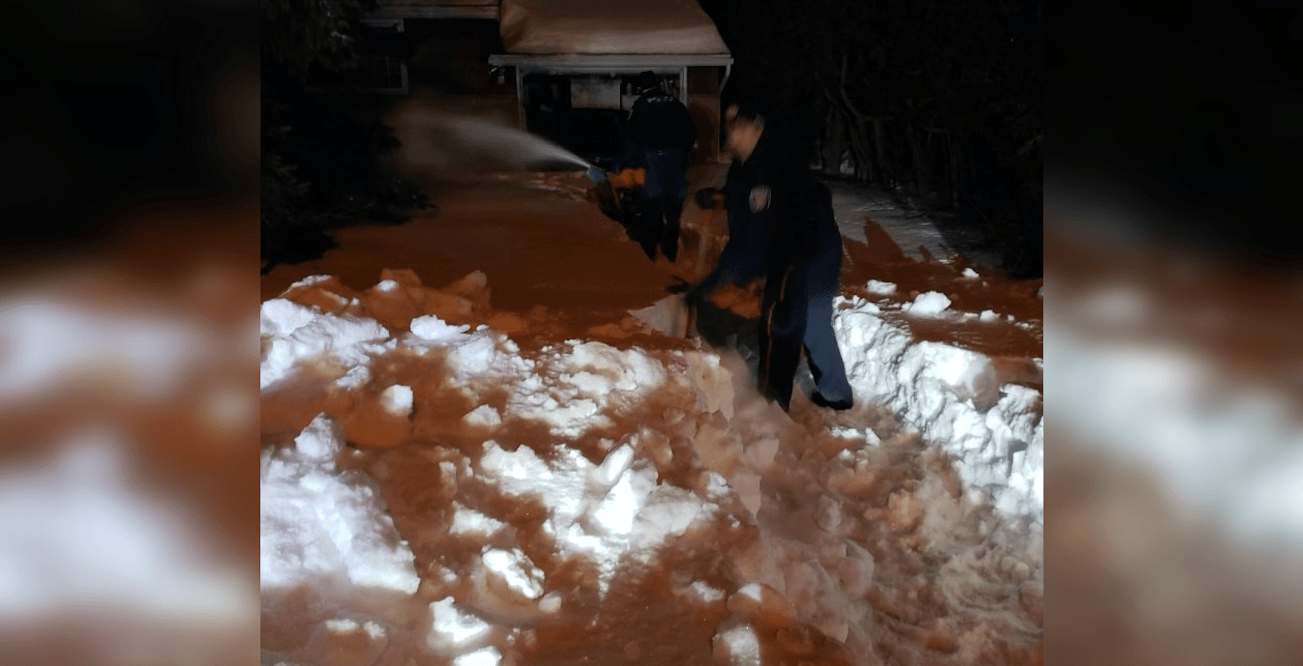 A Canadian senior has been found alive after spending the winter snowed in, living off whatever he had in the house.

Ottawa Police responded to the man’s home Thursday night after a request by a concerned neighbour who appealed to authorities to do a wellness check.

Upon arrival they found “a winter’s worth of snow piled high in the driveway with no tracks and no signs of life,” according to the force.

When officers forced their way in, they found the elderly man inside “alone and live.”

“He told them that after being snowed in he spent the winter living off whatever he had in the house,” the police service said in a message on social media.

Three officers used a snowblower and shovels to dig the man out. A city crew was enlisted to remove mounts of ice that had accumulated at the end of the driveway.

Going forward, police are bringing him groceries and contacting services to ensure he has proper supports.

The force says this is a reminder for people to check on the wellbeing of their neighbours.

Thank you to all involved in this call and please remember to check on your neighbors regularly! https://t.co/5xpUpOCNNv