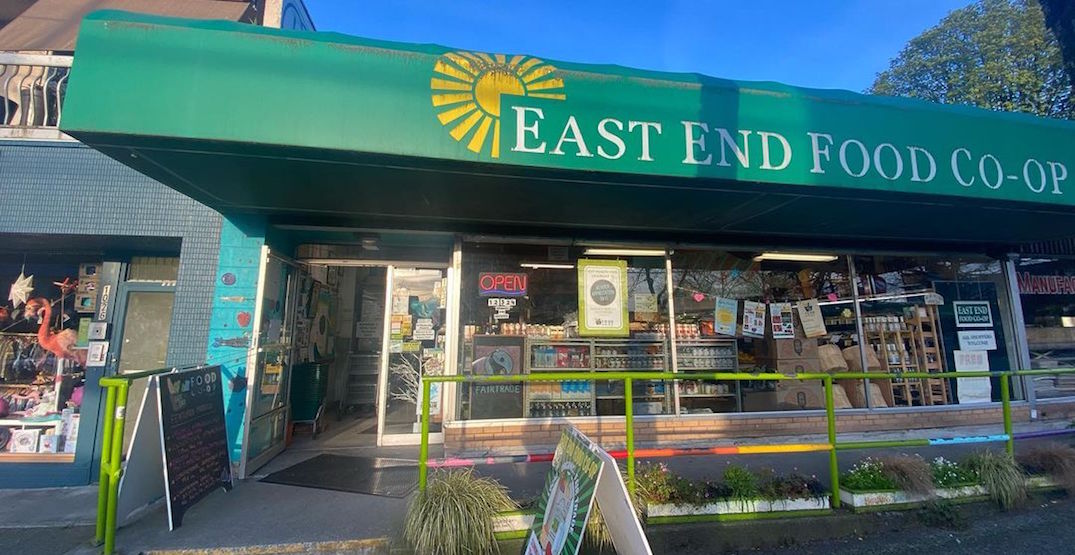 The time of the food co-op in Vancouver has sadly come to a close.

The East End Food Co-op, a community spot for groceries that has been part of the neighbourhood for nearly 50 years, will be closing for good as of May 15.

The store, located on Commercial Drive and founded in 1975, once operated as a volunteer-run buying club, was only open a few days a week and focused on supplying its members with locally-produced health food products. It soon outgrew this model and became a fully-operational storefront with 240 member households.

The store had been seeing declining sales over the last decade, and the strain of the pandemic made the co-op’s financial position even more dire.

The lease is up for renewal and, instead of renewing, the food co-op’s board has decided to close the store for good.

According to a press release, “The Board explored every option for keeping the store open, but considering that our lease is up in June, we simply ran out of time.”

Vancouver used to be home to several food co-ops, many of them founded in the early 20th century, including a Kitsilano Co-op, Golden Harvest Co-op, and Eat Me Co-op. All of them have already closed; the East End Food Co-op was the only remaining one left in Vancouver.

The co-op’s final day of operation will be Sunday, May 15.

All of the inventory must be sold, which means there will be discounts throughout the store. Members will also receive 10% off on everything through closing day.