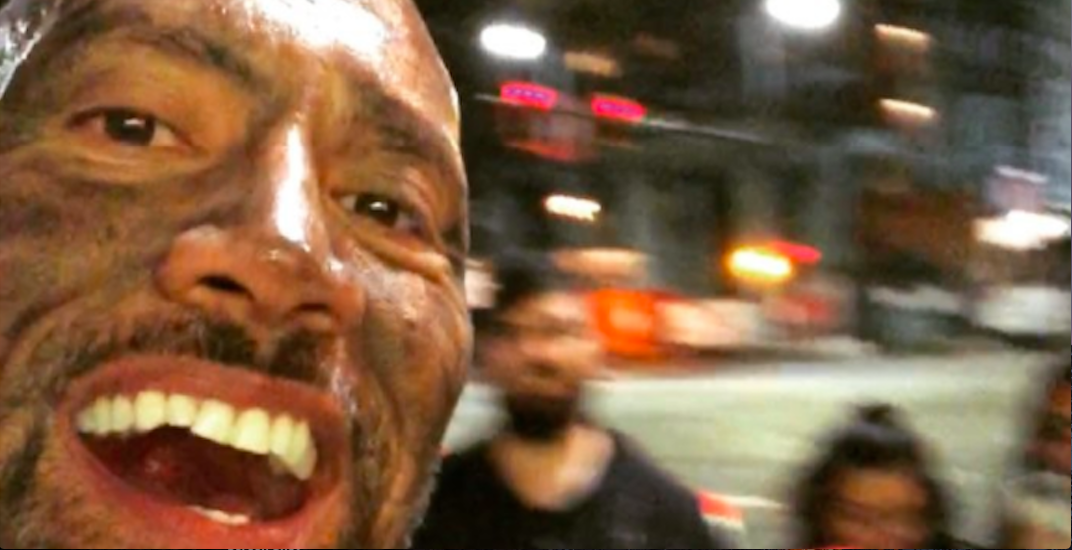 The Rock had some fun with fans after being on set.

It’s no secret that The Rock loves Vancouver. But by now, it should also be clear that he can’t stop having fun with his fans.

In the latest instalment of what has become a series of Instagram videos and pictures chronicling his time here while shooting the new blockbuster film Skyscraper, Dwayne “The Rock” Johnson decides to have some fun with some eager fans after another long day on set.

And while, that is ultimately what he ends up doing, The Rock’s sense of humour is on full display as well, as he puts his own spin on the simple request.

How’n the hell is a man expected to get any work done on his job site. Ok, one “hi” and then I’m out. This disturbing me while I work is a bunch of horseshit! Truth is it’s 2am, they’ve been waiting for hours and I’m a lucky SOB to have the greatest fans in the 🌎#SkyscraperMovie #grateful 🤙🏾

This isn’t the first time he’s greeted excited fans with a smile late a night, after a day of shooting.

Late last month, the former WWE superstar-turned actor had another run-in with fans, and at first made it seem like he had almost had enough of it all. But, similar to this video, there was a twist to his plan.

Well played, sir. Thanks for the laughs.